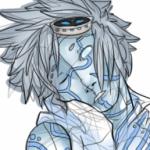 Originally joined the forums in the first week of June 2004, Member 27.

Ran rampant through the forums with a spammer named Master Chief, no relation to Halo.

Then became a mod and spent a few years more or less keeping the forums a safe place for all.

Nearing the end of the original forums I was fired as mod, I did get lazy though.

I also found my way into a few comics by the users that weren't so flattering.

My history here is embarrassing and complicated. Reboot. <3