WG Weekly Comic (and other updates)

222 replies to this topic

To maintain a more consistent stream of new content, Wolfy and I are starting the Wulfgard and Nova Refuge Weekly Update Topics. Every Sunday, we will try to post something related to either one or both of the universes. Yes, sometimes there will be a WG update and no NR, and sometimes vice versa - maybe a whole new comic page or story chapter or a preview of an upcoming book, or maybe just a new sketch or a new page on the wiki - but the point is, we will try our best to post something.

These weekly updates will be posted as a reply in this thread and the Nova Refuge equivalent, and larger updates will also be posted on the respective universe's news blog. You can discuss all of the updates here and/or leave a comment on the blog post, but if there's an appropriate topic elsewhere on the forum (for example, the topic about the comic for comic updates) we would prefer you to use that, and we will try to link to it in the update. 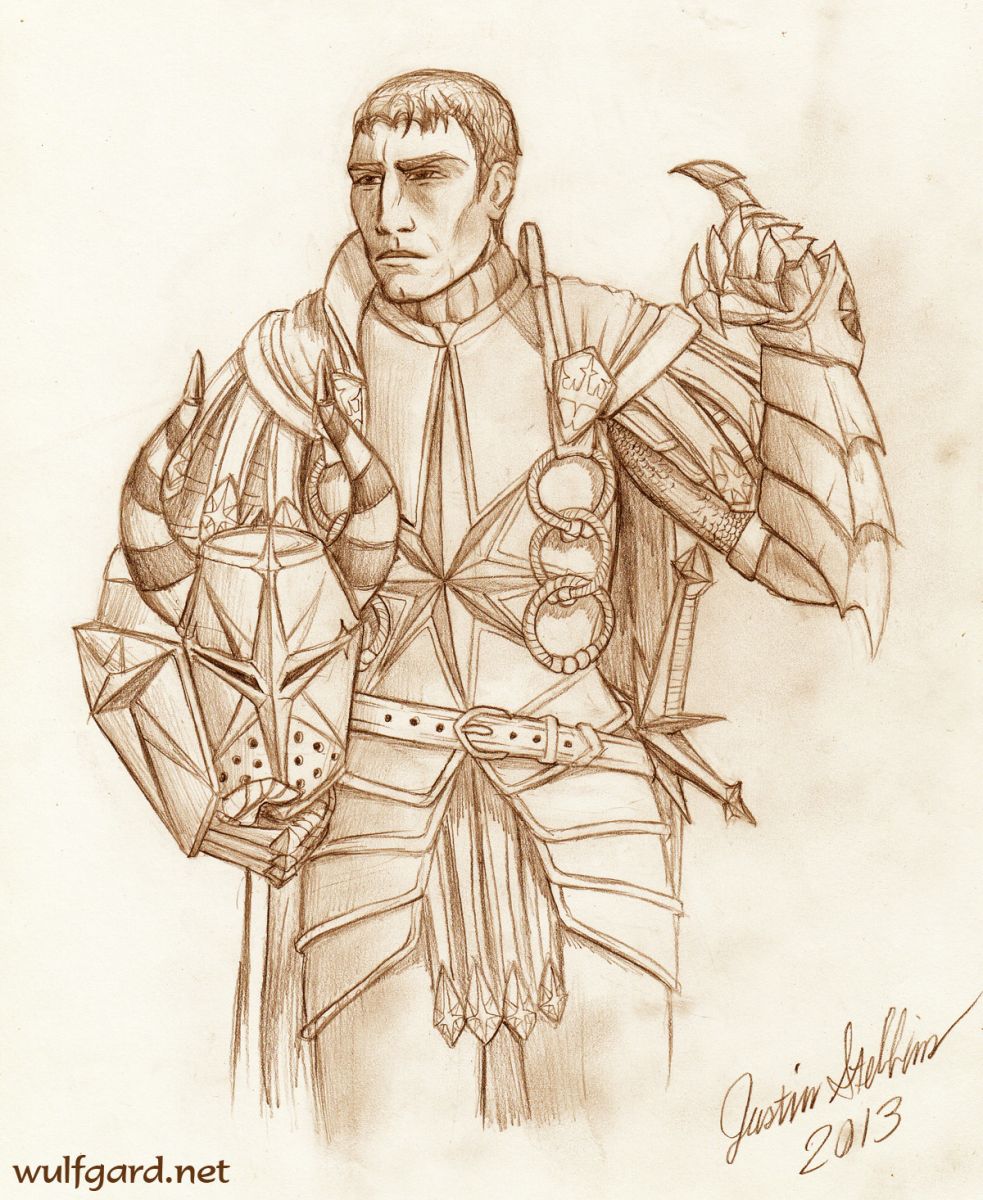 As you may have noticed, the Wulfgard board on SSLF finally has its own skin again! Nova Members may opt to use this skin for the whole forum using the "Change Theme" button in the very lower-left corner of any forum page.

Also, we're kicking off the last of the four parallel storylines of Wulfgard: Into the North this week. In this chapter, we finally meet our narrator: Dagfari Firebeard.

Solid page! I love the way you colored this one as well as how Dabfrag is holding his hammer in the second panel. Makes him look all Thorlike. Oh, his name is changed? He'll always be Dabfrag to me

Was too busy this weekend to finish another comic page (those things take forever), so have some Wiki content instead: 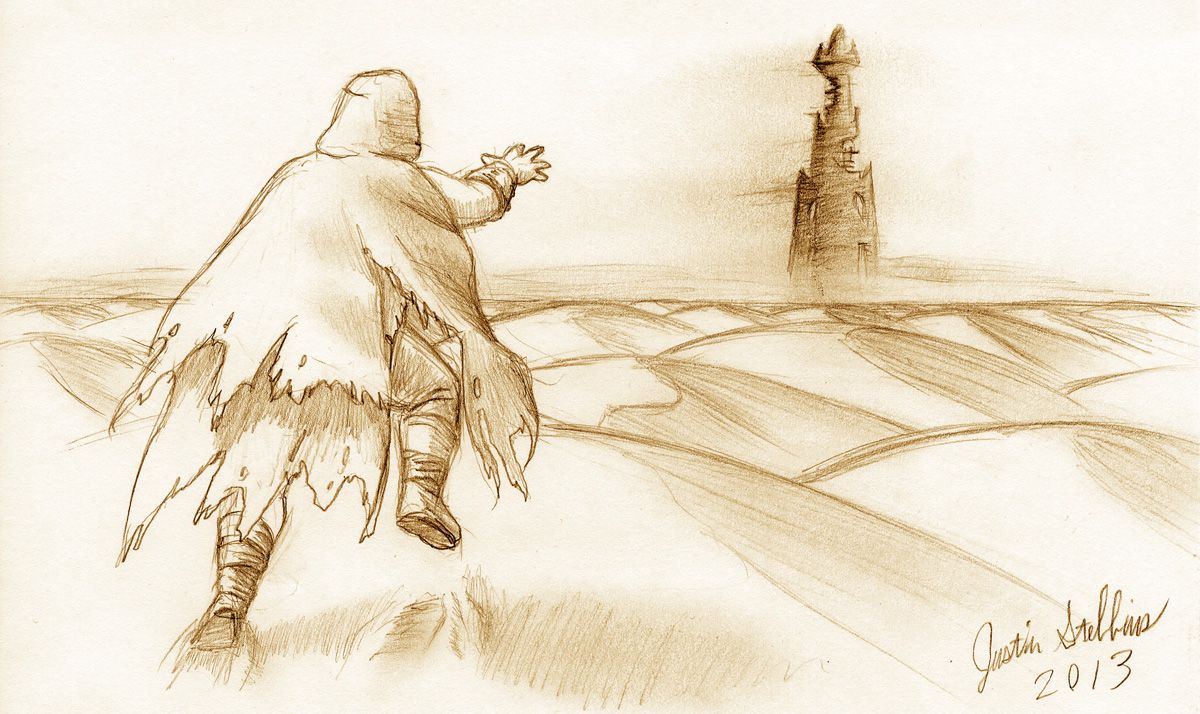 Sorry about not posting any updates in either thread last week. I've been very busy. One thing I've been working on is moving the first Wulfgard novel (Maegan's story of Sir Tom Drake) closer and closer to publication. This includes drawing the chapter header sketches, which you might be familiar with if you purchased Warrior Born. Below is the work-in-progress header art for "Chapter 2: The Dragon's Wrath": 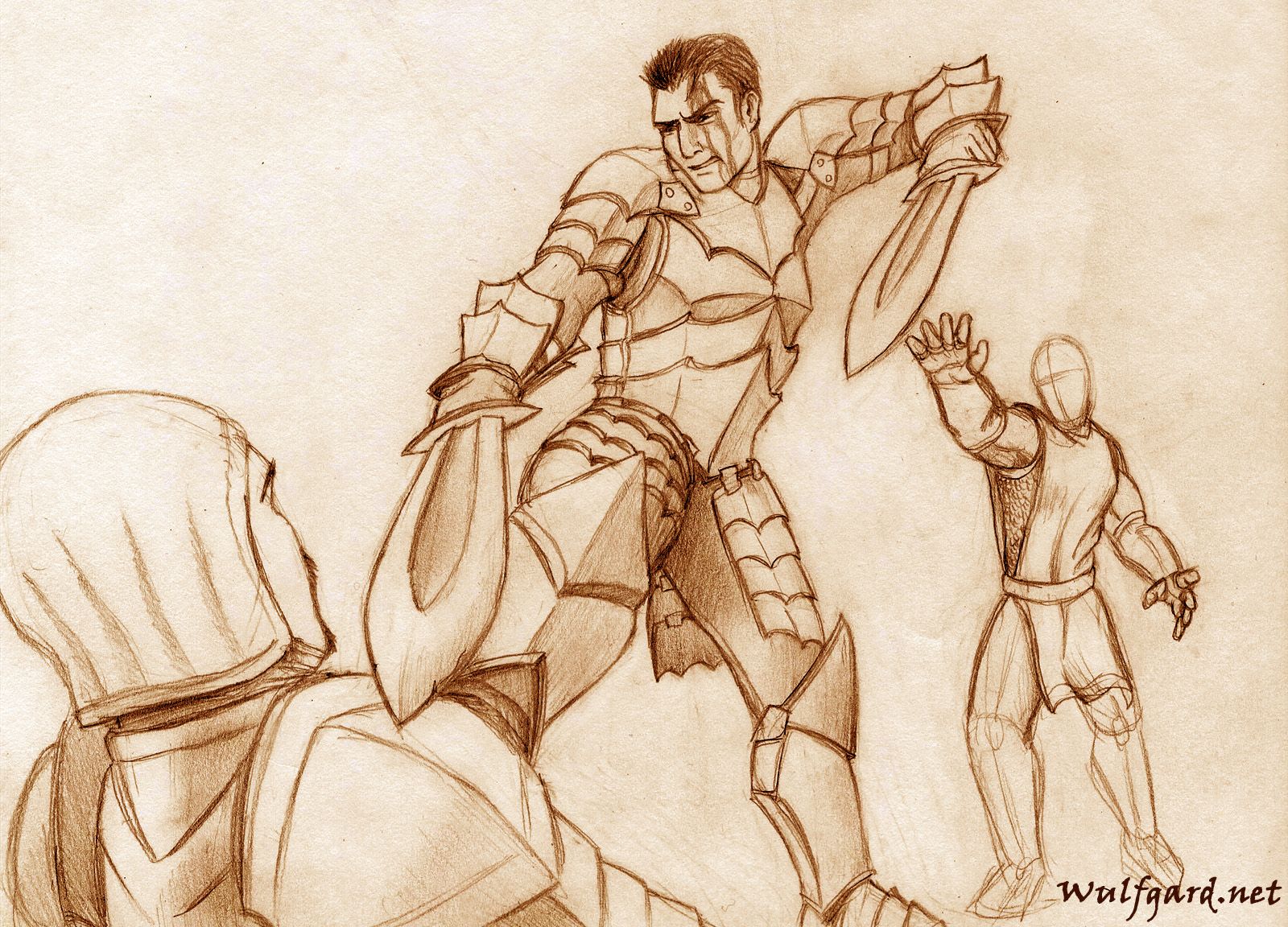 That's all for now, sorry - Hopefully I'll have more stuff I can post next time.

Oooh, holy crap that looks awesome! Drake looks awesome, his face, the blood, the armor, the pose, it all looks incredible! The design of the armor really shines though, that looks so cool. And WIP Corben's clothes look pretty cool, and Marks looks sweet too.

In the way of constructive criticism, I feel like Tom's right hand sword should maybe be back a little more, so it looks more like it's threateningly pointed at Marks instead of threateningly resting on his shoulder.

And maybe Drake could look a smidge angrier. Not much, maybe just making him a little snarlier and showing more teeth, or arching  his eyebrows slightly more. Corben's right hand needs some work too, but other than that nitpicking, this piece looks fantastic.

I can't wait to see the finished product. And are you planning to color it for the book?

Mmmm! So tasty! Drake's armor is simply fantastic! I love the posing of it all, it's so fluid! Really great stuff! Although, I do think there should be more blood. As the chapter states,

"Blood coated the entire left side of Drake’s head, running profusely down his face and dripping from his chin." In the picture, it's more a trickle. Put that's a nitpick.

Along the same lines though, I agree with Harry. Unless he already stabbed Marks's shoulder. But even then, I think he'd have his blade higher. Another nitpick, Corben's left hand looks like he has two thumbs...

Not to sound like I hate it though, 'cause it's gorgeous! And I love it to pieces!  Looking forward to see the rest of the sketches while I read the book!

Thanks, guys! I appreciate the suggestions. About the shoulder thing though: My idea was that Tom was threatening to cut Marks's throat, and I prefer a "beside the throat" position over the "tip of blade pointed directly at throat" position. Perhaps I've seen the latter too often in movies and such, where it frequently gets easily swatted aside by the antagonist.

And are you planning to color it for the book?

The illustrations inside the book will probably be black & white sketches, like the ones frequently seen on the wiki and website.

Thanks for the comments on that sketch, you two.

Sorry about the lack of an update yesterday! Things are somewhat hectic right now. With any luck, however, you can all expect a story - most likely to be posted in two parts - in the upcoming Sundays.

For now, we've updated the Felesians page on the wikia with lots of information on various felesian races and their cultures. Also, new on the Octopians page, you can find a sketch by Klaykid:

Klaykid's art topic on SSLF can be found here. I highly recommend checking it out.

That's all for now. Keep an eye out for further updates, including more sketches and a story.

Been waiting for this page. For a long, loooong time. Looking forward to the story.

More wikia updates this week! Hopefully the story will be up next week.

Blame my artist/editor/proofreader/whatever, not me.

An all-new page on vargs has been posted!

And the page on saurians (lizardfolk) has been expanded to include more general information. We've also added some sketches to the Illikon (specifically the Docks section) and Dragons (specifically the Stormkrag section) pages, although after some discussion, we've decided that the Dragons page will receive a fairly heavy overhaul in the coming weeks.

Enjoy! Be sure to check out next week's update, which, with any luck, will be a story and some accompanying artwork.

I find the vargs really interesting. Intelligent, free-willed, even magical in some cases. Much better than the inherently evil goblin chauffeurs you get from Tolkien's wargs and D&D's worgs.

It's funny that all three of these worlds have different spellings for very similar things.

The sign-ups for an all-new Wulfgard RP, "Nidavellir," have begun! It is a non-combat, mystery RP set in the harsh and highly magical realm of Nidavellir, the underground world far beneath Midgard, the realm of humans. Please have a look and sign up - I promise it'll be fun! Here's a sketch of a svartalfar city to accompany the RP:

Also, the wiki has been updated. Various pages have been cleaned up and revised some, and lots of links were added and fixed across the wiki. There have been several other updates as well:

- The Dragons article has been almost completely revised, with the exception of the Pseudodragons and Known Dragons sections. The classification of dragons is no longer in place, and the hybrids section has been slightly altered to include the possibility of dragon-men.

- An all-new article about Men has been added. Although it may be revised more in the future, it provides at least brief descriptions of each race of humans.

- The Dark Elves article has been revised some, and it will be revised more in the future to clarify certain ideas and descriptions EDIT: revision is now complete. Also, a sketch has been added to the page:

- An article about Demon-kin has been added. Primarily, it is composed of information that already existed in the Demons page on the wiki. However, the Demons page is now slightly shorter and more organized, as the section on demon-kin is now its own article. The Demons article will be cleaned up more in the future.

- The Elves page has been revised for clarification and improvement.

- The Chaos Races article has been broken up more so that it's easier to read.

That's all for this week; hope you enjoy the updates! Again, please take a look at the new roleplay game, Nidavellir. I'd be happy to have you along for the ride.

The revisions are nice, and the format is much easier on the eyes. Great work! Looking forward to more updates!

Not that that means much... But yes, I loved it!

Splendidly written! Your short stories are a pleasant treat between comic updates, and I'm definitely looking forward to learning more about this "Whisper" character.  I remember you mentioning her frequently in your drawings' captions, but I've heard few specifics about her backstory.