I'm Joe and I'm  an adult with a real job and everything from the UK. I found this site years and years ago looking for decals for Metal Gear Solid, and I've found myself unable to leave.

I'm an avid gamer, reader and customiser of Lego minifigures. I also bore my   wife to death talking about Android OS updates.

I loved MGSV, it remains one of my favourite games. That being said it did have it's shortcomings.

It's going to be weird and stupid and great and oddly obsessed with Norman Reedus' penis, just like Kojima himself.

That sounds pretty cool, I'd be really interested to see if GRRM translates well to games or if it's an unmitigated disaster.

I'm imagining an episodic series with 8 year waits in between episodes.

When did linear become such a dirty word?

It's almost as if you can't stuff in microtransactions.

"If someone'd help poor Cresty up, I can ease him down from here. Same for my dog, too."

Crestwell raised an eyebrow at the nickname, but said nothing. He viewed Cyrus' back in silence for a beat, before exhaling.

"Well, this trip is definitely giving my ego a beating." He gingerly moved towards the other Venator, passing his crutch through the gap to Kate before placing a hand firmly on Cyrus's shoulder. 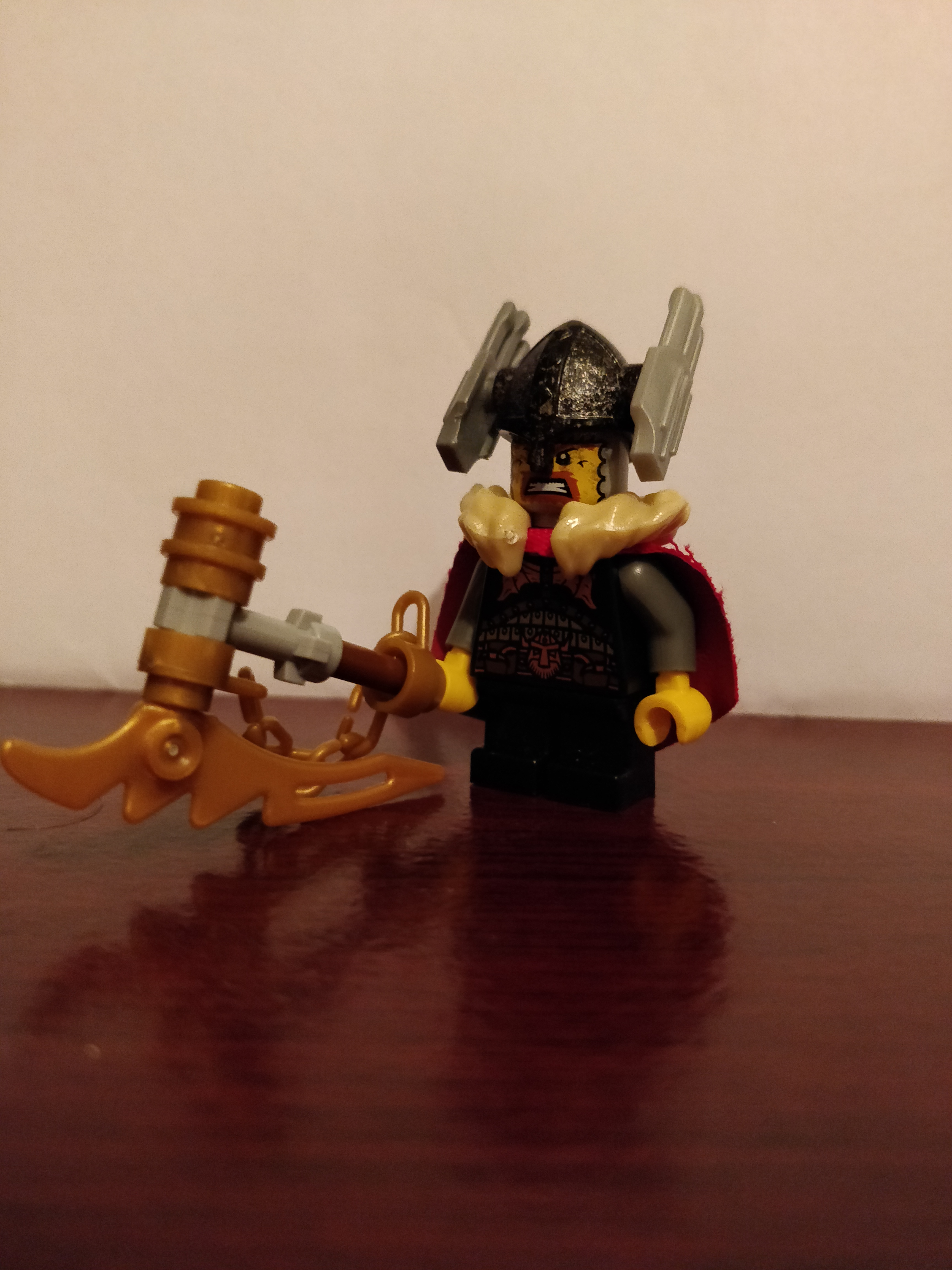 The High King of the Dwarves

This guy is heavily inspired by Nightstalker's brilliant dwarven armies. The axe is a sacred artefact and his symbol of office. Were he to return from battle without it, his power would be worthless. 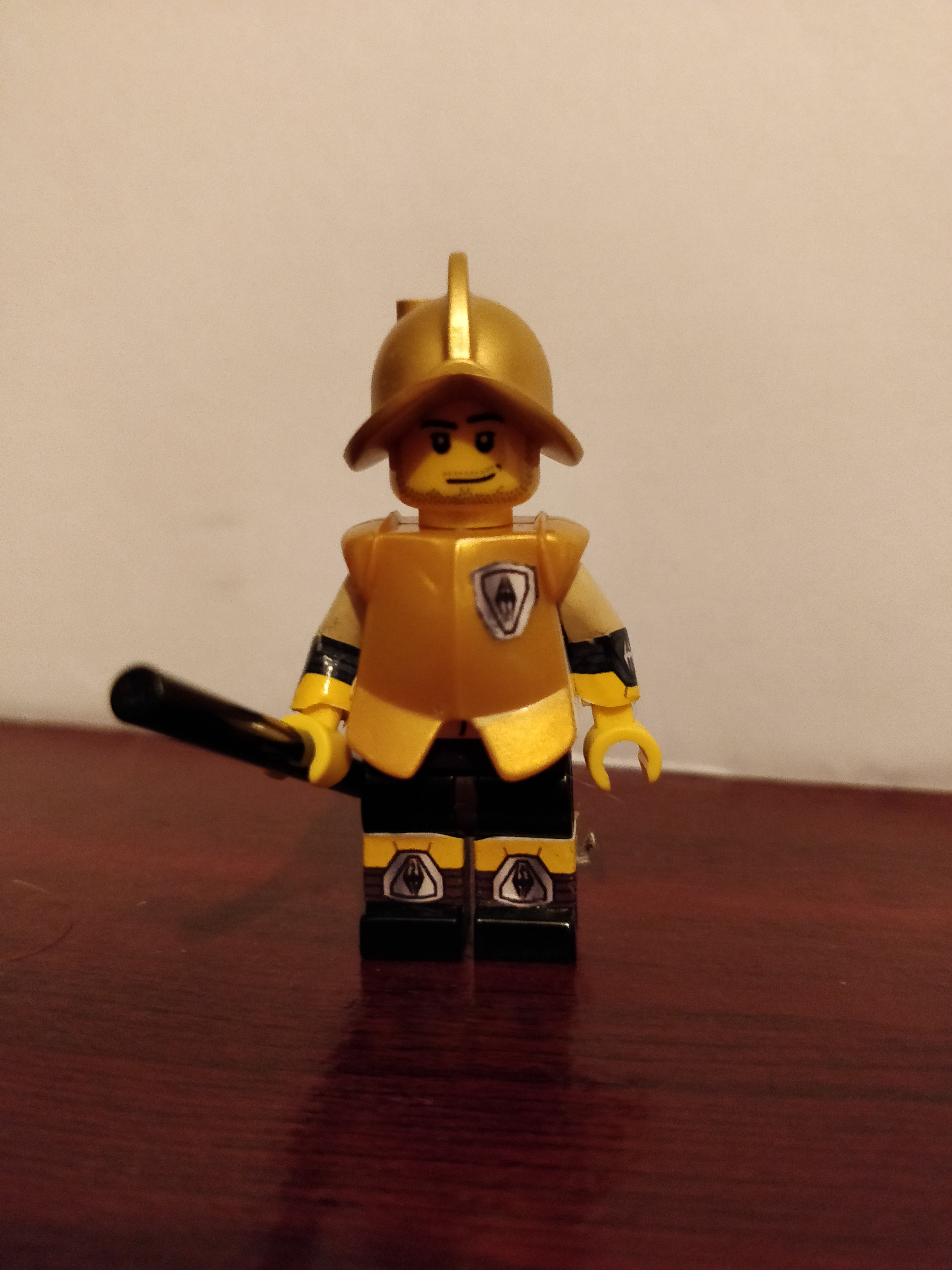 I love the Discworld books, and Mr Vimes is my favourite character. Nuff said. 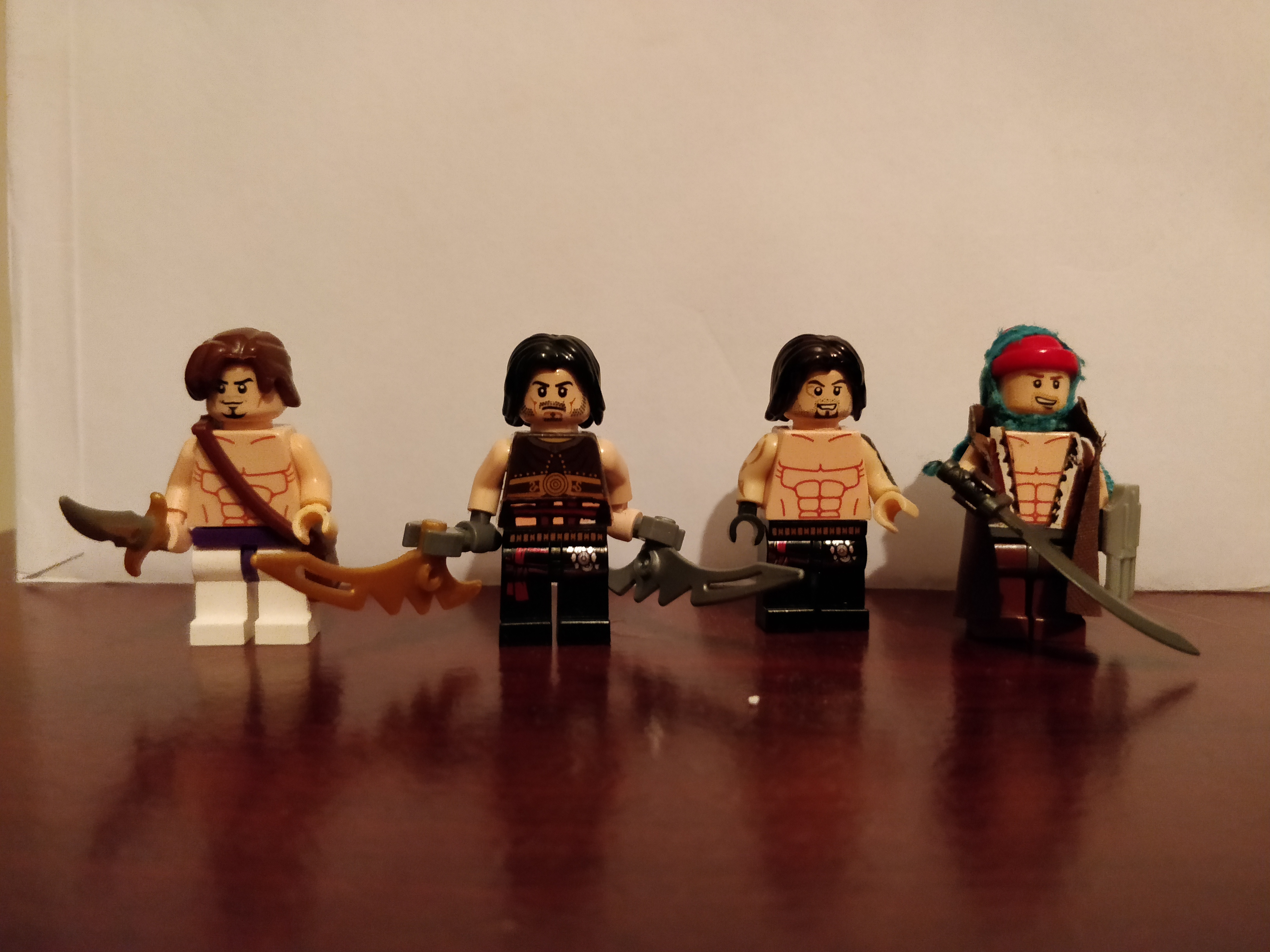 I love each of these games in different ways, and I think it's such a shame Lego never got to make sets based on the games, not just the movies. 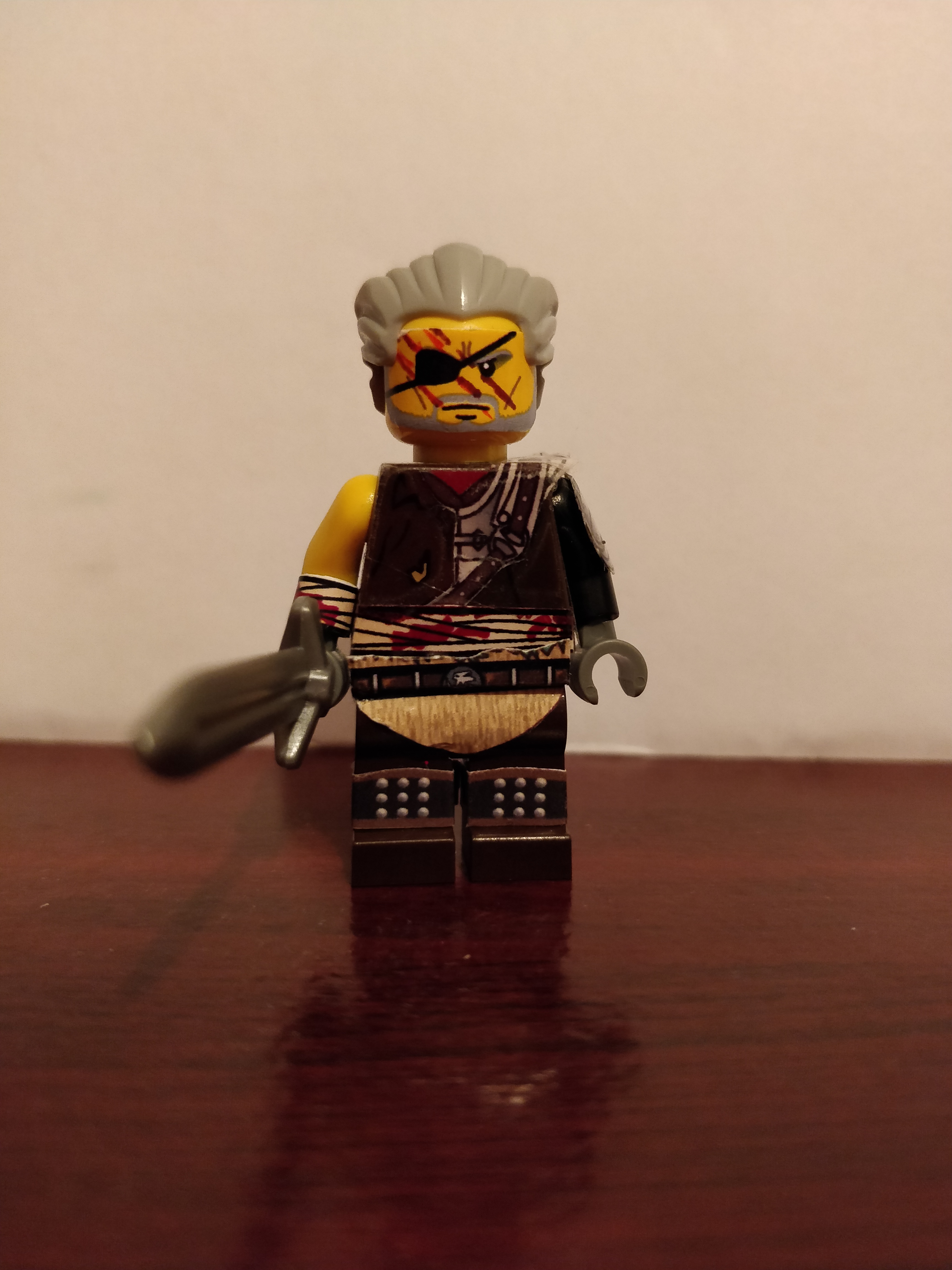 And finally (for now), a better picture of Garandros, one of my Errant npcs, for whom I really tortured Scorp's decals.

I'm a little upset that my choice isn't on the poll.

It's pretty obvious looking back through this thread that Ocelot won E3.

Nobody's going to hurt a dog when John Wick's around, I think that lesson has been learned.

Ocelot's gone into far more detail than I ever could, but here are my own:

No doubt in my mind that they nailed the quantity of games and general showmanship, but the only games they showed I ever want to play were Cyberpunk and Just Cause 4. Hard meh due to my personal preferences.

The whole thing had a bit of a vibe like being invited to that weird kid's house, but the games they had looked spectacular. Death Stranding, Spiderman, Ghosts of Tsushima are all games I am extremely excited to play.

I was hoping Nintendo would announce the second generation of Switch, in the same style as the DS Lite or the New 3DS. I want to get one but I know there are flaws in the console that can be fixed.

I'm (very) excited for the new Pokémon, don't care at all about Smash, wish they would do something with their other IPs (I know you have a Metroid in development Nintendo, show us that).

Well, I might get to play TES6 before I die. Starfield looks inscrutably teaser trailery, it could be an advert for washing powder for all the info we got.

Hooray, Bethesda are Metal-Gear-Survive-ing Fallout. Because what we've always wanted in Fallout is for LoneDabber877 is to come and teabag us in bright pink power armour. Sigh.

I just had to Google what they revealed, because all I could remember was AC Odyssey. Which looks great fun, but I'm still pretty burned out on the franchise so we'll have to see. Splinter Cell would have been nice, but I guess they're still working out how to make that open world with 695,000 minimap icons.

Bioware is making slightly better Destiny/worse Mass Effect in Anthem. Mass Effect "isn't dead", but they've chained it up in the basement and won't consider letting it out for a while.

Another Star Wars game that will be cancelled or have a stripped down single player so you can buy lootboxes.

I hate these guys.

Shadow of the Tomb Raider looks fun, if silly levels of DARKNEEESS. Remember when going on an adventure used to be fun? Just Cause looks similarly enjoyable.

I think someone saw Konami drunk in the lobby, screaming about Pachinko, but they were escorted back to their room, throwing up terrible ideas as they went.

Edit: Best game of E3 for me is OVERCOOKED 2. The first game is pure joy, and this looks like more of that.

EA had the most boring press conference

Anthem just makes me so sad every time I see it.

I love the single-player Bioware RPGs so much, the Mass Effect series is among my best ever gaming experiences (and I liked Andromeda, fight me).

This just looks like Destiny except a few rocket boosters thrown in, and they're freely admitting that the single player experience is second class.

There's no way you can make a story that really matters when the world has to sit in this perpetual status quo to accommodate for online. It's why, much as I love SWTOR, it felt laughable that throughout the Zakuul storyline nothing changed anywhere else in thr galaxy.

Ugh. I just feel that if people want to play a derivative, mediocre version of Destiny, then they can play Destiny. Give us an awesome rpg. Use the Star Wars license.

OR TELL ME WHAT HAPPENED TO THE QUARIAN ARK DAMNIT!

"Absolutely not! I'm not that easily tricked, missy. You want blood to drink, youll have to find it somewhere else!"

Crestwell took in the mounting tension with something approaching exasperation.

"Forgive us for alarming you madam, that wasn't our intention." He smiled lopsidedly.

"We're happy to stay out here, perhaps you would be willing to talk if we don't cross your threshold? Lives may be at stake."

"Crestwell, have ya got a safe place to keep all these so we can confront him later? I don't want to risk him sneaking back and hiding or destroying it, if he gets wind of us finding it like we did."

Crestwell nodded. "Good idea. I'm not foolish enough to leave this in my own quarters though."

The group quickly yet cautiously carried the chest back through to the study, where it was hidden from view behind some large, rarely touched books.

Crestwell ran his hand along a shelf across the room, then walked over and sprinkled the collected dust over the disturbed books.

"That should sell it."

With that, they departed.

Krystia reddened slightly, a scowl forming on her face. She said nothing in reponse, but resolved to cut his purse later.

"Well we should all stick together, make sure nobody else goes missing." She grabbed Caiden by the arm again and turned to begin following the others.

"We have a great deal of mead, don't you worry. Sausages and eggs cooking in the back too."

He filled a large tankard and placed it in front of the man. It made a satisfying thunk.

"What brings you to Stonebridge?"