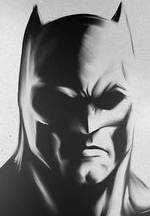 Unnofficial, but it has a very classic and powerful feel to it... Credit to deviantART member Timetravel6000v2.

The plot to the whole movie, so the rumors go, with Superman having to answer for what happened to Metropolis while Lex and Bruce work to restore Metropolis (which according to the same rumors, actually takes the place of Washington DC as the nation's capitol... interesting).

The TIME magazine cover can be seen in greater focus here:

Few high-res photos of the new Batmobile have been released here: http://moviepilot.co...external,manual

And finally the leaked Comic-Con trailer, case you missed it.

I have to say I'm not as skeptical on this movie as I was before... At the very least, it's guaranteed to look pretty.

Lot of folks have been looking for the official version of this song all over the net, so just in case you're one of them...

Arguably one of the best songs in the whole series, even if the movie itself was a little thin.

Hey, have you all seen this. What were-creature are you quiz. There's a couple of other ones, but this one's the only one I could get to. Check it out though, it's entertaining and there's a cool little picture at the end for your result.

Anyhows, two questions for you.

1. What happened to the other species of Lycanthropes (even though word itself only pertains to "wolves"); wearbears and wereboars... apparently kitsune are beastmen West of the Jagged Edge, but for the rest there's nary a mention.

2. Could Yeti be a race of lesser giants (like hill giants, though living East of the Jagged Edge), or are they bear beastfolk (many old myths have them painted as bear-men, according to Wiki), or something else entirely? Thoughts?

Man you wouldn't believe how disappointed I was when I heard Batman v Superman isn't connected to the Arrow on CW (a decent show judging by the budget they have; Flash look neat too). I feel like DC just lost a big opportunity to create a friendly rivalry with the Marvel Cinematic Universe; now it seems like a shame that a show that's in the same gritty realistic world as MoS/BvS goes to waste in its own corner. The sad thing is that it they could have united the universes if they wanted to, but Geoff Johns (a man whom I respect, but still think he blundered a little bit) "didn't want the writers and producers to do the extra work."

And you wonder why hobos don't make money. "You know, son, I could have sent you to college to get your degree so you could get a great job... but I didn't want you to do the extra work."

Here's hoping Warner Bros. gets motivated to grow a brain from all the money they see going Marvel's hard-earned way; my expectations of the studios and WB are still optimistic... I really do want them to succeed and get this friendly cinematic competition between Marvel and DC going; they'll try harder to best the other and everyone can enjoy top-notch entertainment.

I watched Man of Steel again tonight, and I still think that movie's awesome. I've really never liked any of Zack Snyder's other stuff, never had any interest in Superman as a character, but put'em together and somehow it all just works for me. I still just have no idea what to make of Batman vs. Superman, though. I think part of the reason I like Man of Steel is that it doesn't feel like a Zack Snyder movie at all, mainly due to the total lack of obnoxious slow-mo and "OMG look how cool this is" moments; kinda like he just chilled out and let the movie speak for itself, rather than sitting in the seat next to you going "Oh this bit's really good, just wait," y'know? It's like Zack Snyder 2.0.

Ha! I could have sworn they took Snyder inspiration for the games...

It can get repetitive though.

I got to wondering, if a werewolf from the Far South (coming from a Midgard of the equivalent of Sub-Saharan genes) could have dastardly curly hair? 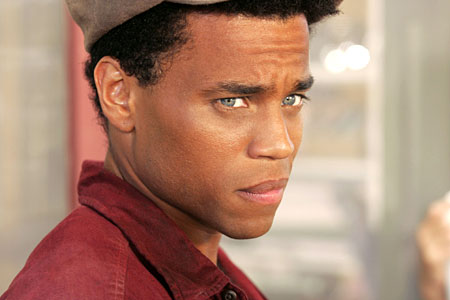