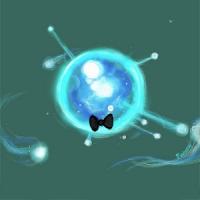 Well I can answer these in part.
1. Donor benefits is something the Mods were going to implement, but it hasn't been done yet. I think it's simply because in order for certain groups to access certain benefits they need a plugin that hasn't yet been installed. I have donated as well, although I think if anything a fancy coloured name and a title would be enough for me.
2. Well since all this time after the 1.1 release it still wasn't installed, I'm guessing that kind of thing isn't a priority. Very few people used it on the old server anyway as we're much more of a vanilla crowd to be honest. But anyway, we'd have to wait for Bukkit and then iConomy to update before the mods could even prepare to install it, so I expect weeks before that kind of thing begins to work.

[rant]
Grrr. I have to hate Mojang for still having no crossover between their updates despite how close together they are. I'd personally like to see servers able to run on the previous update while stuff like Bukkit and the individual plugins are released, but still be accessible to updated clients. To be honest I wish they'd stop adding features and start enhancing the experience of the game itself. Minecraft will become an old thing before it's even released if they carry on adding and don't stop to think about changing old features for the better.

Still, the thing that annoys me most is that my laptop of 2GB refuses to run Minecraft (at lowest settings mind you) at higher than 15FPS. And yet the moment OptiFine is added, I can run the game in its most beautiful state at around or above 30FPS. Why isn't a mod like that part of the game itself?

As much as I'd like to rape your houses and burn your women, me joining the side of the Imperials should help balance the battle a bit. And while it may seem unfair, I do agree that anything and everything that can be achieved legit should be allowed. Mainly because if you go out to fight you should expect to lose all your items anyway.

Also we still need to figure out a window of time for it to take place. I'd suggest because of the overwhelming majority on the server, the time should be most convenient for Americans. I do think however that we should at least try to get a time that fits for us Englishmen and the Australians as well.

All hail Squirrel, and thank Notch that co-ords were included in this game

Also, I agree that we should have waystations everywhere around the capital. They could have stores of food and some beds. It wouldn't even have to be illegitimate, as each waystation could be fuelled by the constant store of food that is the new breeding system!

In fact, I vote in favour of the idea that no Creative Mode should be used except in emergencies from now on. I like the idea of community that we had on the old server before Creative existed (barring those moments when certain members figured out how to use WorldEdit

#347853 Get Nova Refuge instructions in the store

Huh? What a weird conversion rate. Anyways, the book kicks ass. Make sure to ask for an autograph.

You can get autographs?

Exactly, finally. And don't think I'm talking about being killed by a lucky shot or anything wimpy like that, I mean dying heroically like Optimus in Revenge of the Fallen.

I don't know, Scorp is probably going to leave it a mystery at the end whether Scorp is dead or not and let the readers decide what they think. I mean, I don't think he's ever released an official statement about whether *spoiler* Dark-Dragon is dead or not *spoiler*.

But the main point of this topic is to discuss the overall result of the war, and while Scorp's life or death may have an affect on that it is an extremely unlikely occurrence.

@Lord_Capulet: You're right, underdogs don't win and stay underdogs. To defeat the Emperor, Luke had to first confront him and Vader. In order to win WWII, Britain needed Russia and America fighting against the Germans as well. I don't know anything much about the American War of Independence, but I do know that the Americans were outmatched by the British, and it was only the fact that reinforcements had to be shipped across the Atlantic Ocean that prevented us from winning. The key point here is that the underdog has to have that extra push, usually their enemies arrogance working against them, to fight back and win.

But the war can't really be seen as a Luke vs. Vader or a British vs. Colonial Americans thing. It's more of a Cold War 'war of giants' type thing. Both sides are fairly evenly matched, and the playing field is likely to get rough and ready. Except there's the Helexith there like an Alien invasion force threatening to destroy Human-kind even as it destroys itself.

So yeah, it'll take a catalyst to brake the stalemate, or else the longest faction to endure the storm wins

But seriously, this line shows no possibilities for me. Most LEGO lines turn something that is fixed (like a film or an key idea) and turn it into something creative (a series of blocks that can be arranged in any order to meet the theme). What this does is turn something that is creative, has infinite resources and a fixed price and turns it into something with less creative ability (no crafting, working redstone or AI for creatures) that has an extremely finite amount of resources and costs you every time a new set comes out.

Sure, those few people who don't have access to a computer capable of running Minecraft and yet do have access to a LEGO store could gain from this. I'm sure there are extremely strict parents out there who condone electrical equipment who are glad that they can finally give their child some creative fun for Christmas.

But that's the only possible use of this I can think of that doesn't involve testing out griefing strategies (blowing up some LEGO bricks).

The idea is an awesome one, I'll grant you, but there's no way in hell that this kind of thing will convince me to splurge out on some LEGO bricks. I can understand the logic behind it, but in practise it's no better than going out and buying a copy of Minecraft.

I'd also throw ants and such into the little holes, and watch as they got devoured.

I hope you've grown past that stage

@Scorp: I have no idea. Let's take a random guess and say the Common Garter Snake. It doesn't help that you chose a North American Snake, but I guess there's not many interesting creatures in England...

I've started going through the multitude of skin requests I have outstanding.

I'll probably be editing this post through the day as I finish more, but for the moment you'll have to do with just one.

I was trying out a bit of a new style here. Go easy on me

Oooh, nice! Thanks, guys! I confess, I haven't played much of Minecraft since I first bought it, but will proudly wear your skin when I do.

You wouldn't mind if I modified it slightly, would ya? The face-plates seem too bright white to me... or is there some kind of palette limitation?

I'm curious though: Where does that scorpion shape on the far right with "sslf" under it fit in? Does it show up on the skin anywhere?

It's fine if you want to modify it. I have to say that I think the skin without the Helmet is the better one, but I don't have any problems with you editing a few things if you prefer the Helmeted version.

And, like Cheatmaster said, the Scorpion on the right is kind of a 'watermark' that we all use on our skins. Most of us have personal watermarks as well (for example I have 'G-S' in gold with a little gold star next to it.), but because this was a collaboration we didn't use them at all.

@Everyone who's requested skins that haven't been done yet:
Sorry! I will try to get going on them at the weekend, but I really can't promise anything.

OK. This is Scorp's skin so far, but don't anybody look because comando still needs to add the head!
(I'm not happy at all with the Front Body. Damn you Scorp, why do have to ask for such a detailed skin?

)
Spoiler
For comando's eyes only!
Spoiler
I know you guys! Don't you even try to look if you're not comando!
Spoiler
Caught you! That's right, turn around and stop looking!
Spoiler
AHAH! Too late! You thought you could bypass my security, but comando already got the skin!

EDIT: And Cheatmaster, I will change the first post when Scorp's Skin is finished. Because I'm lazy and want to get them all out of the way at once.

Anyway, this gives me an opportunity to add the watermark to all my skins. I'll post them all ASAP.
and maybe you won't mix up Walsh and Hippysheep this time!

EDIT: They're all here. I think Jociva and Trik Toral are the most recent of the group.

And I should actually add something to the first post about using the SSLF watermark when making skins...

I have also converted my otherwise unused Blog into an Archive for skins. That way, when the 1st post gets a bit cluttered I can just copy and paste older skins into there, and they will still be accessible to people who want them.

Unfortunately, I seem to have lost the links I had to Comando66's skins

. And Burger has yet to post a skin on here.

There are pigs, aren't there?

I think he means free-moving vehicles that you can actually control.

Pigs don't do what you say; Minecarts need a pre-determined route; Boats can only move on water; and Piston Trains, while cool and fast, cause truckloads of lagz. When you think about it, travelling in Minecraft is pretty crappy.

EDIT: Notch just released this image to the public:

Lemme just dump some of my skins here. I will post the good pics when I figure out how. Golden-Star?

Spoiler
First off, a steel/red spartan. JFO Helmet, ODST chest, Recon shoulders, no wrist/utility, gold visor. And a flashlight above his visor. Because I can.

Secondly, just some random bounty hunter with a Halo CE helmet. What? They're awesome!

And then, some of my older skins, a bunch of colour coded clones. (Note that these are older and a lot worse, with no shading at all.)
Spoiler

Pretty good skins actually! I will add a section for you in the first post when I get round to organising it!

And I take the awesome pictures with SkinEdit. There's a built-in feature where it shows how your skin would look in-game, and you can take screenies of them dancing around in the void

I can't wait! But I have the feeling I'm gonna have to wait a while after release to be able to watch them on teh interwebz.