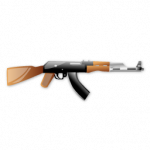 All you have to do is have atleast 10 people visit your link. Post your personal link here!

Hello peoples of the scorp! I recently made a discovery on Lego.com. All you need to get free LEGO peices and minifig's is:
1. A set number (I recomend #10188 Death Star)
2. The following link: View it HERE! (Add to Favorites)
3. An email adress
4. A Name (Sorry if you don't have one of these)
5. A week or two to receive the LEGO's you ordered

Note: Be sure to check Missing Part on the list above where you type the set number.

The year is 2547 and ONI has noticed strange nuclear discharges on the surface of Jericho VII. ONI believes that a valuable asset forgoten during the glassing of Jericho was forgotten and is now being mined out by their purple enemies. Now they are sending a team of Spartan III's to obtain the asset and escort it to Reach. Rampancy is compromised of 7 spartans:

Joni "Jo" McReary, B091: As the first time leading a team outside of training, she has a lot of pressure. If she completes the objective, she will probably be the best ONI has to offer.

Macha Saragon, B092: The years of intense training at ONI's facilities has proved him to be a reliable ally who will stick with you even in the toughest situation.

Wikus Leonne, B093: Wikus has always been great with heavy armanments such as the flamethrower, turret, and missile pod. He is fluent in five different languages.

John "Jack" Wheidant, B094: Team sniper who enjoys his job. He is testing an experimental variant of the sniper rifle. Good shot, too much hair gell.

Nikolai R001 and Dmytre R002 Aaronsberg; As part of the government of Russia's "Young Marines", they have had military training since they could walk. It is said that they almost killed their captors when kidnapped into the spartan program.

B777: At the rank of Captain, you would not think much of him. but he is a great gunman.

Hello and welcome one and all, behold the long awaited comic "The Backlot"