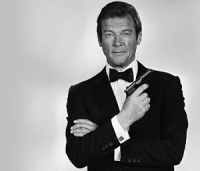 Regardless, I've always wanted to have a group of friends and dress up as the entire Scooby-Doo gang. I think that would be really, really fun!

That's exactly what I'm doing with my friends this year! I'm going to be Shaggy.

I'm speechless, guys. I cannot believe I won. But I am so glad!

Of course you won, silly.

There was so many excellent vigs in this contest, great job guys!

I picked up Dead Space 2 and Portal 2 during the Steam summer sale (two awesome games for only $20), so that's what I've been playing recently. Dead Space 2 is about as scary as I expected it to be, a necromorph might jump out of nowhere and give you a good scare. I really enjoy the survival-horror in space theme. Something that takes away from the survival part of the game though is that the guns in the store are free, making you pretty overpowered in the beginning as you have a huge arsenal of guns at your disposal. It's not that bad though, I'm quickly finding that the plasma cutter is the best gun in most situations anyway. I think I'm currently at chapter 8.

As for Portal 2, I'm having a blast. It exceeds the expectations I had from playing Portal. I'm glad that it's a lot longer than Portal was, which can be played through smoothly in one sitting. I never cease to laugh when playing this game, the humor is genius. It's a great game to play when you need to take a break from killing necromorphs in Dead Space 2.

Here's my entry from The Fellowship of the Ring. Hope you guys like it.