Hi, welcome to my profile!

Just read my interests list to get a feel of what I enjoy, and feel free to dig around on the forums for some of my stuff.

We are man, the fallen race. It is our choice to do good or evil, to implement decay or to contend against it. At the end of days the moral shall be embraced by their Father, and the Almighty God will mourn for those whom he had rightfully slain for the sake of those who sought purity. 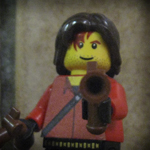 Unfortunately my sister has abandoned me, at least for the time being. So please, if at all possible, ignore the purple space outside the window.

Hey, nice work! I remember when I used to make decals.. it seems like so long ago.

Anyways keep at it, these ones look nice! And never be afraid to experiment with new programs. Paint suited me for a while but you should be ever driven by the prospect of getting better!

I've consigned not to read any negative reviews or discuss the movie with any people who don't like it or have anything bad to say about it. As far as I'm concerend that was the most awesome movie I've ever seen.

Actually by far the WORST thing about the premier was that the theater was using Twilight cups for our drinks...

Premiere photo of me as Radagast (hey, I didn't have an in-house prosthetics and hair worker, so I don't think I did bad with a $30 beard

I waited four years for this movie and it far exceeded all expectations. I can't wait for the next two.

Well, I for one enjoy the expansive pallet of colors that LEGO has developed for their pieces over the years. In addition there are numerous pieces that have been designed and put into production since the early 2000's that are critical for a passel of amazing building techniques. Between these two points LEGO enthusiasts can create models exponentially more realistic than would ever have been possible previously.
In terms of the actual sets, I like what LEGO has been doing. Space sets and planes are swooshable, castles and buildings are solid and light relative to their solid-bricked predecessors, cars are as fun as they've always been (they just look better now

), and ships are designed with more thought than ever before (the Queen Anne's Revenge really amazed me).
Contrary to the popular opinion here on SSLF I wish LEGO would go all skin tone for their minifigs. Yellow is reminisce from the days when "they only had 8 colors to choose from". If they're not making sunshine yellow castles with bright red drawbridges why should their figures still be that way? It also gets a little complicated if I want to make a minifigure with yellow pants (never happened before and likely never will, but the point is out there).
I hope my last paragraph isn't received with too much backlash from the local internet populous, but everyone's entitled to their own opinion.

I really honestly would like to tackle The Silmarillion at least ONCE in my lifetime, unfortunately (or fortunately, depending on your perspective of the matter) I've got other priorities that rank above it on my all-encompassing to do list of life.

But if I can never do that at least I got the edition with all of Ted Nasmith's illustrations that I can look at...

I'm back, everybody! This part was gonna be longer but I decided to split it in half.

Just imagine what our moon would have looked like before any stain was seen on it.

Anyways my favorite song remains the one the dwarves sing while dining at Bilbo's house before their great adventure. I even made up a tune and learned how to sing it.

Chip the glasses and crack the plates!
Blunt the knives and bend the forks!
That's what Bilbo Baggins hates—
Smash the bottles and burn the corks!

Cut the cloth and tread on the fat!
Pour the milk on the pantry floor!
Leave the bones on the bedroom mat!
Splash the wine on every door!

Dump the crocks in a boiling bowl;
Pound them up with a thumping pole;
And when you’ve finished if any are whole,
Send them down the hall to roll!

That's what Bilbo Baggins hates!
So, carefully! carefully with the plates!

There is another book that I read of Tolkien's. It's called Roverandom. It's a book of a dog under a spell by a wizard and of his grand adventures. It's a fun book to read. It's not as mature as the LOTR series, I think this book was written for younger audiences. However, I had fun reading it. It gives you another perspective of Tolkien. You can tell he puts a lot of work into making his universes, and it's only a small original one.

Oh my goodness, how is it that I've heard of Mr. Bliss and not Roverandom? I aught to pick myself up a copy of that some time...

Again, I GREATLY respect Tolkien and I absolutely love the overall story of Middle-Earth and the world itself to death, but the books just don't hold my attention.

It's very true his style is extraordinarily drawn out and slow, and I'm sure you know this but I'd just like to add that he thought that literature should be that way. It was a cultural thing for him, I think, being English and born at the turn of the century. I think by the time his third Lord of the Rings book was published fast-paced novels were coming into play and stomping out the more traditional lengthy styles. Something I don't really know that he despised, but he obviously didn't prefer it. Tolkien was soft-spoken but had big opinions.

Fixed, hopefully. Now I can get back to the next episode.

If you think I overused the word "sniff* it's because it gave an effect that stuttering along could not accomplish and none of its synonyms sounded right. It's all a learning process for me.

In regards to your post Jociva, it was bad enough trying to get my sister to re-do the pictures that I changed, but I'll ask her about expressions. Remember she's the one working with photoshop, not me.

I'm a little embarrassed to admit to the fact that I've read the Hobbit four times (got my first copy on '08 and have read it once a year since) and am going on my second read-through of The Lord of the Rings. I got the Silmarillion, and have read bits and pieces of it. It's interesting to see how Tolkien sort of paralleled it with the biblical pre-creation story so as to make his made-up mythology correspond with his Christian beliefs. But then of course it wouldn't really be so much a mythology as a reiteration of the bible if he hadn't skewed it a little. It is a truly admirable thing how expansive he made it all. Languages, maps, etc. He took a lot of time making each culture unique, I think that amongst other things it came out really distinctly in the movie.
And let's not forget his work on the parts of European mythology that did exist. For example Beowulf. He was supposed to be a leading expert on the epic. I've also read a bit of his translation of Sir Gawain and the Green Knight. I'm not an expert poet but I know what people are talking about when they say he did a good job.

Josephus Flynn or whatever it was his name ended up.

Oh. Maybe he will show up.

In all honesty I was planning on giving him a cameo but that was before you guessed it. Now you'd be expecting it.

Alright, everybody, I've got the next episode up! A bit longer than the first, I think.

I'm liking it. I do wonder about a certain character and whether or not any appearances of any similar type characters may come about.

Not entirely sure what you're referring to but I promise you won't be seeing any cowboys and Indians running around the sets!

I'll probably see about getting a log set up on my original post for all of your convenience.

I wish I could go to one. I think that would be soooo great. But my family is kind of a stay at home kinda family, thanks to our menagerie of horses, goats, chickens, geese, rabbits, dogs, cats, reptiles, and bees.

Not to mention I'm the only one in my family who really has an interest in LEGO. That probably has a lot to do with it.

Created to collect geographical and atmospheric data from other planets. Its main sections are the engine pod, the support beam, and the computer pod. Although a thermal protection system is not necessary for the entire probe because it uses a rocket to go through earths atmosphere, the computer pod is covered in various types of surface insulation for extra protection.

A close up of the reinforced computer pod.

The "eye" sensor piece, which picks up data in various wave types, from visible light to ultraviolet.

This is the beam which puts space between the engine pod and the computer pod. It has extra shielding to protect the beam from high-velocity space debris.

The engine pod utilizes a highly-efficient plasma drive to start the probe on its programmed path to other worlds, but because of its relatively small size is not able to constantly propel the probe at an ever increasing speed, which may seem to be a disadvantage, but the initial boost which the thrusters provide makes it go faster then the NASA probes of yesteryear. The thrusters themselves. Not set up to turn the probe particularly efficiently, but the probe was made to do mainly planet flybys, which does not require much directional readjustment.

The computer inside the pod. Yeah, it kind of fails, but you don't see it anyways.

Aaand that's all. This is probably my favorite kind of "space ship", you know, the kind that looks as though it was made in our time? Hope you enjoyed it. I was gonna give it a big circular shield on the front for more protection against space debris, but then it looked like a giant lamprey that had swallowed an ostrich egg. So I ditched that idea.

Goodness it's been a while since I checked things out over here. I love this comic. That last installment of it was particularly interesting.

Although to tell you the truth .38 special rounds are actually generally considered to be rather small and don't really kick much more than say a 9mm Luger does. Even though at a little over 2 pounds the S&W model 10 wasn't a particularly heavy gun, it still wouldn't have been as bad as that Skip fellow made it out to be.
Oh, and just because it's a single action doesn't mean the cylinder won't jam...

Nobody wanted to hear that, did they.

Honestly though, this comic is great fun to read through. I enjoy every last pixel of it.