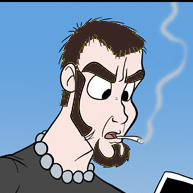 I wish Bethsoft were working on the next Elder Scrolls title instead of a genre-bandwagon-jumping Fallout cashgrab.

Isn't it the Elder Scrolls turn now, after Fallout 4? Or are we just going to keep remastering Skyrim for all eternity, and explore all the unexplored areas of Tamriel in the extremely lackluster Elder Scrolls Online? Ugh

If this Fallout game is online as rumoured then it's probably been farmed off to a smaller studio and their main is (hopefully) working on ES VI. (btw I really hope it's High Rock or Elsweyr but I will settle for Daggerfall).

ES Online is strange. I have it and it is enjoyable...ish but it feels really weird to play like 1 part skyrim to 3 parts MMO game. If you play it in 3rd person it's like every other MMO. If you play in first.. you just wish you were playing Skyrim instead.

The bit that I was looking for in this article was the stuff about DLC, progression and that sort of thing. Essentially there will not be any paid maps or paid advantages which is great news that comes with a catch. How will EA make money? By purchasing cosmetics. You can earn xp towards cosmetics but lets be honest -  any cosmetic items you actually want will be extremely grindy to get. Want to deck out in full SS or 101st airbourne uniform? That will be $10 or 200 hours of game time please. This will look exactly like where Battlefront ultimately got to.

The thing that caught my eye though is 'Tides of War'. Essentially, they are going to release new maps and content around stages of the war. So to start with will be the Fall of Europe. As you go through each stage you will be able to unlock cosmetics and upgrades for your collection of soldiers. I'm not keen on that idea as I think this will alienate casual players who want to dip in and out. It also means it will take months and months until we get to the maps people will really want AKA D-Day.

BF1 had a total of 26 maps by the end and covered all the key points of WW1. Assuming they continue the globe spanning coverage and release in a schedule similar to BF1 then my guess for maps would be as listed below. However, I think it is more likely they will drip feed these and release 2 or 3 at a time.

Phase 3 (6 maps) Debut of US faction, Italians and Japanese

Awful trailer, awful scripting. All four of the 'hero' characters look disgusting to me in the context of that cartoonish video. If the intent with Battlefield V is for it to be a quirky inglorious basterds style of game then the look is fine but I am assuming the game is supposed to be semi-serious as with all Battlefield games.

As usual the 'omg theres a female/black/asian person in my game' raises it's ugly head again (especially as the poster soldier is... shock... a woman) so I will offer my commentary on that: I am a supporter of a diversity factor in games and I think nearly all games should allow you to be who you want to be. Exception can be made for historical based games  ... for the sake of history... but I don't think applying a diversity factor to historical games needs to break history so long as it's reasonably contextually correct. For example; I think the way BF1 handled diversity was fair to history - there was a good variety to the maps which covered all the key areas of the conflict (even if it did take some DLC to actually get the meat of WW1 on the western front). The allied factions had a mix of different soldiers and the Russian faction had woman on maps. In some cases particular soldiers were specific to specific maps. I think DICE overstepped by including black soldiers in the German faction because a) they did not have them historically and b) diversity factor was met with allied forces anyway. But other than that, they did well.

The way they can be fair with diversity in Battlefield V is to simply just build their game around it. People of all races and yes, all sexes, fought in a variety of roles in WW2 so just make maps that are contextually based. Now, allied forces did not allow front line female soldiers so I wouldn't expect to see a female character shoved onto the Normandy beach landings map. But why not include a female spy/resistance fighter on a night time D-day map based around the airborne aspect? You can even put woman in the german army too if you make a map around the fall of Berlin (and play as pensioners and children!! - joking) Russian maps are also the obvious place to have female soldiers.

From the sounds of it -  DICE has the intention of making variety as they want to take the players to parts of the war that have not been shown before. I cannot imagine what as nearly all parts have been done to death with exception being to the Fall of France and the Pacific war on the Asian continent.

Subnautica - this has been described as the game people wanted No Man's Sky to be. It is a survival game were you crash land on a gorgeous ocean world and have to survive. The best way to play/explore this game is completely blind but I did use a few guides near the end because there are essential upgrade items that are just unfairly difficult to find.

My PC is showing it's age at 7 years old and it's been through a lot - five house moves, university, the start of my career... it was never meant to be a high end PC - just enough juice to enjoy games on high settings for a couple of years and then med settings on newer games for the rest of it's life. I've added RAM and swapped graphics cards to keep it going and it can currently play Battlefield 1 on med/low settings (multiplayer) which is fine. But I think it really has hit a brick wall now and it will need a new motherboard and CPU before new games become unplayable.

Having said that - I don't buy new games anymore anyway because in the last few years I've had a tendency to hop between multiple games and I'm not normally able to complete something because whenever I try and come back to a game I feel the need to start all over again. It's a pain as my harddrive space is rationed and I can't get anything new until I clear my list. On the plus side, by the time I get anything new it's normally on sale for nearly nothing.

Once I've dealt with Skyrim I'm going to try and get the Witcher (1) finished so I can move on to the later games. Witcher is an absolute ballache to get through but this is not because it isn't a good game (it's actually great and I would have loved it at the time of it's release) it's because of my tendencies to not sit on one game for too long.