65 replies to this topic

IT'S HERE! After four long years, after all the horror stories about Brazil being a toxic waste dump bristling with disease, the Opening Ceremony was this morning. And, well, I didn't watch it, because it was on at 8am on a Saturday where I am and that's no hour for any self-respecting human to be awake. Whatever, we're here for the sports, not the ceremony.

AND WHAT SPORTS THERE SHALL BE! I love the Olympics, but for those of you who might not be familiar with the best sports, allow me to provide you some pro tips:

RHYTHMIC GYMNASTICS: Think of your favourite Jackie Chan fight scene, imagine all those crazy stunts that you know would have taken him a hundred takes to get perfect, and now imagine a teenage girl doing it all in one unbroken performance for like three straight minutes. I once saw a girl throw a red bouncy ball into the air and catch it by bending over backwards and pinning it perfectly between the back of her head and her bumcheeks, and it's still the most insane thing I've ever seen a human being do. Rhythmic Gymnastics is the best Olympic Sport there is.

REGULAR GYMNASTICS: They might not be doing unbelievable things with hula hoops, but the non-rhythmic gymnasts ain't no slouch neither. Flips, tumbles, spins, and incredible feats of strength performed by tiny people who are so outrageously muscular they could stroll onto a Marvel film set and get cast in a second.

WEIGHTLIFTING: Speaking of muscles, Olympic Weightlifting is where you'll find the real Grade-A Prime Rib Beef Monsters. Quads as far as the eye can see from people who've squatted twice a day, every day of their lives. Pay special attention to the 105kg Men's class, where my favourite dude Ilya Ilyin from Kazakhstan is going to break his own World Record for like the third time by Clean and Jerking 250kg. Oh, and speaking of quads...

TRACK CYCLING: The common image of a cyclist is a disappointingly emaciated-looking man wearing lycra, but that's only because exhaustingly-long-distance cycling is so inexplicably popular. No, the real good stuff is in the velodrome, where human life-support systems for quads and glutes and hamstrings climb aboard two-wheeled machines without brakes or gears that are only tangentially related to the common bicycle and attempt to shatter the bounds of our reality through sheer speed. Anna Meares, Australian Olympic Team Captain and my personal thigh-dol, is coming back one last time to defend her London Gold.

JAVELIN, DISCUS, HAMMER THROW AND SHOT PUT: I understand why the Olympics have to include Soccer and Basketball and all that rubbish these days, but I'm not here to watch the same boring old team sports I can watch at any other time of the year. No, I want to watch the cool stuff you never get to see, and the 'throwing stuff' sports are Olympic-est to me.

JUDO: I don't think I need to explain this one. It's Judo. They flip eachother. Snake, try to remember the basics of CQC.

Those are my personal highlights, but I'll watch pretty much anything that happens to be on during the 'Lympics. I didn't mention all the Athletics events, because those go without saying, and as an Australian there's no avoiding the Swimming because it'll be plastered over every channel for the next two weeks (and Cate Campbell is going to win all the Golds, suck it rest-of-the-world). And Archery is always good, oh and Diving is great. Table Tennis, and Shooting, and Taekwondo! You guys, the Olympics are on!

Let's watch sports! And also tell me what you guys are excited for!

Just in case you thought Occy was exaggerating, here's Anna:

Eat it, Hemsworth/Evans/Pratt/et al. Her legs are as wide as her waist.

Personally I'm excited for the field hockey cus I play it and one of the guys I used to play with is in the Australian team. It probably won't get any air time on free-to-air until we've been knocked out of a bunch of the other events but we might get a couple highlight reels on the nightly news. I'm also excited to see Jarryd Hayne get drafted into the cycling/shooting/basketball/ice hockey/equestrian when ratings start to drop.

I'm really excited to see Nate Ebner playing on the US Rugby team.

Just in case you thought Occy was exaggerating, here's Anna:

Eat it, Hemsworth/Evans/Pratt/et al. Her legs are as wide as her waist.

Oh my quad, look at them legs, they're amazing.

And people say that Chun Li's legs are impossible. We're getting close people, thank you squats!

My only investment in the Olympics is that I hope the US Basketball team crashes and burns. Pack it up, losers, it's all over:

Two Golds on day one. It's basically a national holiday in Australia right now. Every TV channel is showing round-the-clock replays of the race, Cate and Bronte Campbell have booted out old Lizzie and been declared our new six foot tall Queens, and all taps in the country have started spontaneously spewing VB. By winning the Olympics, Australia has made its second move in an ongoing bid to take over the world that started when we won Eurovision just a few months ago.

I just happened to turn the TV on at the right time earlier to see the women's swimming, it seems. I was turning it on to do something else, but I figured I'd watch it since it was there.

And holy crap did Hungary ever kick everyone else's butts so hard it wasn't even funny.

Since Handball isn't an olympic sport (I don't think so anymore at least), I doubt the Danes will win anything, but go Denmark nonetheless.

I just happened to turn the TV on at the right time earlier to see the women's swimming, it seems. I was turning it on to do something else, but I figured I'd watch it since it was there.

And holy crap did Hungary ever kick everyone else's butts so hard it wasn't even funny.

Yeah but they're still second so we win. Pack up the barbie, this Lympics is done.

Boy, Rugby Sevens is a weird game, huh? How are you supposed to get any Rugbying done with seven-minute halves? And three-man scrums? I feel like they need way more players on the field, at least; I'm not used to being able to see this much grass. Usually there's another metric ton of sweating man meat out there to obscure it.

But, as with all things, what matters at the end of the day is that Australia is the best at it. Although the American women just played a great game against our Aussie champs and managed to keep it to a draw. One of those American women has rockets in her legs, and one of the Aussie girls tried the interesting tactic of passing the ball straight to her instead of one of her own teammates, which didn't really turn out that well.

GOD THERE'S SO MUCH OLYMPICS GOING ON RIGHT NOW! It's 1:30am on Monday morning and I don't want to sleep because I'll miss it all.

EDIT - BREAKING NEWS: Entire population of America on suicide watch as the country that banned guns still manages to win the gun sport: That's a shotgun though, so you won with the one type of gun you didn't ban. Doesn't count, try again.

Speaking as a proud member of the greatest sporting nation on Earth, Winter is for staying inside complaining about the cold. We don't recognise any sports that you can't get skin cancer while playing. 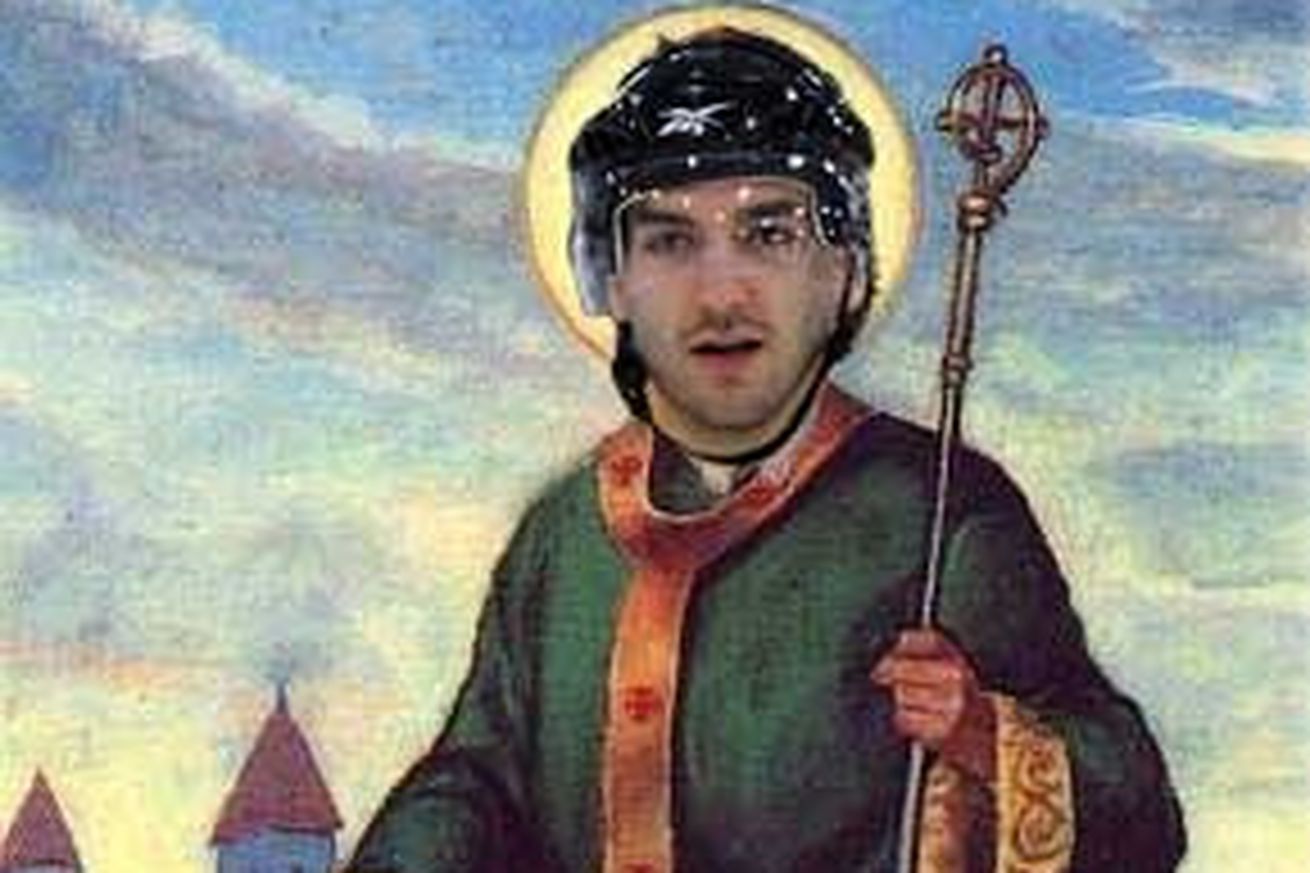 So I was watching the final of the 56kg Men's Weightlifting (which was awesome, by the way. North Korean dude broke a world record, then the Chinese guy came out for his last lift and broke it again to beat him and take Gold. Fearless leader won't be impressed), and all the guys were so tiny that I thought to myself, "Olympics? More like OOMPALOOMPICS!" And then I was so impressed by my own jokes that I had to rush in and tell you guys.

EDIT - And the Aussie Sheilas beat Canada to go through to the Gold Medal match in the Rugby. I think I might be in love with Charlotte Caslick. Now New Zealand is playing Great Britain in the other semi to determine who Australia will fa- hah, I almost got through that with a straight face. New Zealand is going to crush.

EDIT - New Zealand crushed. Apparently Rugby Sevens is such a rushed game that they don't even let them do the Haka, but maybe they'll do it in the final?

Speaking in my official capacity as a Northern U.S. Mid-Westerner, I second this statement. Hockey beats any of this gymnastics, archery, rock throwing contest nonsense anyday. Because hockey does all that on ice.

Considering that Canada was barely on the rugby map not that long ago, I think winning a Bronze in 7's is a true testamennt to how far our rugby program has come.

Uhshtraa takes home the first ever Rugby Sevens Gold, which means that we own the sport for all time. Calling Bull on your win, that first thing they gave you was not a Try. your supposed to have the ball in your hands and touch it on the ground over the line. Throwing it in the air as you fall over the doesnt count.

I;m boycotting the Olympics until theres a rematch.