Rest in peace, old fellow. 95 is a good run by any measure, but it seems like Stan Lee lived a particularly good life.

No one's gonna post the megaton trailers that have been dropping lately?

It's gonna be an exciting summer!

Now, for all your non John Wick news (and if you haven't been burned out of Spidey after Into The Spiderverse), we have finally got a trailer for Spiderman: Far From Home

And for the main course, we have a teaser for John Wick Chapter 3.  Full trailer coming Thursday.

Spider-Man vs. Jake Gyllenhaal looks pretty cool and I'm into it, but I would push Jake Gyllenhaal's handsome face out a window to get to that John Wick 3 trailer. Did you see those guys on motorbikes with SWORDS? Did you see Laurence Fishburne about to go Morpheus on some bad guys? DO YOU THINK HE'LL HAVE A SWORD, TOO?

In other excellent news for Ocelot, Christopher McQuarrie has just closed a deal to direct TWO BACK-TO-BACK MISSION: IMPOSSIBLE MOVIES. We are in a golden age of Mission: Impossible, and for my money Christopher McQuarrie gets it better than any of the other M:I directors so far, so I'm delighted that they're going to be cranking out as many as they can while Tom Cruise still has some cartilage left in his knees. The day Cruise Missile can't do the Cruise Run is the day Mission: Impossible dies, so let's strike while the iron is hot, baby. The current schedule is for M:I 7 and 8 to come out in 2020 and 2021, respectively.

And finally, on this Excellent Ocelot News day, the Criterion Collection releases for April include FULL 4K RESTORATIONS OF JACKIE CHAN'S POLICE STORY 1 & 2! This is something I never even dared dream about, but it's happening. Two of my absolute favourite movies ever, and look at these incredible cover arts they've chosen: 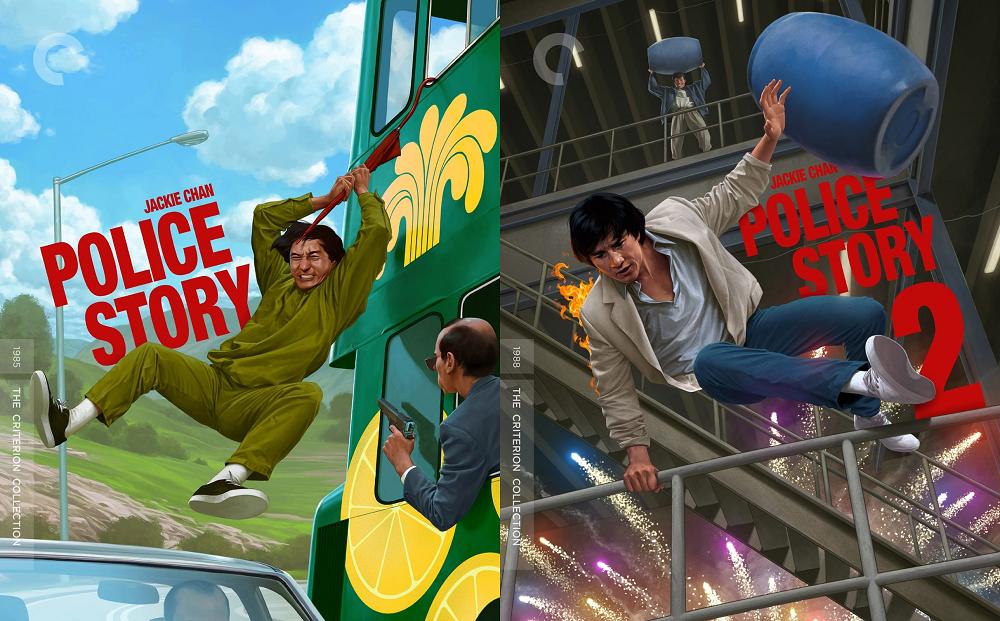 "14 million dollar bounty on his head, and everyone in the city wants a piece of it? I'd say the odds are about even."

Spoiler
The dogs do seem aware they are in a John Wick movie and it would appear they get their vengeance.

EDIT: will fix link properly when I get home and not on phone

I love John Wick, you guys. That trailer alone was more visually exciting than most entire action movies. The way he and Halle Berry are FULL-ON RUNNING AT DUDES to shoot them harder, the way he never fires a gun once but goes BAMBAMBAMBAMBAM instead. It can't be overstated just how much energy you bring to an action scene by GOING FOR IT AS HARD AS YOU CAN UNG UNG UNGGGGG.

That motorbike/sword scene seems like they might be doing a cheeky little homage to The Villainess, too:

Also tell me this isn't the coolest movie poster: 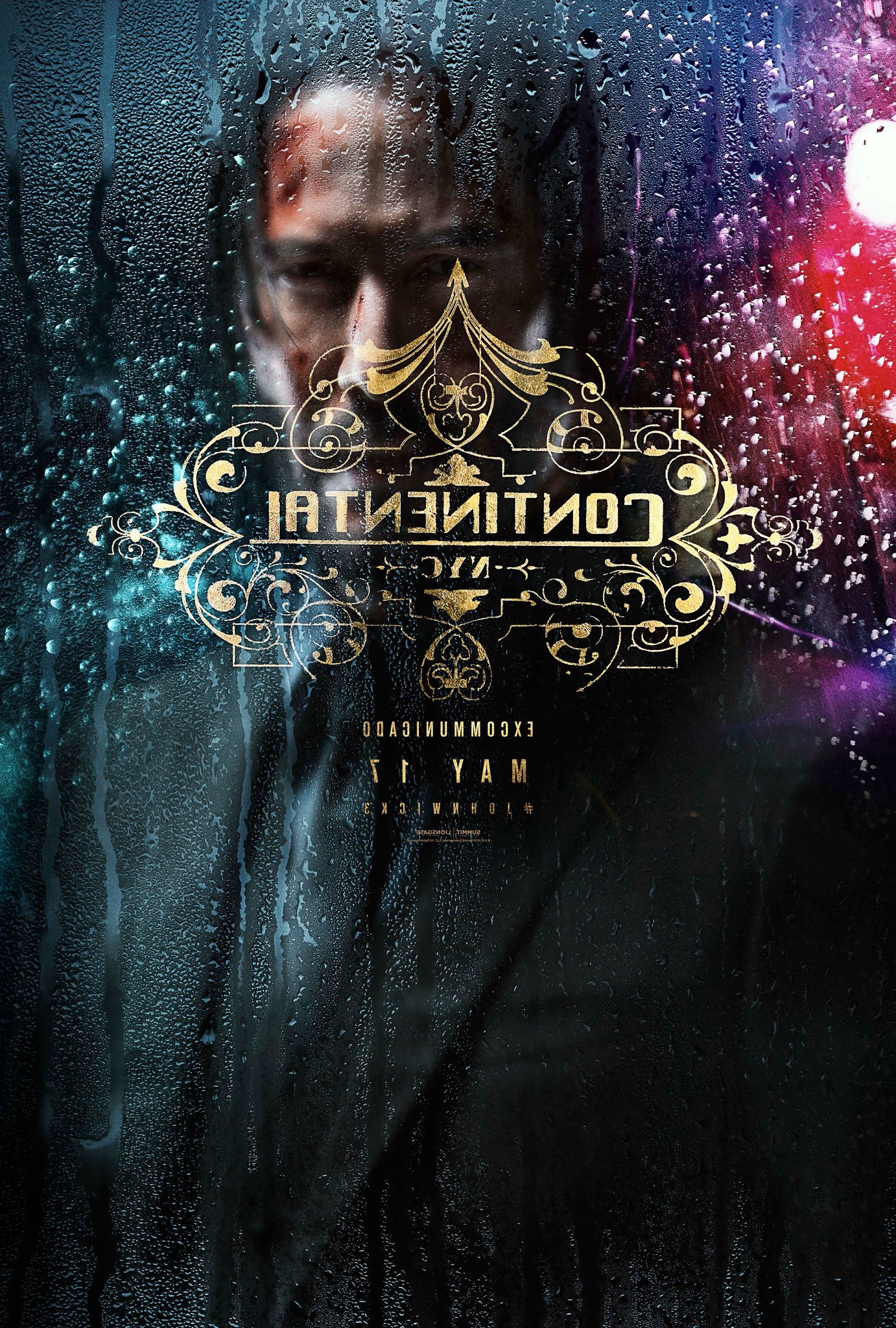 I need a 10 minute supercut of John Wick throwing empty guns at people.

I hope you've got your funderwear on, because the trailer for Hobbes & Shaw, the Fast & Furious spinoff starring Jason Statham and The Rock is here:

They're straight up doing superheroes now. Idris Elba is a superman and they're going to fight him, and the White Widow from Mission Impossible Fallout is there doing that thing with her eyes where I fall in love with her.

And we have a trailer for The Dragon Prince season 2 (the Netflix show from some of the people behind Avatar):

Season 1 ended really suddenly, so this is more like a Book 1 Part 2 than a real Season 2, hence why it's coming only a few months after the first bit came out. I really liked the show, but it didn't really go anywhere in its first chunk of episodes, so hopefully it'll start heating up here.

It looks like Marvel personally read my complaints about there not being enough Cap in Infinity War, because he's all over this new Endgame commercial:

And one for Captain Marvel, which I still can't really get excited about but I'm sure it'll be fine or whatever:

I've rewatched the Frozen II trailer about 5 times this afternoon, and I am no less excited.  The sweeping landscapes, the exciting snippets of action, Elsa's hair and her apparent war against the ocean, everything is looking gorgeous!  My only question is whether the writers will have a new song for Idina Menzel to be bugged to sing over and over again.  <.<  >.>

But dangit Anna, get your own sword!  That is not proper weapon etiquette.

The Disney/Fox acquisition has gone through, and now Disney officially owns everything:

The world is a terrible place that will soon be run by a small handful of megacorporations whose tacit goal is to make it worse. But I hope they put out a nice 4K remaster of the Star Wars theatrical cuts.

HE'S FIGHTING THE GUYS FROM THE RAID 2-ON-1

HE'S FIGHTING A DUDE IN A KNIFE MUSEUM

btw, if anyone has any doubts as to the legit-ness of Mark Dacascos as the villain, first things first shame on you, and second just watch this:

"I think we're just getting started..."

So this is a thing

Halo: The Master Chief Collection is now on Steam!

"The Reclamation has begun...and we are powerless to stop it."

"I think we're just getting started..."

I NEED THIS MOVIE.

Halo: The Master Chief Collection is now on Steam!

"The Reclamation has begun...and we are powerless to stop it."

praise be to Geraldo

Kudos to anyone on here who will be able to watch this and enjoy it, because this was my face while watching it: 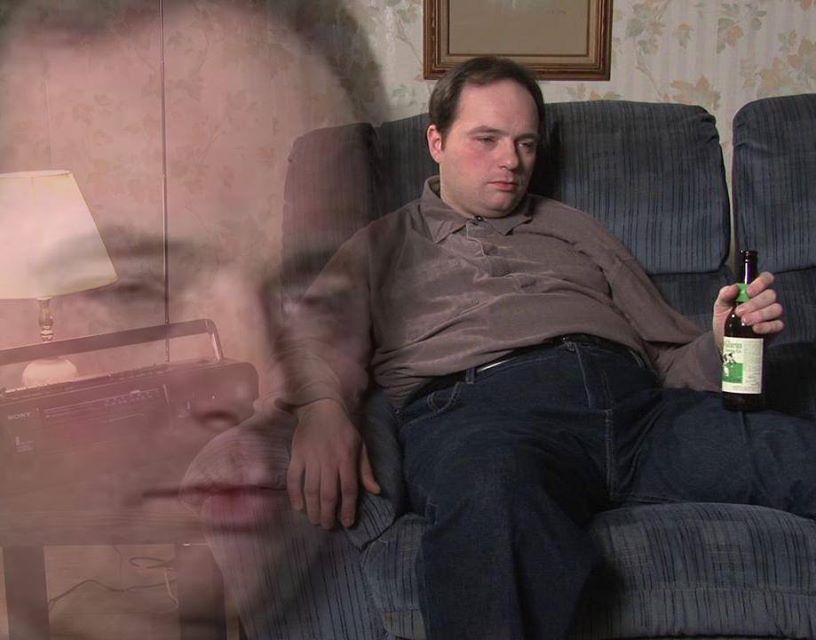 I guess that its because I'm not interested in Black Widow anymore since we have much better female characters in the MCU these days, but I'm not excited for this movie guys.

Taskmaster and the guy in Red look cool at least.