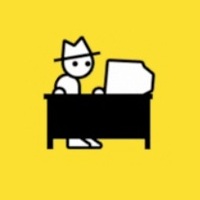 So a friend of mine was stumbling around Youtube, doing whatever he could to put off that darned Chemistry revision we both should have been doing, and he stumbled across three trailers. He then persuaded our history teacher to show the class these trailers, assuring him that it was completely relevant to our lesson on Nazi doctrine and propaganda.
http://www.youtube.com/watch?v=4KEueJnsu80&skipcontrinter=1
http://www.youtube.com/watch?v=DeAfoiN5SDw&feature=relmfu
Trailer 3- We Come In Peace
So, yeah, it's Nazis in space. And before any of you have a panic attack over whether or not it's going to be offensive, or anything like that, everything I've found out about it gives the impression that it is a comedy or parody of some sort. Basically, don't take it too seriously cause it's just a bit of a laugh. Apparently it will be released in April, but I'll have to check on that.

EDIT: Warning, the images may be a bit big. As you guys are probably aware by now my laptop hates me and refuses to do as I say. This includes image resizing. Sorry.
http://www.brickshel...oc/img_0210.jpg
The Estoc Battle Harness. Adapted from a civilian heavy lifting mech, the Estoc is one of the most versatile vehicles of it's kind. The picture above shows the default harness however it can be widely adapted, adding weapons and equipment to suit the requirements of the mission.

http://www.brickshel...oc/img_0211.jpg
At around 11ft tall, the Estoc is relatively small. Few consider it to be a walker, however it is far much more than just a big suit of armour.

http://www.brickshel...oc/img_0212.jpg
From the back you can see the unprotected neck of the Estoc and it's pilot. Some variations have solved this problem, although not without restricting head movement.

http://www.brickshel...oc/img_0213.jpg
Action shot! The Estoc (both the actual vehicle and it's Lego equivalent) is very pose able, movement restriction was cut down to as little as possible. It is this reason why the neck, among other parts, are relatively unarmoured.

http://www.brickshel...oc/img_0215.jpg
The same shot from behind, to prove to any sceptics that the MOC can actually lift the hover bike without any support.

http://www.brickshel...oc/img_0217.jpg
This is a heavily adapted Estoc, to show off some of the power it can wield if the pilot chooses.

http://www.brickshel...oc/img_0218.jpg
Here you can see the more armoured visor. As well as the knife sheathed in case the pilot has to abort his harness. No better contingency plan than a knife.

http://www.brickshel...oc/img_0219.jpg
A wrist mounted ballistics launcher, capable of firing a wide variety of explosive ammunition at some poor soul.

http://www.brickshel...oc/img_0220.jpg
Some more armour on the right knee, in case the pilot decides to kneel down and mount that heavy MG he's carrying. Just as a side note, the small but strong arms mean that Estocs can wield normal infantry weapons with more or less zero recoil. That MG will be a mere tingle in the Estoc's arm.

http://www.brickshel...oc/img_0221.jpg
A shot of the heavily armoured, but movement restricted, back. Still got that neck problem though.

http://www.brickshel...oc/img_0222.jpg
Those things there, they're shoulder joints. Help to strengthen the arms and eliminate what little weapon recoil there once was. It also means that a punch from the Estoc could now penetrate some light armour.

For those who are curious an estoc is a type of dagger/short sword. Fiqured I'd better name it after something small but mighty.
As per usual, C&C appreciated.

Turned the images into links. If you know they're too big, don't embed them.

So after months of delays and setbacks episode 1 (well 0... don't ask) if finally here. This is more of a test episode rather than an actual main episode thats relavent to the plot. C&C more than welcome, please enjoy. I need a camera

First off, I hope this is in the right place. If not can a Mod please move it?

As some, (two, I think) of you may know I am an amature animator, specifically stop motion. Anyways, my parents have decided that it is time for me to get my own camera. Now this is a teenager's Christmas present, so obviously I'm looking at something relatively cheap (around £150). Since this camera will be used for stop motion, the main qualities I'm looking for are a macro or close up feature of some sort. Optical zoom, not digital zoom. Relatively high resolution. A decent memory. And if there is any other features that people can suggest, those would probably help too.

So anyway, I've seen a camera for between £95 and £120. For what you get, that seems pretty decent to me. Not only that, but it has pretty much everything I'm looking for.

However I am, of course, more interested in your opinions. So any recommendations or ideas will be greatly appreciated.

So yeah, please help me out.