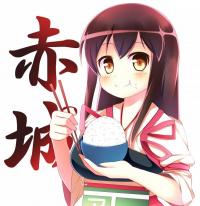 So, I guess the reason I came back from the dead was because I wanted to pick up writing again? It's been a long time since I've been in the practice of writing regularly, so bear with me as I use this place to get back up to speed.

Anywho, here's a little short to introduce a character I've been trying to flesh out. Lemme know what you all think.

The forest was warm, to say the least. While the sun's rays couldn't penetrate the canopy above, the overhead leaves trapped the heat inside the forest. To those unfortunate few within, it may as well have been an oven. The day's heat coupled with the forest's natural humidity created an atmosphere that would have even the highest of spirits in the mud. Or at least that's what Alec thought until he'd met her. She'd been lying on the forest floor, unmoving, and he greatly regretted his decision to check on her. As it turned out, she was just sleeping. Face down. On the forest floor. Now, to his chagrin, she was following him.

“Today feels...green. Does it feel green to you?” A voice from beside him asked in a singsong tone of voice. “You know, when you wake up, and lay there thinking about everything you've done in your life? That green.”

Alec's frown deepened. For the past two hours, they'd wandered through the forest, completely lost. Link was used to the woods. It gave him a lot of time to think. The kind of thinking the girl was doing however was definitely not his cup of tea. Yet as strange as the words were, he knew exactly what shade of green that was. A pair of startlingly bright eyes came to mind. “No.” He lied, wiping the sweat from his brow. He pushed onward.

“Really?” She tilted her head at him quizzically. “Maybe it's purple.” She put a finger to her chin in thought. The cheer in her voice grated at his nerves. She noted his rapidly deepening frown and giggled. “Cheer up, fairy boy! We'll get you home in no time!”

Alec scowled once more as they passed by a tree, pushing its branches out of the way. He was certain they'd passed it before, not just once, but multiple times. He was okay with being lost, even in the heat haze, but the sooner he found an exit, the sooner he could send the girl on her way. So focused was he on searching for an exit, he almost didn't hear what she'd called him. Fairy boy. He stopped. How did she know?

“What did you call me?” He asked quietly, turning to face her. His pace slowed and his hand drifted to his waist, where his fingers instinctively slipped around the hilt of his sword.

The girl, Ariah, had walked at least another four paces before she realized he had slowed to a halt. With a giggle, she whirled around to face him.

“She called you fairy boy.” She skipped back to him. “Only fairy boys and girls live in the woods. But you seem too old actually. Are you a fairy man?” She giggled at the thought.

Link tensed as she closed the distance between them, but her approach was harmless. He exhaled a breath he didn't know he was holding and released his sword. She wasn't a threat. Just lucky. And crazy... He closed his eye and shook his head, running a hand through his hair. An exasperated sigh escaped his lips, “No, I'm not a fairy man. I'm not a fairy anyth-”

As he opened his eye, he was startled to find the girl's face only inches from his, her eyes curiously examining his own. Up close he realized something that only further fowled his mood: she was taller than him. He quickly stepped back, grumbling something only he knew. Ariah tilted her head, her lips forming a wide smile. She reached out to him and Alec's hand found his sword hilt much more swiftly this time, but she simply patted his head.

“She thinks you look like a fairy something. Maybe a fairy man.” Her eyes darted down his body. “...Yes, definitely man. Possibly fairy. Definitely possibly a fairy man. Or...a man fairy?”

The intensity of Alec's new scowl sent ripples throughout the nine realms as he pushed past her, grumbling loudly.

I come back from the dead and the first thing I read is this? Someone cover me in dirt again...