4 replies to this topic

Sooo...anybody watching? Up to Episode 5, and really the only thing that's tripped me up about it has been the anachronistic order to the storylines. Most of Geralt's (and Yennefer's even moreso) portions of the episodes are taking places years or more before Ciri's storyline.

Other than that? It's fantastic. Anya Chalotra as Yen? Killin' it. Joey Batey as Jaskier/Dandelion? Killin' it x2. Henry Cavill as Geralt? You'd better believe he's killin' it. He's channeling Doug Cockle's performance from the games through and through.

My wife is a yuge fan of the games and the books and thinks the show is great so far (2 eps in).

I'm a Witcher virgin except for what I've gleaned from playing on my PC while she played Witcher 3 on Xbox so I'm having a bit of a hard time keeping track of what's what, but I'm really enjoying it so far. Feels like just the right amount of world building and story.

I'm curious to see where it goes. 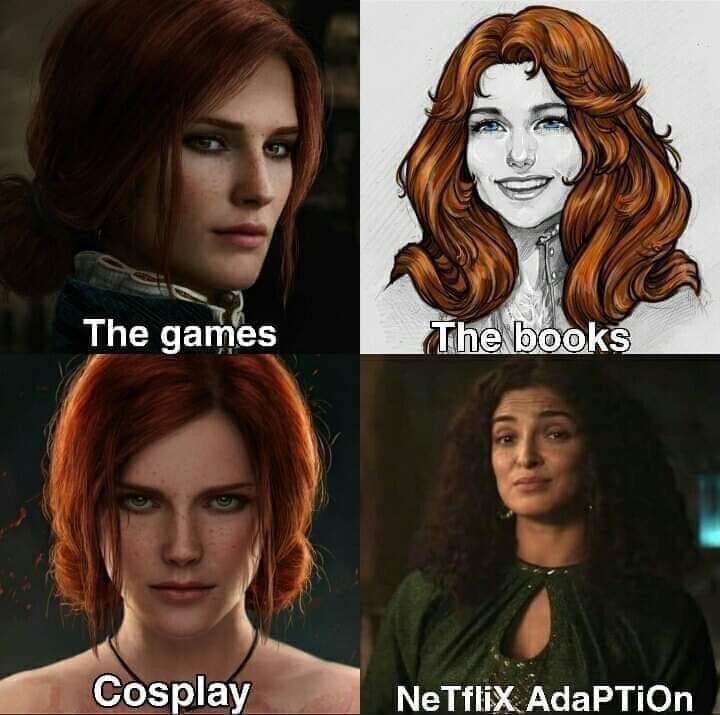 And is there a problem with it?

I was ill a couple weeks ago, so I binged it then. I liked a lot of it! Especially liked the fights with Geralt and the different monsters. Although, I did feel like there were a few lost opportunities for some of the social commentary that makes the games so great. Like the show tried, but didn't quite get there.

I don't get why they decided to play it out of sequence though? Didn't feel, to me, like it added anything to the story and it made some stuff a little confusing. I guess it was their best way of telling three stories at once maybe? I wasn't into it I guess. The dragon episode was by far my favorite from this season though.

This song wasn't featured in the show, but it's about Geralt.

I almost feel like it portrays the central core of the Witcher story better than eight episodes did...