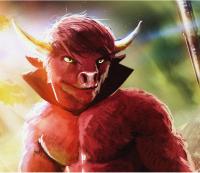 Eh, no matter how faithful, I'd rather see an animated feature film

Reason I asked question number 2 is that I've seen many authors fall into a trap where travelling distances suddenly make no sense or are too inconsistent. Here's just hoping that won't happen. And even if it does, it's no big deal. It's the story that counts.

EDIT: V.Metallic, Scorp posted a Nova Refuge short story this exact year. It's still alive, just, these few years are the years of Wulfgard. It's like when a producer or actor takes some time off from a beloved franchise to work on something else. Hopefully, the next update should contain some interesting art, which more people than just Wolfy and Lukas will enjoy...

I had forgotten that I even requested this! Thank you! And yeah, I wish more people were suggesting or commenting too. Critiques are always great when they're constructive. Those were Zygbari troops, right? I think that's what I suggested, but I am not sure. I have been gone from the website for some time to focus on reading a book (it's hard when you have ADHD!) since I've realized I need to read much more if I want to become an author too. Which reminds me, I will still read Knightfall and all the new shorts Wolfy! I just need more time :'O It's killin me.

I've been dreaming of getting a new take on Greeshakk ever since he appeared in the original Warbringer! Thanks

I cannot wait to read this, and will update when I do. I just can't do it right now, because I'm reading a novel, and have a Danish oral spoken I need to plan for.

#479490 What should Scorp make next? LEGO Suggestions Topic

I know about that. I had something else in mind. A single special image. I did think of a continuation or new reboot of SYWBAA though, which I believe Scorp has mentioned before that he'd like to do, right?

It's by far my favorite of your latest batch of sketches/inks.

#479283 What should Scorp make next? LEGO Suggestions Topic

I'd love to see the SSLF members, the most active at least, made into a kingdom, where Scorp is the King, Werewolf is his princess sister, Ryan is the valiant knight/prince, and then the mods are members of court and advisors, and some of us mortals are peassants or servants. Or knights!

I'd kill for it as well. I was one of the very few (emphasis on very here) who reached out to Kevin. But he still didn't respond! It's completely absurd.

So, I only just realized how much big of an opportunity this thread would give me to rave about my love for the Danish, English-singing, alternative rock band Cryoshell, both as a fan of BIONICLE (mostly generation 1 of course) and the band itself, and tell all of you who my favorite female singer of all time is...

is similar to Bring Me To life by Evanescence


Well, you would be right. I agree. But Christine Lorentzen's (or "Lore" as she's also known as on stage) unique vocal style makes up for that perfectly.

They also had a music video where Lore reminds me strangely of Rey from The Force Awakens.


And for anyone wondering if they could do it live? Yes they can! Most certainly. Just listen to that voice, dang! I love that raspyness that sometimes come up in it.


There was also that time when Christine had to go on maternity leave for a while, and Niels Brinck gave us this ltitle gold nugget


For anyone who want the instrumental, here it is:


Now, during this maternal leave, Christine was temporarily replaced by the singer Tine Midtgaard, who had just recently been a finalist the Danish X-Factor. She was a good singer, but not at all the same quality or with the same nuances in her voice as Christine, and I found it completely unnecessary to re-record some of the songs with her voice.

Cryoshell was originally formed by the creative advertising agency Copenhagen Advance for LEGO, to use in promotional material for their BIONICLE line, and thus the band and its songs became iconic for us BIONICLE fans. The band wanted to go and play live after this, but sadly they never had the time. They began as a commercial project, but became an actual band, and anyone who are fans of them, and still haven't heard the news, the band are finally together again, and are going to create some new tracks for a new environmentally-focused science fiction film project by Christian Faber (one of BIONICLE's most influential creators) called Rebel Nature. I hope they stick together and begin to perfom live this time!

To close out, Closer To The Truth. It is pretty rockin'!

I was just looking for news on Majhost's status a few hours earlier. It's such a shock to me that Kevin Loch, the founder of the site, still hasn't responded...

I'm happy that you gave Oakenshield back his badass silver beard. That way the blood of his enemies show easier on it

I seriously love your line-art. The thick lines somehow makes your drawings look really good. Your facial features can still use a little work, but it's coming along. Do you own any books on anatomy or anything like that Dalton?

And viewer/listener of the TTV podcast (a YouTube podcast run by fans of LEGO and Bionicle, mostly focused on Bionicle.) We were supposed to do a game night tonight on a map of the island of Mata Nui the podcast members had made, but we crashed their server when 70+ of us amassed unto it.


This is actually a rare picture of a Giant Snake Denstist.

Jokes aside, I actually appreciate your art style now that Capulet alluded to it having a Tolkein-like style (which is actually true if you've seen any of his drawings). I hope we'll see some more of it soon!

I've never been confused with authority. Thank you

But it's true. Did you ever read Letters from Father Christmas though? The style of the Tolk's drawings there tend to be a bit different, much more detailed and richly-colored. It is very beautiful. The letters too. The book is one of my two all-time favorite christmas books, the other being A Christmas Carol.

Nice Eugene by the way Wolfy. Are you planning on drawing Maximus too?