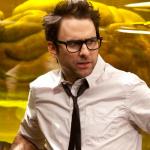 Hello, I'm a newb who lurks around Errant.

I also write a lot. Like, unhealthy levels of writing.

Poetic hasn't added any friends yet.

I think Sareth has the right idea, one group of adventurers (Im digging the group of Imperial soldiers idea) who have a clear goal or destination in mind.

All in all, Im quite happy we have people who still want to bring this back. I cant wait to see how this all goes.

“Well, no one else has come by to join us… I suppose we can take a little trip on our ownsome, then.” She winked, leaning against the table. “I’ve still got my gear packed in my room from my last hunt, I’ll be ready to go when you are.” Brys grinned.

"I'm more than ready. I've been dying to get out of here..." Athens replied, before he leaned over the table and gave Lyneth a light peck on her cheek. "I won't be gone a minute." He said with a smile, before he stood up from the table and exited the kitchen and made for his quarters. Athens had most of his belongings together, and only needed to secure his weapons before returning to Lyneth.

"I think we'd better make off before any stragglers try tagging along, don't you agree?" Athens said, as if she would want it any other way. Still, he loved the way she curled her hair around her finger when she looked at him, and it seemed that playing the fool could make her giggle. Regardless, he was ready to hunt alongside his lovely new companion.

((I think with that, we can move onto Fort Slaughter. Burgs?))

((No worries. I had exams, so I needed some time away from writing.))

Athens had finished his meal while he had waited patiently for Lyneth. He was in no rush to reunite with his companion, they would have plenty of time together on this quest. As he spotted Lyneth, he quickly wiped the corners of his mouth and smiled as she sat across from him.

“I hope you didn’t get too bored while I was gone.” She smiled, a hint of genuine apology somewhere in her voice and expression. “Krystia’s new to more than just one game, in case you hadn’t guessed.” She giggled, leaning her elbows on the table

"And you decided to give her some advice, did you?" Athens smirked playfully. "She's after quite difficult game, but we can let her track him if she wants," he said, but noticed her attempt to chance the subject from rugged yet gentle Caiden and his unobtainable affection.

“Do you think there’s any chance Faceless McMask has busied himself elsewhere?” She redirected the subject with a chuckle. “I think I saw him wander off with another group… maybe we can slip away while he isn’t looking.” Lyneth grinned.

"I believe I did as well. By any matter, I say we pack up and get saddled, make our way out of these grim surroundings... I'd like something new." Athens said with an air of enticement. "Could we pack what we need, and leave before the hour? Of course, if you'd like to take your time, I'm in no rush." He offered politely. Athens knew that the best game was earned patiently, and Lyneth was a prize worth waiting for.

Nice work on Athens' armor, although I think the next step for you as an artist is to try a different style with character's faces. The style is fine when the scene is cartoonish (like Lego or emulating a cartoon) but when it is combined with more detailed things like a set of armor, or a lot of background material, it can come off as a bit in-congruent.

But maybe that's just me. Anyway, keep up the great work.

“It’ll be my pleasure, Sir Astoria.” Lyneth slipped her arm around his and led him out.

Sir Astoria... that does sound nice... Athens' smile widened as the girl wrapped herself next to him and led him out. It had been a few years since he had been seen with a woman on his arm. Sure, Athens had shared some time with a few Venators who sought some comfort, but it was usually nothing more than a night, maybe a few drinks if he was lucky. But Lyneth? She was a jewel among stones, and by the Gods did she shine on his arm. By any standard, Athens was looking forward to this hunt.

“Actually… do you mind claiming a table for us?” She smiled, as if to apologize to Athens. “I think someone needs my help, if you know what I mean.” Lyneth gave him a nudge along with her hip.

Athens looked towards the situation, it appeared a girl had set her eyes on Voros. "Of course, I can wait for you," he gave her an amused look and released his arm from her's.

“Promise it won’t take too long, ‘sire’.” She winked playfully, slipping away into the crowd.

Athens laughed and shook his head as the shorter woman cut between the blue cloaks towards Caiden Voros, the veteran hunter of the Venatori, and something of a mysterious type. Despite his handsome, rugged exterior, it seemed he avoided relations with women, as far as he had heard.

If I was a woman, I don't think I'd be able to keep myself from those broad shoulders, that chiseled jaw, or his strong...

Athens froze for a moment, and swallowed. He rubbed the back of his neck as he diverted his eyes from the specimen of masculinity that stood in front of him. Athens turned from the scene and made his way for the mess hall, chuckling lightly to himself as he took some food from the kitchen and took a table near the entrance of the room.