47 replies to this topic

Yeah, sorry, been sick with a summer cold. Ugh. But I'm mostly done with the post now. Should have it up tomorrow at the latest, I hope.

Edit: Still trying to get it done tonight, but I have to finish some orders to ship tomorrow, so results might come tomorrow morning.

You know, despite the relatively low number of entries, I think this was one of the hardest contests to judge that we've ever had here on SSLF. Wolfy and I agreed that we really liked pretty much all of the entries, so it was very hard to pick the standouts. This was reflected in the scores from each of the 3 judges (me, Wolfy, and Brickshipyard) - our ratings varied quite a lot from person to person, but all were pretty high, and the margin between the top 3 was VERY narrow. I was tempted to turn the scoring over to a forum poll and let the public decide. Maybe that's what I'll do for the next minifig contest.

Basically what I'm trying to say is: Thanks to all of you who entered; we really enjoyed all of your entries!

And to show my appreciation for your participation, you are ALL entitled to a 5% shop discount if you want one (plus free decals for all Wulfgard entries, as mentioned before). Just send me an email, or a PM here on the forums, and ask. Thanks again!

Now, without further ado, the results! The commentary is mine. After drawing his own awesome rendition of Mage-Emperor Ildrius, Dalton commissioned some stickers based on it from me, and used them to create a fantastic minifig! With a great beard and (custom-painted) hair combo, it all came together quite nicely. A dark and mysterious vampire necromancer character named Lord Elric Murdstone completes the scene, bowing to the Mage-Emperor. All in all, fantastic job. The runaway pick for the expected winner, I feel like Nightstalker deserves a gold medal regardless of his final scores, just for all of the amazing fantasy minifigs & vignettes he has posted here on the forums, in his various threads and Fantasy Funnies comics. Perhaps an honorary Gold Lego Brick medal? Either way, both of these entries were great, with Blood Lord Illaren Skorn scoring just slightly higher than Kagaz Urgol. Perhaps due to the Blood Knight's moody look, awesome cape, and vampiric blood-red armor. Great stories and lore for both as well! 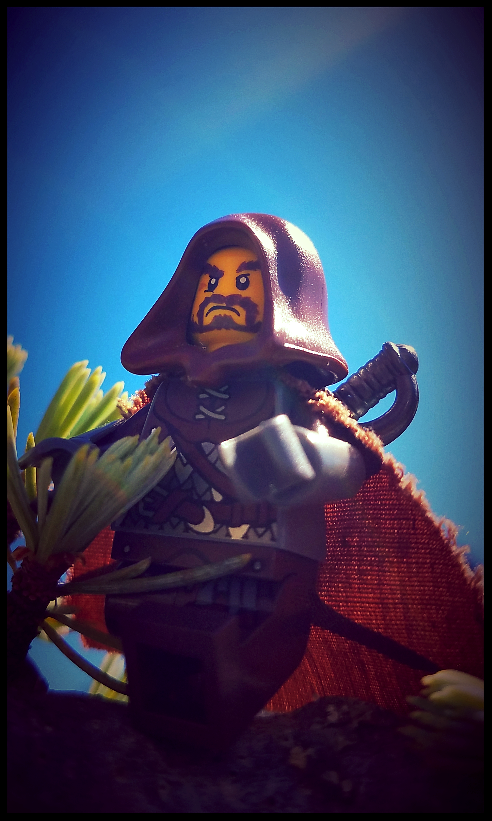 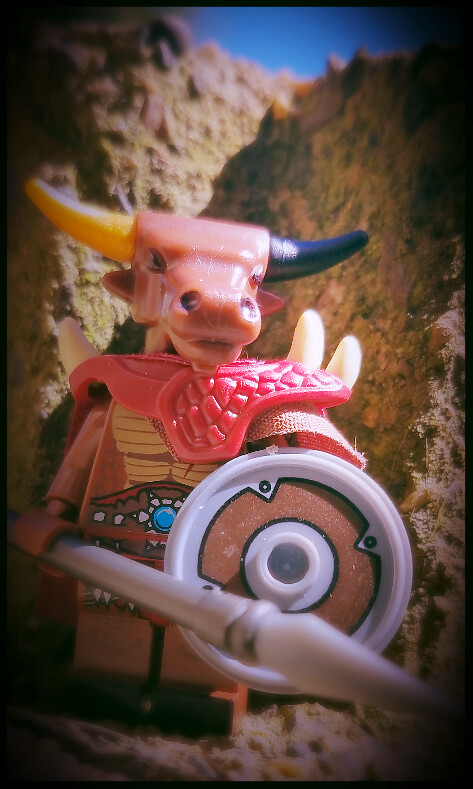 I get the feeling Ambad's entries might have swept to the lead in a public poll thanks to their amazing presentation. Excellent photography and use of filters really makes these entries jump out. My favorite is the Minotaur, with good choice of parts, and with hints of a background story in his mis-matched horns. Now if only there were names and stories to go with them!

Though he claims to have thrown it together at the last minute, Thrawnie's winged warrior was a hit with the judges! The dark colors and unique skin tone do make it stand out from the pack. You can tell she's from a truly ancient kingdom thanks to all the dust on her legs.

I really enjoyed this entry - the first one we got in the contest. The minifigs - made with Brickforge accessories - are relatively simple but super effective, especially combined with the rich Wulfgard backstory about a lost Imperial Legion. Great job!

Honestly, I feel like this entry should have scored higher! It was one of my personal favorites.The custom painting adds that extra personalized touch that I feel sets it apart from a lot of the other purist type entries. Plus I just think he looks really cool.

DragonJedi's Janus Casperius was another personal fav - I appreciate going the extra bit to add custom stickers. Though he was a member of the Hidden, he looks like he would make a great Silent Messenger. Sareth's demonic Aelyn Valkieren tied in the scores, with his rich backstory and custom red-orange accents really adding to the effect of the final product.

A simple one but a good one with a lot of character. I'll have to read that story some time!

Although he came in last, I do like this guy's unique, simple armor design and color choices.

Thanks again to all the participants! Hope you'll join in again next time!

When I saw a figure based off of the Mage Emperor, I pretty much knew that was the winner. One of these days I'll win one these contests. Congrats Dalton!

On another note, please tell me we'll have another one of these contests?

Congrats Dalton and to everyone, I thought the standard of entries was incredibly high!

On another note, please tell me we'll have another one of these contests?

I'm hoping to start the next one (possibly Sci-Fi minifigs?) really soon. Want to see if it will get more entries during the summer.

Wow, I am so honored to make it into the top three! I had ideas for stories behind those guys, but never got around to posting them. I may just do that in their respective threads soon, for the halibut. For the record, though, neither of them is truly purist, though I went for a relatively purist aesthetic. The minotaur head is Brick Warriors, and his cloth cape and shoulder pauldron are cut to shape from Lego capes. As for the ranger, he's got Brick Forge arm bracers and Brickarms prototype cavalry sabers, and a, uh... custom distressed Lego cape? I found the oldest rattiest cape I had with fringed edges to give it a really worn look. But yeah, I'll post more on them in their threads later. I'm just super excited to have placed! Looking forward to the next contest, and hopefully posting some MOCs I've been meaning to photograph around here soon.

I have to echo Scorp's commentary as this was a tough contest, despite the limited number of entries, to narrow down the top entrants.  I definitely can stand behind the top 3 finalists as they brought the "goods".  Special shoutout to Ambad for the photography skills.  Your figs could have been the least creative and I still would have voted you high for that!  And hurray for 5% discount for everyone who entered, that's awesome!

Different, but not less.

Excellent entries, everyone! And the Gemini got a higher score than I was expecting, honestly. I agree, very tough call all around. Looking forward to the next contest!

Be without fear in the face of your enemies.

Be bold and upright that God may love thee.

Speak the truth, always, even if it leads to your death.

Safeguard the helpless, and do no wrong.

That is your oath.

Also tagged with one or more of these keywords: LEGO, Custom Minifigs, Fantasy