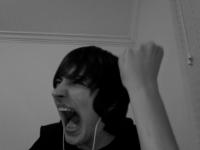 #263261 moving Wicktures that you are watching: John Wick 3 Edition

I watched Inception the other day.

For the eighth time.

QUOTE (Saber-Scorpion @ Jun 19 2008, 01:41 PM) <{POST_SNAPBACK}>
Hey, that's a pretty good question. For the Human factions, it depends on a lot of different things... cultural background, religion, family tradition, the requests of the deceased, even profession (aerospace crewmen sometimes have their bodies shot out into space). The most common type of burial is probably cremation.

The Natives all have different ways of respecting the dead. The Mahlok still bury their dead, and all Mahlok who die are traditionally shipped back to their homeworld and sealed in one of the huge necropolis vaults there. The Slashrim always burn their dead, as a sign of their return to Helexith, the fire-god. The Sarran have various traditions of burial depending on the planet or family, much like Humans. They value the spirit more highly than the corporeal body, but the chosen method of burial is still highly respected. The Sarran find Human "archaeology" disgusting, since the dead are not meant to be disturbed. Some Sarran tombs have remained untouched for untold millennia.


For Humans, basically the same religions that exist today, assosciated with largely the same cultures as today (Victory and Xarkon probably mostly Christian, Zygbar containing the most Muslims, Yavakaro containing the most Buddhists, etc.).
Of course, the Mahlok preach the will of Helexith to the Slashrim in order to keep them under control, the Sarran believe in the one-spirit Afaelya, and the Achmer are pretty much non-religious.
Well thank you

. I didn't put in any specifics for burial, but thanks. That's pretty interesting, I never would've figured Mahlok's buried their dead, but it does make sense.

What are the burial, or ways of respecting the dead in the different cultures?

What are the main religions, if there are any?