Fire of the Mountain, hilt detail 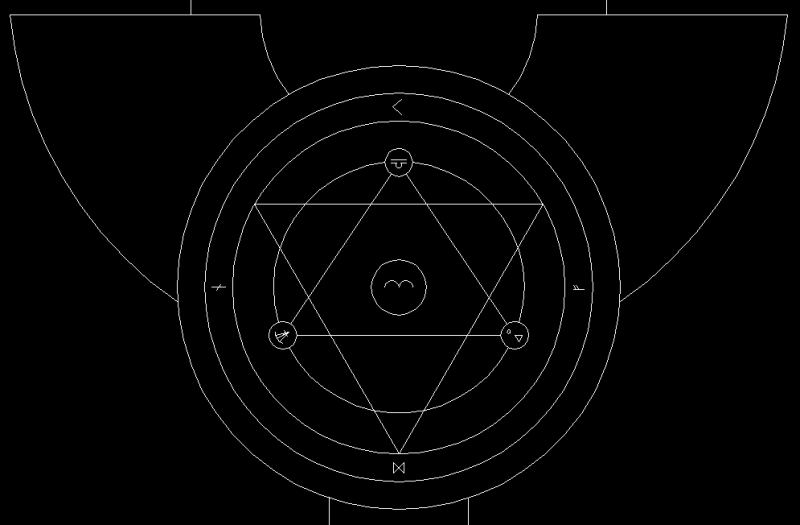 Ruadh Hayes was given this sword two years before that fateful battle with the barbarians, and it disappeared soon after the last skirmish. It had been given to Earl Lupei's for repairs when the Earl was imprisoned, and vanished in the ensuing chaos. Its current whereabouts and wielder are unknown.

Also unknown is the purpose of the strange array and runes etched into the sword's hilt. Some claim that Captain Hayes was in fact a sorcerer skilled in manipulating fire, and that the Fire of the Mountain enhanced his abilities through the array on either face of the hilt, however this has also been dismissed, this time by the Inquisition.