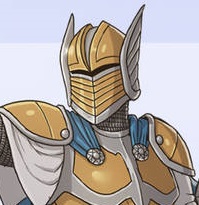 I honestly forgot that this topic even existed, but my Youtube channel has changed drastically since I first used it.

I've pretty much moved away from Animations and focused on memes for a while, but now I've gotten into long-form video content. This is also why Art updates have become much less frequent, because I devote most of my spare time to working on new videos. I've posted most of the videos that I've made on the SSLF Discord, but I'm going to be posting these here for the benefit of those who either are not members of it, or have chosen for one reason or another to leave it.

This is the first long form analysis video that I've made myself. I think I posted my Avengers Endgame video here, but that video was not edited by me personally except for the sound. The video is dated in comparison to the rest of my content, but its the one that has preformed the best (mostly because its Star Wars).

This video was mainly inspired by a conversation I was a part of at work, and I wanted to express my frustration with this overused, misunderstood writing trope.

Both of these are videos analyzing the Lighthouse. The first video is a Halloween special that I did around the ending of the film, while the second is a full review and analysis of the film. I would recommend watching the movie first, because otherwise I don't think people will get too much out of these videos.

This last video is on the Star Wars Holiday Special, which is legitimately one of the worst things I've ever seen, but also why its important that it exists.

I hope that some people that see this are interested, and I'll be sure to update this topic every time that I post in the future. The video I'm currently working on is a review of the second season of the Mandalorian, which is still in pre-production, and it will hopefully be out sometime in mid-January.

I really like all of the little details you manage to cram into your characters.

Anyways, here's the last of the art from this year.

First up, some Fantasy Doodles:

Next, a Satyr Druid:

Lastly, a finished version of that female Vampire I posted:

That is quite the bag pipes. Kudos for originality on that one.

I hate to say it, but I didn't come up with that. It's based on a caricature of Martin Luther: 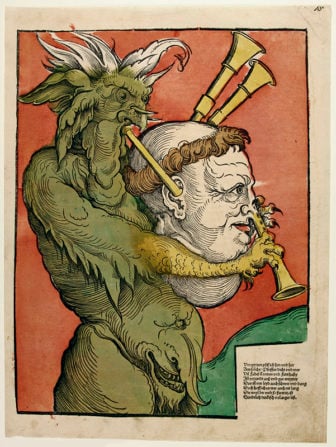 Anyways, on to the art I did come up with! I'm almost a half hour late on this, but better late than never. I didn't draw too much last month, but I hope you guys like this stuff.

First up, a whole bunch of Vampire doodles I made based on suggestions:

Next, a WIP of a Female Vampire Warrior who fights with her hair:

Lastly, a drawing of a Papal Guard from my Fantasy Universe:

As always, Comments, Critiques, and Suggestions are always appreciated

I really like the brick-built barding you've used on these last two projects. Keep up the good work!

It's time for the last art of October!

First up, the last of the Inktober Art:

Next, here's some art that I did that wasn't for school. Once the semester is over, I'm going to be posting them here so you guys can see them.

Lastly, drawings of soldiers from the different Empires in my Fantasy Universe: