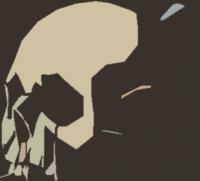 New video about, you guessed it, combat again:

A low-rent version of the best TPS ever made still has to be pretty fun right?

I haven't played a Bioware game since ME2, but I may just have to pick this one up if all that gameplay turns out. Plus I think it's cool that manlets are finally getting representation in a video game, very progressive of Bioware.

I may or may not say this every year, but I think this E3 could be a good one. We should finally hear about Cyberpunk 2077, we'll have another Death Stranding trailer to go nuts over, Nintendo and Microsoft both have new consoles they have to feed with cool games, and this is definitely the year for Devil May Cry 5. Definitely. All those other times I said definitely I was obviously kidding, but this time?


Is it time to admit DMC 5 is SSLF's meme game equivalent to HL3?
No, it's not, E3 this year, just wait, it's happening and it's gonna be CUH-RAZEEE.

You know that feeling when you're finally done with a game, and you're more excited about having 75gb free than actually finishing the game? Yeah, I'm pretty much done with ARK now.
That game had so much potential. What happened?

I would argue with this, as I have some very strong feelings regarding the RE series as well as its fate, but then everyone would just gang up on me because my opinion is not the popular one and therefore is wrong.

I haven't been playing many games lately. I've played some multiplayer games with Scorp when I can, for the most part. But earlier tonight, I did go ahead and snag some more achievements in RE5 on PC. I already have the platinum on PS3 (I don't know if I'll ever get it again on PS4 in the remaster, which I've already played some, but maybe someday), but I already have almost all the achievements on PC as well now, so I figured why not. Just two left now from the main game, not counting Lost in Nightmares. I'm going to start my solo Professional run on PC soon; it was a blast on PS3, so I'm looking forward to it.

I don't actually have any strong feelings towards the resi franchise, so I'd be interested in hearing what a more long term fan feels about it.

Wow a boost mode on an expensive new console? That's almost as good as making the games run well in the first place.

Dear people of SSLF I must warn you that the following content is so hilarious that it may cause your sides to collapse into super-dense black holes. If you choose to disregard this warning click the spoiler below:


Spoiler
Polygon, famous for their incompetence at Doom and talking about politics in the Phillipines, had do delay their Nioh review. Why you ask? Because it's too hard. That's right, they're so bad at Nioh that they haven't even gotten far enough to review it. Polygon being bad at a game is tantamount to a glowing endorsement, so I once again encourage you lot to pick up a copy of Nioh (And bloodborne) if you own a delaystation.

I'm not sure if I agree with the idea that deliberately misleading people to get them to play a trashy mmo "ain't broke".

So I forgot to talk about the Nioh last chance demo on the weekend and am going to do: it's amazing, and if you have a PS4 you should buy it on release. Most Souls-like games released so far have been content to blandly imitate FromSoft's amazing Soulsborne games, not Nioh, it doesn't stiffly attempt to replicate the weighty pragmatic combat of DeS and DaS, nor does it entirely copy the aggressive violent systems of Bloodborne, which encourage incredible feats of feats of risk taking. Rather I feel, Nioh's system is one that focuses on precision, of executing just the right amount of attacks, and always just being out of your enemy's and it suceeds in making the game feel distinct under the thumbs from it's inspirations.
like the Souls games, learning how the system works pays off, after spending more time in the last beta than I do in some full games I felt fully prepared for what the game had to offer, and I was right; I cleared the area to the boss with only a few deaths, and defeated the Ogress on my second attempt, a far cry from what was probably dozens of deaths to the bosses of the beta.

It wasn't an easy victory though, I used every healing item in my inventory and was on a sliver of health when a risky attack payed off and ended the boss rightly. That's the real key to a good Soulsborne game, it's not the difficulty in and of itself, it's that the game's difficulty encourages you to master it's systems, and to understand the enemies perfectly, to know when to take risks and when to play it safe. Reaction times may be important, but not nearly as much as just figuring out how all the pieces fit together.

I do have a few criticisms, but let me make it clear that these are criticisms in comparison to a (pseudo-)series that has 3 of my favorite games on earth (Dark Souls, Bloodborne and Demon's Souls) so they aren't exactly big caveats as much as little complaints.

The first is that I loathe the loot system, but this is true for most loot systems, I simply do not like systems where you are constantly collecting functionality identical weapons that give you slightly greater damage, it's pointless busywork. Having to swap my 110 damage Katana to a 115 damage and then a 121 damage Katana is boring, and if it doesn't effect how I play, I would rather not deal with it all. The Souls games provide what I consider the golden standard of how to handle weapon loot: there's a large selection of weapons with variable movesets, with variable stat buffs and reqs that suit different character builds, but almost all of them are roughly equivalent to each other statistically. What this means is, that if yoy find a weapon you like, you simply keep it and apply upgrades as necessary, for example, I've beaten one Bloodborne playthrough with the first weapon I picked up (the threaded cane), and because I tuned my character and upgrades to that weapon, the weapon was just as viable at the end of the game as at the start, not because it was OP, but just because I liked it and upgraded it to keep it functional. That, in my opinion, is the best and most interesting way to handle weapon loot in a game.

Another one is level design; it's not that Nioh's levels are bad, it's just they are very utilitarian, lots of plain pathways and boxy rooms, they aren't bad, but they also aren't interesting to fight in.

Related to my previous point is that game is aesthetically a bit ugly, so far I haven't seen any bosses that stick in my mind visually, as covered as they are in ornate detail, nor can I distinctly recall a specific area of the game so far, as they all largely flow together with excessively similar color palletes. Maybe it's just that I'm not big on feudal Japan as a setting though.

Anyways I'm going to reiterate that those complaints are minor compared to how much I've enjoyed the betas and demos, and I feel confident that if anything, my opinion of the game will only improve upon release.

We're talking historical suggestions and nobody has suggested Normans or Byzantines? I thought I raised you all better than this

I thought about it, along with Polish Hussars but I'm not going to ask for anything because TBH I probably wouldn't buy any historical figures either way.


Also this game looks absolutely brutal. The Alpha and Beta just stomped my face into the ground over and over, and the full game only looks more ridiculous, but I'm going to git gud, I swear.

I consider myself a seasoned Soulsman, having beaten all of the Soulsborne games at least once, most of them far more than once, but the Nioh beta still put me through the ringer at times. Nioh is also the first non-From Software Souls style game to actually grab my attention, so props for that too.

Except would make sense to do.  And Nintendo hasn't exactly proven that they know how to make sensible decisions recently.

Even if that is the case, the "Bigger map = better game" nonsense absolutely needs to die, 99% of the time I would rather have a densely packed and incredibly well crafted but small map than a sprawling desolate wasteland of nothing to do.

I'm going to be that guy.


Nintendo sees Metroid as a dead series and won't support it anymore.

You're an actual liar and attempted dream crusher, I can't believe, I won't.

This generation mostly feels like it's been the big three console companies taking turns dicking the consumer around, it's like they're on a steady diet of lead paint chips and mercury vapours.
Ah well it's been a good reminder that we owe these companies nothing and shouldn't feel the need to defend them when they do wrong.

About time you showed up again, as always, love your stuff, and your colour choices are excellent, especially in that first picture. Keep it up.

I don't think I've commented on your stuff, (too lazy to check teebeeaetch) and if so, that is an absolute travesty; you've got an absolutely lovely and very clean approach to linework and a great style.

If I can give one bit of advice (like I have any right to but w/e) your blending and shading could use a bit more work on the more 'painterly' pieces such as the pin-up girl in the green shirt. First I would suggest blending it a bit more for example the skin on her leg has three very distinct gradients, which is completely fine if you're doing clean cartoon shading but here I think blending them more would be ideal.
Additionally I might try ramping up the colour contrast making the highlights a bit lighter and the shadows a bit darker, as well as play with the colour ramps a bit; for example the blue coat on that vault-girl looking red head could shift to a much deeper blue or even a purple, it's not necessary I think, but I find it's a good way to make lighting look more dynamic.
Alright I've rambled way too long, keep posting cool stuff as your art is fantastic.