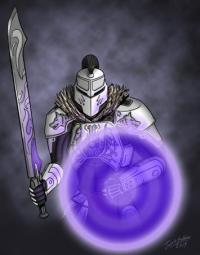 Hey folks!
My name is Nick!
I really love building LEGO; I've been building since I was about 3 or 4 and my collection is only a couple years younger than myself. I enjoy building castle and mythic sci-fi builds. I graduated from UMW with a BS in Computer Science and currently work as a test engineer. Anyways, I've been inspired by so many builders and I always look to get better and better in building. I would leave a link to my Flickr or Brickshelf, but I'll just say check out the Construction Zone! I have plenty of old and new works in that part of the forum. Hope you enjoy!

Once more, it's getting close to that time again! Well... maybe...

As of right now, BFVA2021 is being declared a private show to exhibitors only. That may change in the future. Truth be told, my attendance may chance depending on how the world is by August. That aside, I am working on a build! Nothing super special, but I'll keep you all posted.

Currently a WIP, but I'm working on a nice, little tavern. Just got the walls up today, and I'll deal with the insides tomorrow. Once the inside has a layout, I'll go back and add special little details. Right now, the plan is to make it two floors. If I stay on schedule, the digital building will be done by the end of the month. This leaves all of June to order pieces and July to assemble it plus the base. I've got a name in mind for the tavern, but that'll be a little surprise for later.

Oh, and expect to see various SSLF cameo figs in the place when it's done... because... you know... it always is fun to set them up doing things!

Anywho, that's all for now!

Short Stories: Among the Stars

So these aren't by me, but my brother. He's never really posted anything, but I figure folks might find these stories interesting. Again, just trying to get some initial exposure, so feel free to comment. Enough of my prattling, here's the first story! Apologies ahead of time for the formatting.