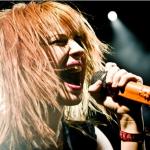 Because I'm sick of having an empty "About Me" page, here you go.

Last movie watched (for the first time): American Psycho (disturbing as all hell, seriously. That was an INSANELY dark movie.)
Looking forward to: The Imaginarium of Doctor Parnassus & Repo Men - I have always REALLY liked Jude law, plus it's Heath Ledger's final film (he's quite possibly my favourite actor, ever).

Currently writing: Well, now... that would be telling, now, wouldn't it? Still, I'll give you a hint: it's something original, though I am updating my Nova Refuge & Wylfgard fan-fictions.

Currently playing: Nothing, really... kind of waiting for Sims 3, but that's about it.
Looking forward to: Mass Effect 2.

Last game finished (for the first time): Borderlands (though, because of the lack of truly compelling story, I'm gonna go with Uncharted 2: Among Thieves).

Currently reading: Seeing Redd by Frank Beddor; it's a sequel to The Looking Glass Wars. Think Alice in Wonderland, but more violent and war filled and epic. Also, The Road by Cormac McCarthy.
Last book read: Lord, I can't even remember. It's been a while.
Looking forward to: I don't really know what's coming out soon; pretty much just reading what a friend of mine suggests to me.

Currently listening to: A band called Ignite - they're melodic hardcore, and they're pretty good (though I would only say that about their last album, Our Darkest Days).
Looking forward to: Motion City Soundtrack's new album, My Dinosaur Life, and Alkaline Trio's new album, This Addiction; both of them have me squealing like a little girl in delight.