705 replies to this topic

...Or until they release a patch that adds the rest of the Pokemon to the Galar 'Dex.

Yeah, they could, but so far Game Freak have only ever put out patches when they really needed to fix bugs. They're not really a content update kind of developer, because they know they're always going to be selling a new game in a year or two anyway. They're also a really weird developer, and they're always doing baffling stuff like this for no conceivable reason.

For reference, Let's Go Pikachu and Let's Go Eevee have the same limitation where they don't have an International Dex and you can't transfer most Pokemon into the games. They never patched more Pokemon in. People didn't like that, but basically excused it because the Let's Go games were spin-offs, and surely the next 'real' Pokemon games would bring back all the Pokermen. Except now we see that Sword & Shield are going to be the same story, and maaaaybe your favourite Pokemon will be back in 2020's game, or maybe not. Gotta Catch 'em All Some of Them!

So, how about this here eighth generation of Pokemon, then? I'm about eleven hours into Sword, having just beaten the fourth gym, and eeeeeeeeeehhhh

It's acceptable? It's OK?

If you were hoping that the Pokemon series' big debut on the Nintendo Switch would be some kind of pivotal, singular moment... keep hoping, I guess, but I really don't think that moment is ever coming. At this point I think it's clear that, while Pokemon might be the biggest money-earner in the entertainment world, Game Freak doesn't actually see much of that cash, and as long as they have to keep pumping out a game every year on a shoestring budget, the big paradigm shift is never going to happen. Sword and Shield are good Pokemon games with some really nice steps forward and a few baffling steps backward, and I feel like that is basically the story of every new Pokemon game.

There are a lot of really nice new features, like the 3D environments with Pokemon actually visible in tall grass and clomping around the overworld, which I love. It was wonderful in Let's Go and it's just as good here; I never want to go back to random encounters. I wouldn't call the game a looker in a technical sense, particularly not in the Wild Area which is honestly just pretty ugly, but some of the towns have strong enough artistic beef to overcome the low-res jagginess. There are some really nice QOL improvements, too, with more intuitive menus, a PC you can access from anywhere, really early access to fast travel and the bicycle, and a bunch of other stuff I'm probably forgetting.

But then there's stuff like the GTS, the Global Trade System, just being gone. They didn't replace it with something better, they just took it out. An online feature that's been there since the DS games (not the 3DS, the DEE ESS) is not present in the NINTENDO SWITCH game, where you actually PAY MONEY for access to online features. I remember when we first heard that Nintendo was doing a paid online service, lamenting the idea that I'd have to pay for a subscription just to trade Pokemon. Silly me; I couldn't trade Pokemon if I was paying. If you want to trade in Sword/Shield, you need to have a way to talk to the other person outside the game, be online at the same time and trade ID codes with them. We're back to barely a step above Link Cables again. The year is 2019, by the way.

Also they've made all the best TMs one-time-uses again, which is just baffling to me. It just seems like a twist of the knife for no discernible reason. This huge, universally-liked upgrade we made back in 2010? Yeah, we're undoing it. It's back to being bad now.

Right now my biggest problem with the game is that new Gen 8 Pokemon seem to be extremely thin on the ground. I want to use a team of only new guys, and so far I'm still using 6 dudes I caught in the first couple of patches of grass on Route 1. I don't know where the rest of the new ones are. I don't want to just go and look it up online and ruin the surprise for myself, but I'm just not finding any new bois. And the really irritating part is that my guys aren't learning any good new moves, even in the mid Lv 30s. You see this guy? 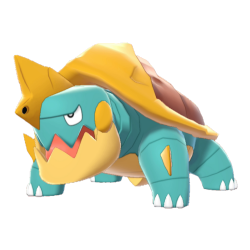 Water Gun. I'm still using Water Gun at Lv 35 with him. He isn't going to learn another Water move until LEVEL FORTY EIGHT. 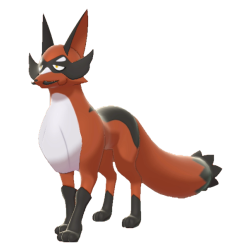 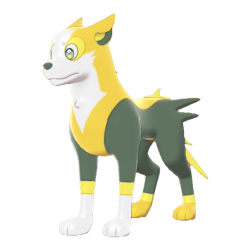 Isn't going to learn another Electric-type move until Lv 48. It's Spark until then.

Who designed this game?

The Let's Go duo from last year was made with the specific promise that a 'proper' Gen 8 would be on its way, to cater to the Core audience. Sword and Shield has done nothing but alienate the Core Audience.

-The promise that no game will have the full roster ever again.
-Cutting GTS entirely (Ohh but it'll be back...as part of Pokemon Home, the subscription based Box system that's a successor to Pokemon Bank

This is not the Pokemon game we were promised in any conceivable way. And settling for it is tantamount to just letting them get away with making this the new norm.

I don't want to speak too soon here, but I'm eight gyms in now and unless the endgame is absolutely mindblowing, this is the worst mainline Pokemon game. By far. Like, comically so. It honestly feels like playing Chapter 2 of Metal Gear Solid V, where it's crystal clear that something went wrong during development and they just did not have the time or money to finish the game.

I knew something was up when I hit Gym 4 and realised that the story still hadn't started yet. Despite the constant interruptions from NPCs who stand directly in your path so they can stop you and tell you to go exactly where you were already going, there's just... there's no story here. Every now and then you'll hear a giant explosion or crash off in the distance, and the NPC crew will rush off to investigate it, but you aren't allowed to see what it is. You just have to keep shuffling from city to city, beating gyms while the story happens off-screen. Now I've beaten all eight Gyms and the story STILL hasn't started yet. More off-screen explosions that everyone but me gets to see. Some kind of ancient mystery of the region that Sonia is investigating on her own. Instances of Pokemon mysteriously Dynamaxing all on their own, which the Champion is sorting out without my help. Oh, things are happening, it's just that I don't get to be involved in any of them. This game is like playing Mass Effect from the perspective of that N7 wannabe guy who just meets Shepard a couple of times but doesn't actually take part in the adventure.

Even the Gyms themselves peter out pathetically by the end. The seventh Gym 'Challenge' is just walking left to right through a straight line 'town' with painted on doorways to buildings you can't enter, fighting four trainers along the way. The eighth Gym? The one you've been waiting for? It doesn't exist. They didn't create assets for it. You get teleported to the nearby museum to have three consecutive Double Battles in one room, then teleported back to the Gym for the final fight in the same generic arena that all the Gyms share. This game is losing steam it barely even had in the first place.

Boy oh boy, you guys. Something has gone drastically wrong with the Pokemon pipeline for them to have cut over half the Pokedex and still released the game in this state.

OK, so it turns out that Sword/Shield does actually have a story, it's just entirely contained within the couple of hours between beating the eighth gym and facing the Champion. The first 20 hours or so are just you running from town to town while things happen just off-screen, then at the very end of the game they introduce a new evil team, have the real villain show his true colours, blaze through all the lore involving the Legendary duo and some kind of 1,000 year disaster and also the third Legendary btw.

At one point it appears that your bud, the current Champion, has been kidnapped by the evil team, so you have to storm their evil tower to get him back. The game depicts this as an elevator ride that stops three times so some goons can get on and Double Battle you and your friend Hop (he heals you between each battle). Then you reach the top in time to see the villain having a heart-to-heart with the Champion, which is shown as a series of three LITERAL JPEGS because I guess they ran out of money or time before they could animate it properly. Then the Champion just comes home with you because it turns out he wasn't kidnapped at all.

There's no Elite 4, you just have rematches with a few of the Gym Leaders, then a terrible Raid Battle against the third Legendary, then you fight the Champion and it rolls credits. Apparently there's a short postgame quest, but I read up about it and apparently it's mostly more Gigantamaxed Raid Battles, so I'm not going to do it. The Raids in this game are utter chores where you're paired up with three NPC trainers who keep using useless moves and the enemy Pokemon can summon six-layer shields out of nowhere. You press A to select your attack, then you just set the Switch down for a couple of minutes of unskippable animations until it's your turn again.

That's it. I'm done. 25-ish hours and I never want to play this game again, and I am someone who's poured at least 200 hours into every previous Pokemon gen. They gutted the Pokedex, stripped back the online features to practically GBA levels, kicked a clearly unfinished game out the door, and this is their debut on a system where the games cost the full $60 now and you have to pay extra for online.

Also tagged with one or more of these keywords: Nintendo

1 user(s) are reading this topic