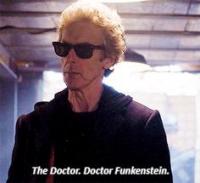 So basically the game is bearable to look at if you play with mods?

BioWare confirmed to actually be Bethesda wearing a BioWare mask

Finally caved and got a PS4, and my first foray has been into Horizon: Zero Dawn. Been enjoying it quite a bit; a few of the open-world mechanics feel a bit Ubisoft-y, like some of the crafting and the occasional 'climb large X to unlock some map markers' stuff, but the world is engaging, the characters are perfectly adequate (this game won't win any writing awards but Aloy is a decent protagonist and the side characters are likable enough), and the gameplay is a nice mix of exciting exploration with satisfying combat. I wouldn't call it BEST GAME 2017 GOTY ALL YEARS, but it's a solid, well-assembled little title.

and that stuff is only good for one playthrough; if you start a new game it's all gone.

In Topic: Let's Play! (Or watch video games on Youtube)

Tangentially related, I actually made that Discord channel. Should start putting it to use tomorrow night.