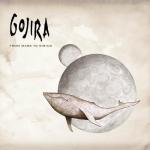 Mass Effect 2 is finally in the bag after perhaps thirty hours of interstellar ramblin', and I'll be gosh damned if they haven't ended up with something like a new genre. Bioware's unsparing assessment of their first go-round has resulted in a taut-ass sky-journey that spends hour after hour cinching itself around your throat.

If you say anything else - one word - I will kill myself. And when my tainted spirit finds it's destination, I will topple the master of that dark place. From my black throne, I will lash together a machine of bone and blood, and fueled by my hatred for you this fear engine will bore a hole between this world and that one.
When it begins, you will hear the sound of children screaming - as though from a great distance. A smoking of nothing will grow above your bed, and from will emerge a thousand starving crows. As I slip through the widening maw in my new form, you will catch only a glimpse of my radiance before you are incinerated. Then, as tears of bubbling pitch stream down my face my dark work will begin.
I will open one of my six mouths, and I will sing the song that ends the Earth.

Definition: 'Love' is making a shot to the knees of a target 120 kilometers away using an Aratech sniper rifle with a tri-light scope. Statement: This definition, I am told, is subject to interpretation. Obviously, love is a matter of odds. Not many meatbags could make such a shot, and fewer would derive love from it. Yet for me, love is knowing your target, putting them in your targeting reticle, and together, achieving a singular purpose, against statistically long odds.

I'm getting into my car, and I'm driving to Barnes and Noble. If that is the name of a real book, I'm going to kill myself. Others may die also. I'm going to play this thing by the ear.

Every day, she rubbed herself against the walls of her home, so that the clothing would be worn out sooner. Every day, day-by-day, without fail she would rub herself against the walls, till her clothes became thinner, and thinner till she completely wore it out. Elated, she made some bread with butter and wheat cakes for her mother, intending them as gifts, and left her house for her mother's cottage in the woods.

"Who is it?" the girl's mother asked.

"It is I, your daughter, come to bring you cakes and bread." And when the mother opened the door, the wolf killed her, eating most of her.

Sometime later, the young girl finally arrived at her mother's cottage. Knocking upon the door, she heard her mother call out in a strange voice, "who's at the door?"

"It is I, your daughter, come to bring you bread and cakes, for I have worn out my clothing of metal and now come to visit you."

"Come in my daughter, the door is not locked!" But the door was locked, and the little girl had to climb in through the little hole at the bottom of the door.

Once inside, she noticed that her mother was in bed. After the long walk through the woods the girl was hungry, and said thus to her mother. "Mother, I'm hungry, for I have traveled far and deep to this place."

And so the reply was, "there is meat in the cupboard, that you may consume to sate your hunger."

And as the little girl was about to eat the meat from the cupboard, suddenly a cat jumped onto the cupboard and told the girl, "do not eat this meat, for this is the meat of your mother, whom has been murdered most foul by the wolf that now sleeps in her bed!"

Thus the little girl told her mother, "Mother, this cat says that it is your meat that I am about to eat!"

And her mother told her, "Surely this cat is lying, for am I not alive and well, talking to you even now? So throw your stick at the cat and eat the meat to sate your hunger." So the girl obediently threw her stick at the cat, thus scaring it off before consuming the meat.

When she had eaten her fill, she felt thirsty, and told her mother so. "There is a bottle of wine above the fireplace child, drink it, and sate your thirst."

And when the little girl said to her mother, "mother, there is a bird that says that this bottle of red wine that I am about to drink is your blood, and that you were killed by a wolf, whom now lies in your place!"

And thus came the reply, "child, am I not alive and well? So is the bird lying. Throw your cloak at it, that you may then drink of the wine in peace, and vanquish your thirst." Thus the girl did as she was told, and drank of the wine, till not a drop was left.

Now when she had eaten and drank her fill, till hungry and thirsty she was not, suddenly the girl felt sleepy. Thus her mother said to her, "come child, and rest by my side. I would have you by me once more." And the girl walked to her mother's side and undressed. Putting her clothes of cotton and wool neatly by the side, she climbed into the sheets with mother, so as to rest. There she saw her mother, looking very strange.

"Why mother," She exclaimed, "what big ears you have!"

"The better to hear you with, my child." Came the reply.

"Why mother," the girl continued, "what big eyes you have!"

"All the better to see you with, my child." Came the reply.

"But mother, what big paws you have!" The girl exclaimed.

"The better to hug you with." Came the reply.

"Oh mother, what big, sharp teeth and terrible mouth you have!" The girl cried out.

"The better to eat you with!" The wolf said.

And at that, the wolf pounced upon the girl and devoured her, rending apart her flesh and bone, eating her alive, ignoring her screams.

And thus, the wolf ate the girl, sating its hunger.

Rocco103 hasn't added any friends yet.