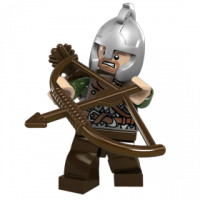 Okay, so I wanted to quickly enter these, before Brickshelf went back up.

First up, we have the Yavakarese Abunai-Class Frigate, Korosu
The Korosu is used primarily as an escort to freighters or carriers, and it has fended off many a raid from pirates and the sort. It is equipped with four frigate-grade firestorm cannons, and reliable shield and radar system.

Abunai-class frigates are generally lighter than most frigates, but can still put up a fight.

My next entry is the Zygbari Light Assault Mech, Skirmisher.

Skirmishers are used primarily for accompanying infantry in scouting parties or small raids, or disabling armored vehicles. It has four 'Hisser' high-energy SSM/SAM, designed to turn tough armor into slag. It is far less effective for destroying aerial units than it is for destroying ground units. It also has a double-barreled blazer cannon, anti-personal medium-grade blazer and powerful jump-jets, for going long distances(of course).

I know they won't win anything but I wanted to toss them out there, if you notice on my flickr page, I have other vehicles that weren't really entered, because they're too lame.

I guess I could've just linked to flickr and not created a topic, but I don't really care.

Hey!
So I recently rediscovered this LEGO strategy game called Brikwars, and it looks really fun. I'm still deciding on an army, it'll be either space orcs or the normal fantasy orcs. I was wondering if anyone else here plays this(I think Skorpia might, not sure though). Also you can post Brikwars related stuff of course, since it's the Brikwars topic...yeah.

So Lego Universe recently went Free to play, and while you have a ton of limits, it's still pretty fun. I also thought a Lego Universe line would be cool, like with all the armor and stuff, and they could have like in-game bonuses, but it would be expensive to make all those elements and stuff, so it wouldn't work. There's also a haiku contest, and you can win stuff, and that's kind of cool.
I don't think there was another topic, there probably is, since that usually happens to me, and also this probably belongs in the video games topic, but I hope you guys can be okay with that.