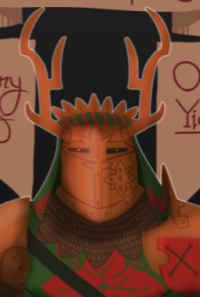 I'm currently trying to give Exan a run for his money on name changes.


It's a lot harder than I originally thought.

Sorry about the delay, jetlag is a bugger.

Faelor looked the man up and down, mentally noting everything he could immediately see about the man. The elf was a bit confused as to why a man of his caliber would join them on the quest. Granted the captain seemed to be taking all sorts aboard, he glanced to the side where the woman from the east was standing. The elf mentally shrugged and focused on the man standing in front of him.

"There's hard work, but if you feel up to the task, welcome aboard." Faelor wrote the man's down and explained where the ship was and what time they would set sail.

The young woman in front of Faelor was bubbling with energy, her appearance seemed to fit what most would think of a bard. Faelor noted with despair that in many ways, her energy felt similar to Wilhelm's. A small part of Faelor silently screamed as he considered the idea of 2 Wilhelm's (not counting Shauni who seemed to take on the eccentric captain's style). Before he could speak, however, another voice spoke up.

"She'll fit in nicely!" came the jolly voice of Wilhelm from behind him. Faelor rolled his eyes and wrote down the woman's name,

Faelor looked down the list and reread many of his little notes about each member of the new crew. He had seen worse and he had seen far, far better. However, beggars could not be choosers and with Wilhelm as the captain, they would take on most anything that was breathing. Except Maurice. Faelor shoved the disturbing memory aside and focused on the crew. They seemed worthy enough, he knew complaining would not yield any results and contented himself with an ale to drown his concerns.

Welcome aboard everyone! I'll get the starting post up sometime tonight and we'll set sail!

If anyone else wants to join in, just PM me and we'll work ya in with no problem!

Yeah, I know... but it's just not for me, sorry. Maybe you're right and the movie is technically good, even great... but

Spoiler
they kill all of the X-Men. All of them. Most of them in the worst way imaginable. And I know I'm not supposed to care, but dammit I do. I've been following this movie series for 17 years, through the good and bad, and I thought it had finally gotten a decent ending in Days of Future Past, and then they go and pull something like this, invalidating everything Xavier and Magneto and the rest of them ever fought for. The worst of all possible endings. Why couldn't they just make a movie about Logan getting old, battling a few personal demons, and then retiring? Would that have made the movie so much worse? But no, they had to go full grimdark to "shock" people and generate buzz.

Maybe, maybe if they 100% confirm that Logan takes place in an alternate timeline/universe - complete with a post-credits stinger on the next young-Xmen-prequel that shows all of them alive and happy as old people in the future and Xavier saying "good thing I found this medicine to control my seizures lololol" - then maybe I will watch Logan.

But otherwise I feel like it was made by someone who hates the X-series and just wanted to make a gritty "anti-superhero" movie to "turn everything you expect from a superhero movie on its head - WHOA MAN"... and that's just not my thing.

Spoiler
In the film they discuss how everyone died and why. It all follows (loosely) one of the comic lines where Logan is the last mutant alive due to a specially engineered virus to stop mutants from being born/

If anything I recommend seeing it if there's a cheap theater, I personally thought it was an amazing film. Just everything about it worked so well and it personally felt like the best superhero movie because it moved away from the normal formula and brought something entirely new to the table that was well-executed. Which is kinda refreshing in the modern era where there's a super hero film every 6 months at this rate and it's getting really stale, really fast.