I was browsing through a bunch of my older artwork on my computer while trying to compile a halfway decent art portfolio when I stumbled across these original Warrior Born sketches and thought I would post them here for the enjoyment of anyone who might be at all interested: 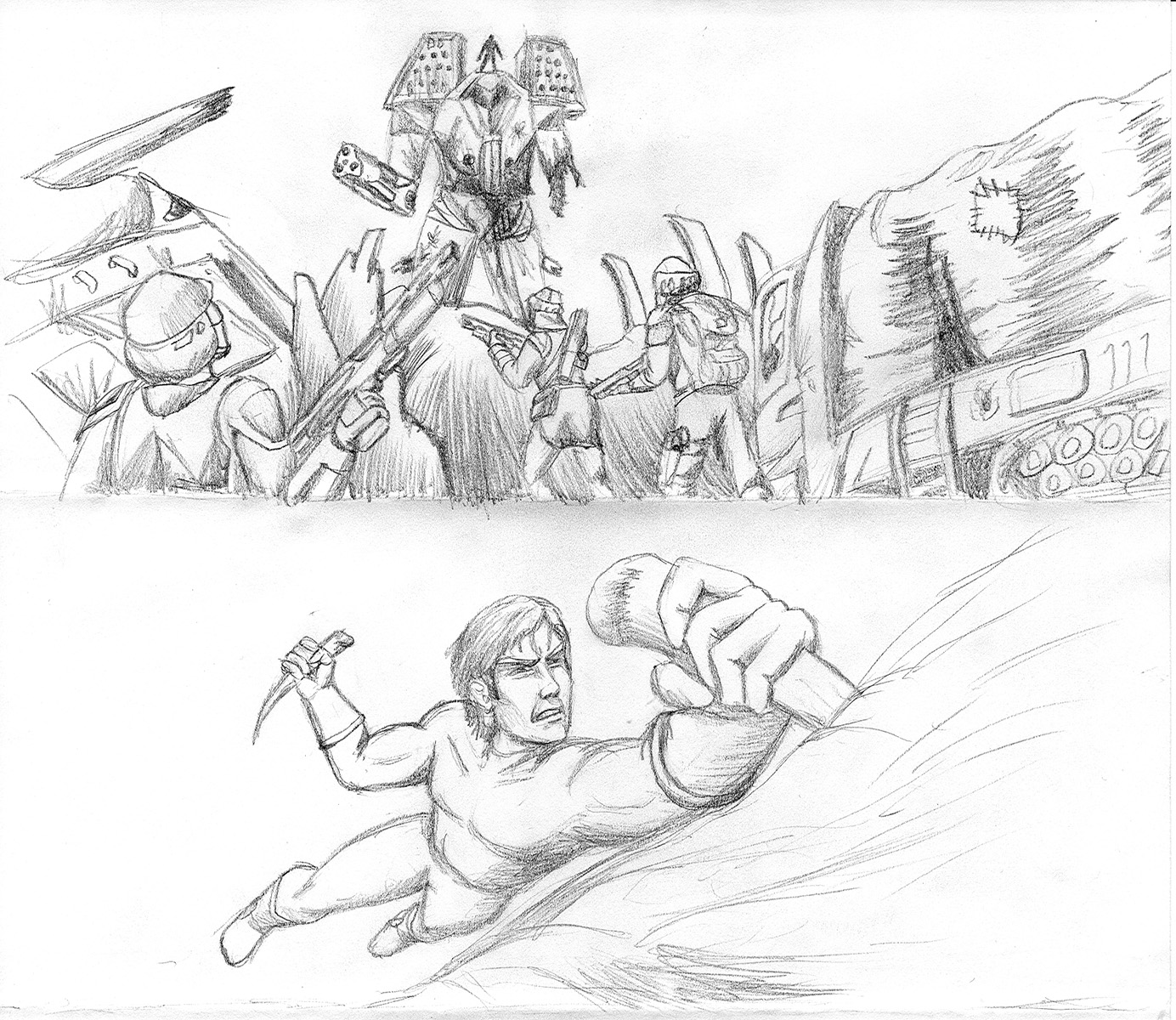 Original sketch for the header of Chapter Two (I think?), showing Scorp standing atop an old mech in a junkyard. The second sketch was not used. It's Scorp climbing up the mountain in the Test of Honor. I didn't use it because I thought it looked like crap. 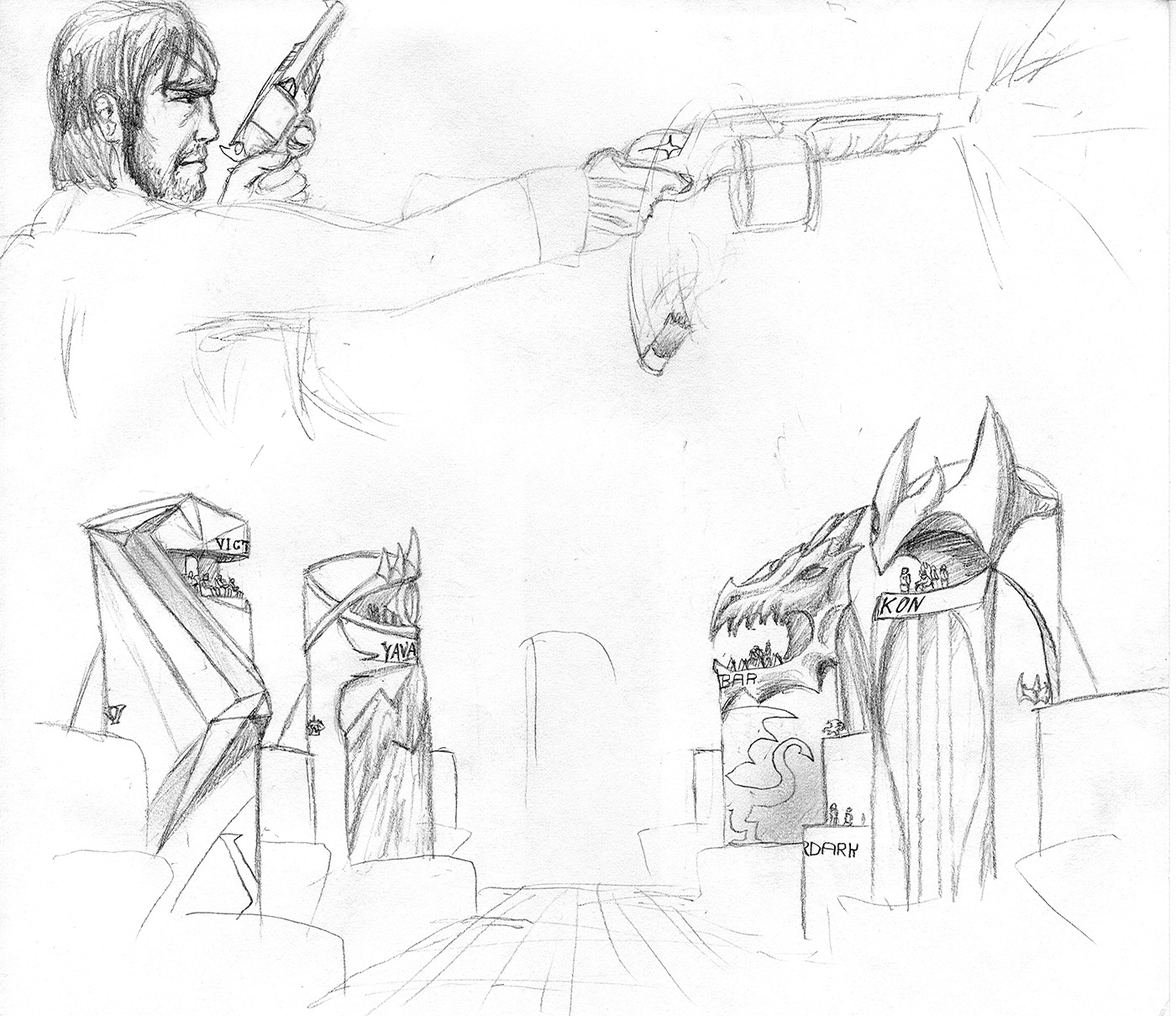 An unused sketch of Grimm III firing his guns, and the original sketch for the chapter header showing the CONON council room. Finished later during the digital inking stage. 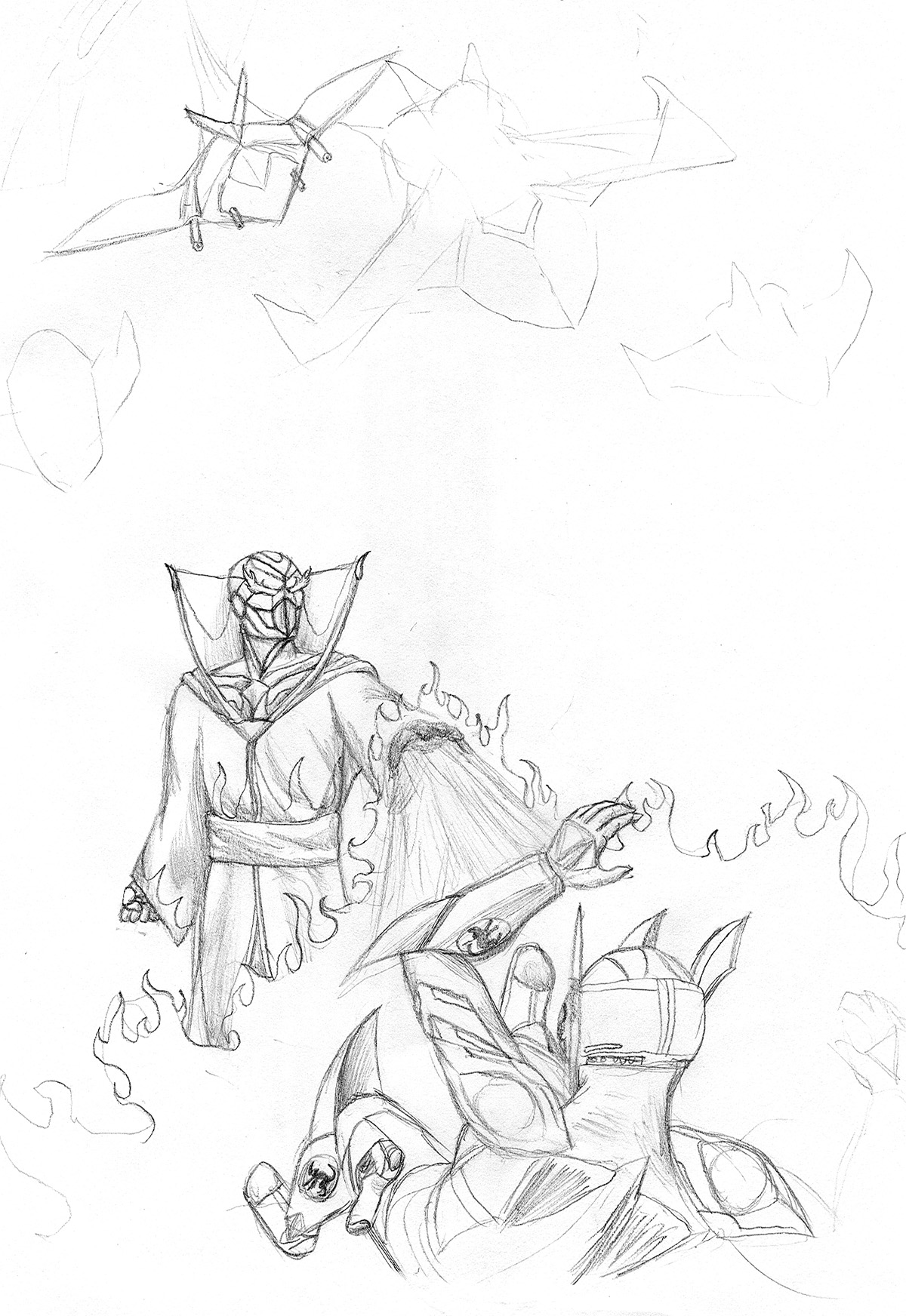 An unused and unfinished sketch of some Victorian aircraft flying to Shardasha - chiefly Rick Radcliff's "Silver Scepter" gunship and his son Harrier's "Silver Dagger" fighter. The second drawing is the chapter header of Lord Zegaldorph shooting fire at Shadow-Cat. 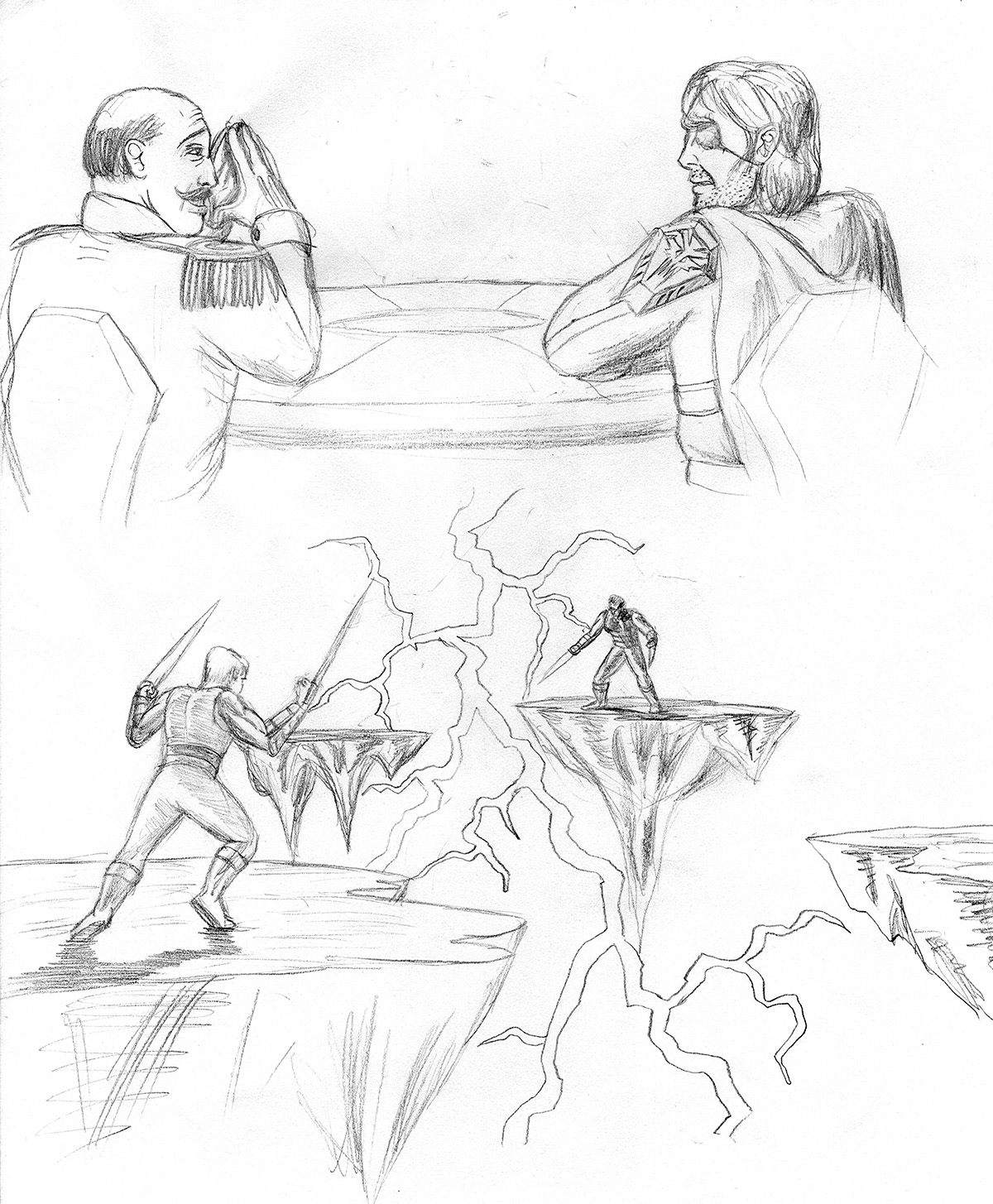 Both of these were used, although the first was heavily edited when I inked it. The first is Grimm and Roscoe talking together before their meeting with Mars. The second is Scorp and Raven facing off in the Test of Supremacy. 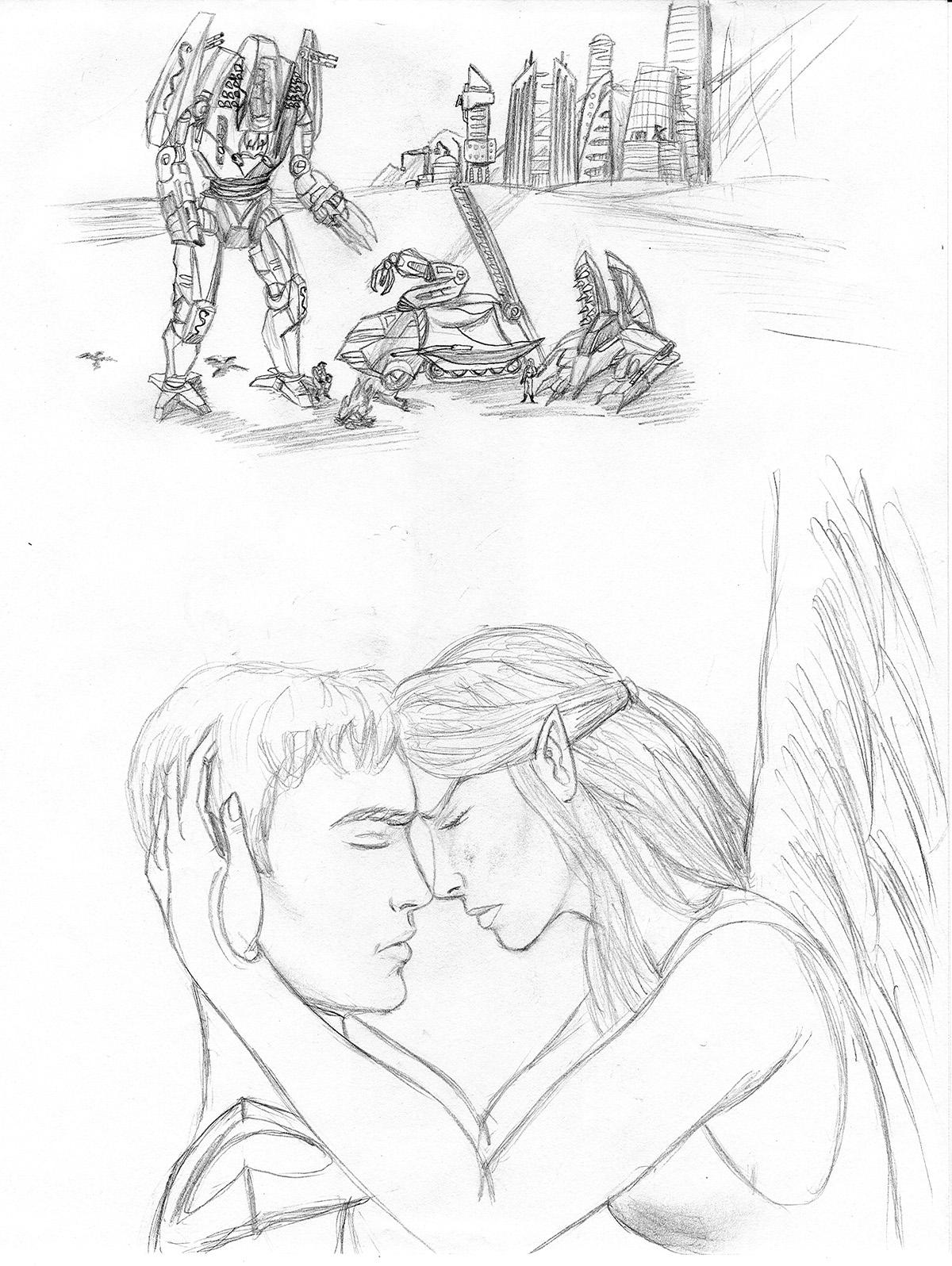 The first of these was used, the second was not. The first is the chapter header showing Viper and Falcon camping at the feet of their Dingo and Fox walkers just outside Shardasha. I never liked how small the walkers look here... Viper's Dingo should be much, much bigger. Oh well. The second drawing is an unused sketch of Scorp and Aeriella. 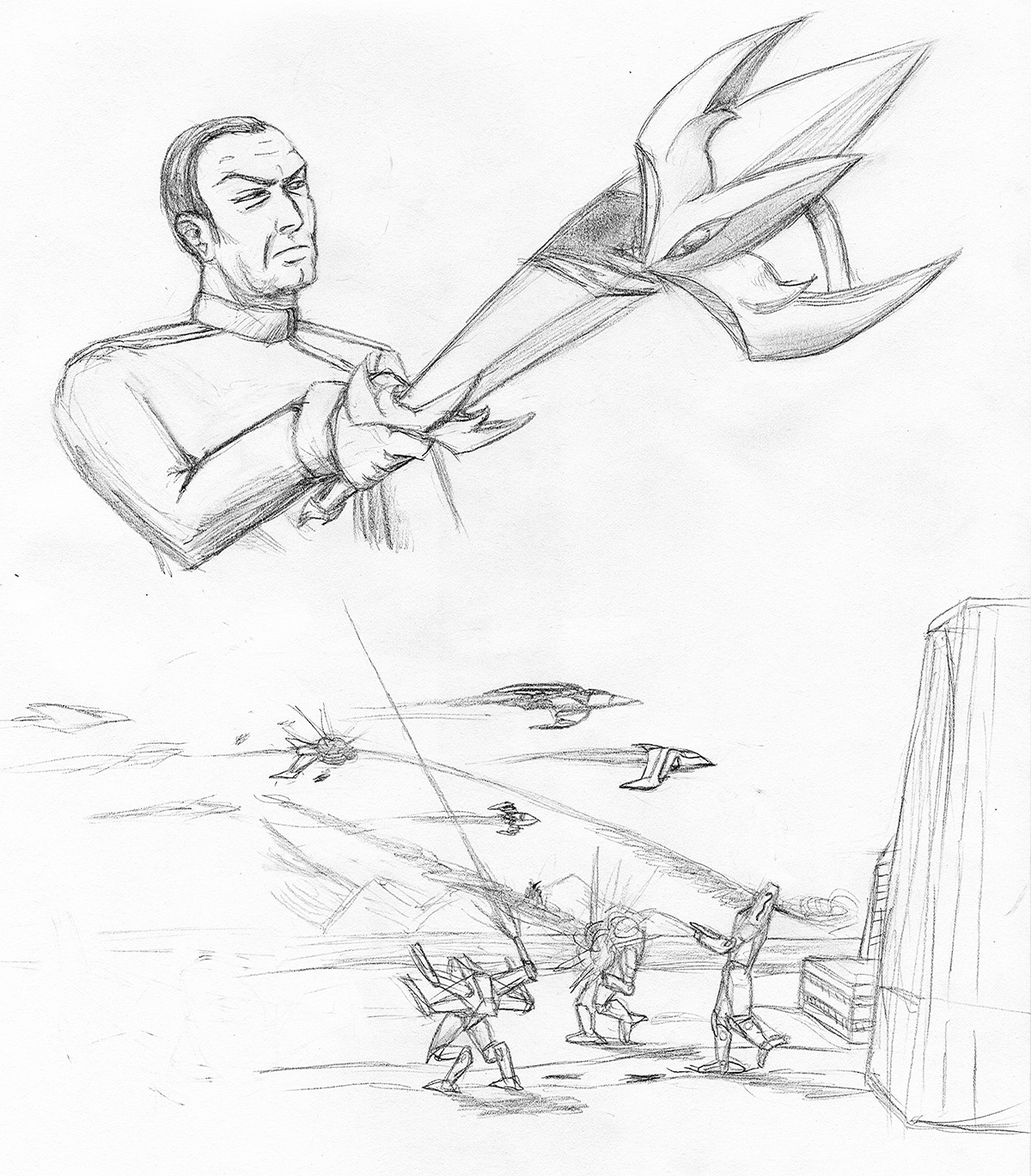 The first of these was used, the second was not. The second shows Viper's "Snake Legs" walker squad firing at Victorian aircraft in the Battle of Shardasha. The walkers depicted are a Wolverine and two Dingos, the second being Viper's. 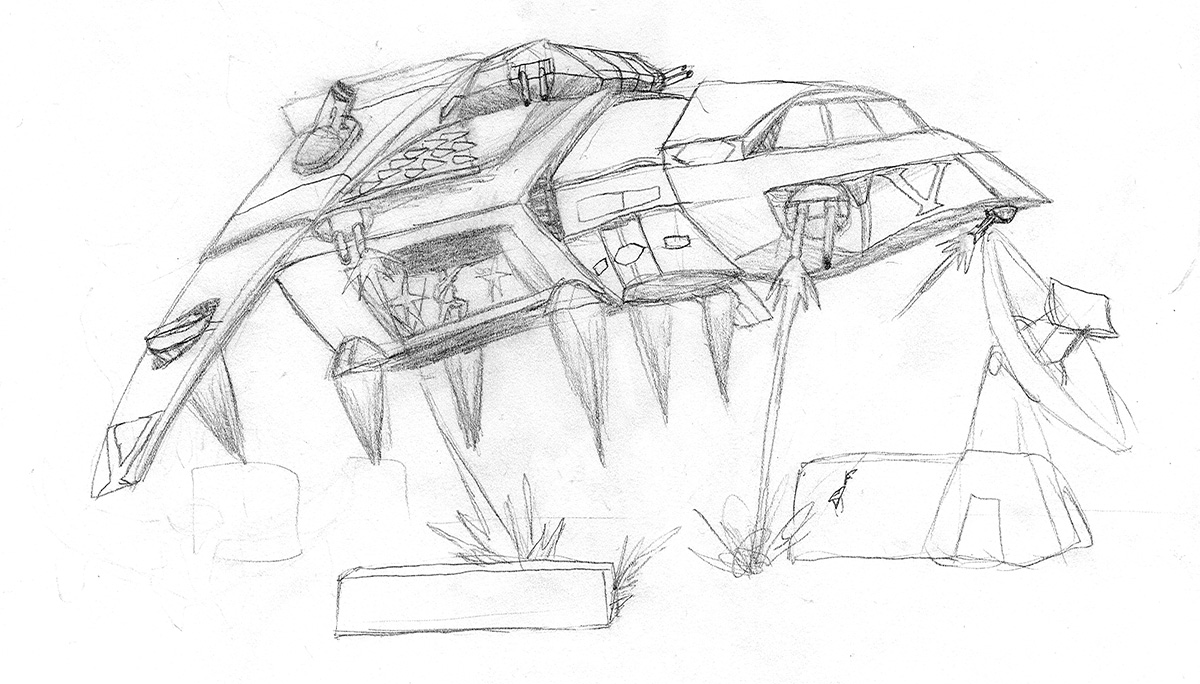 This was going to be the header for one of the final chapters in Warrior Born, when Rick Radcliff arrives in his Silver Scepter gunship and opens fire on the roof of Zegaldorph's tower, forcing the Enomegs to take cover. The design of the Scepter was based on a LEGO that my brother Ryan built when we were kids, but I didn't like the way it was turning out, so I didn't use the drawing. 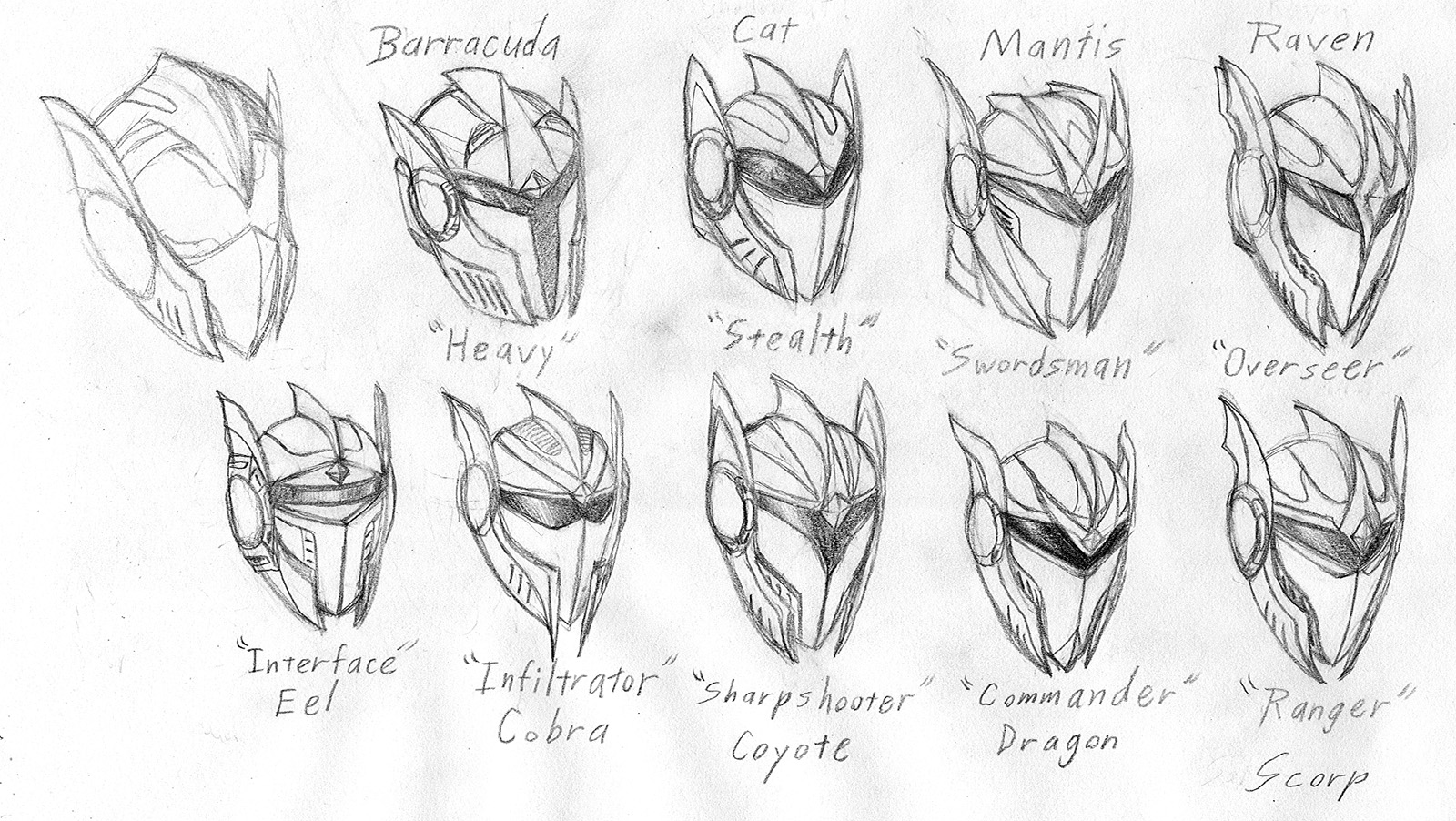 The original sketches for all of the Enomegs' helmet designs, and one unused design.

If I find any more stuff worth sharing I'll post it here.