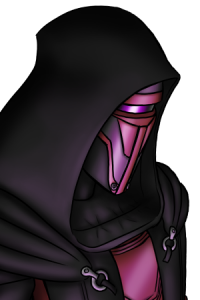 All you need to know about me is I'm the boss around here. Today I ran some numbers, just for my own amusement...

Thanks! I thought she turned out pretty cool too. 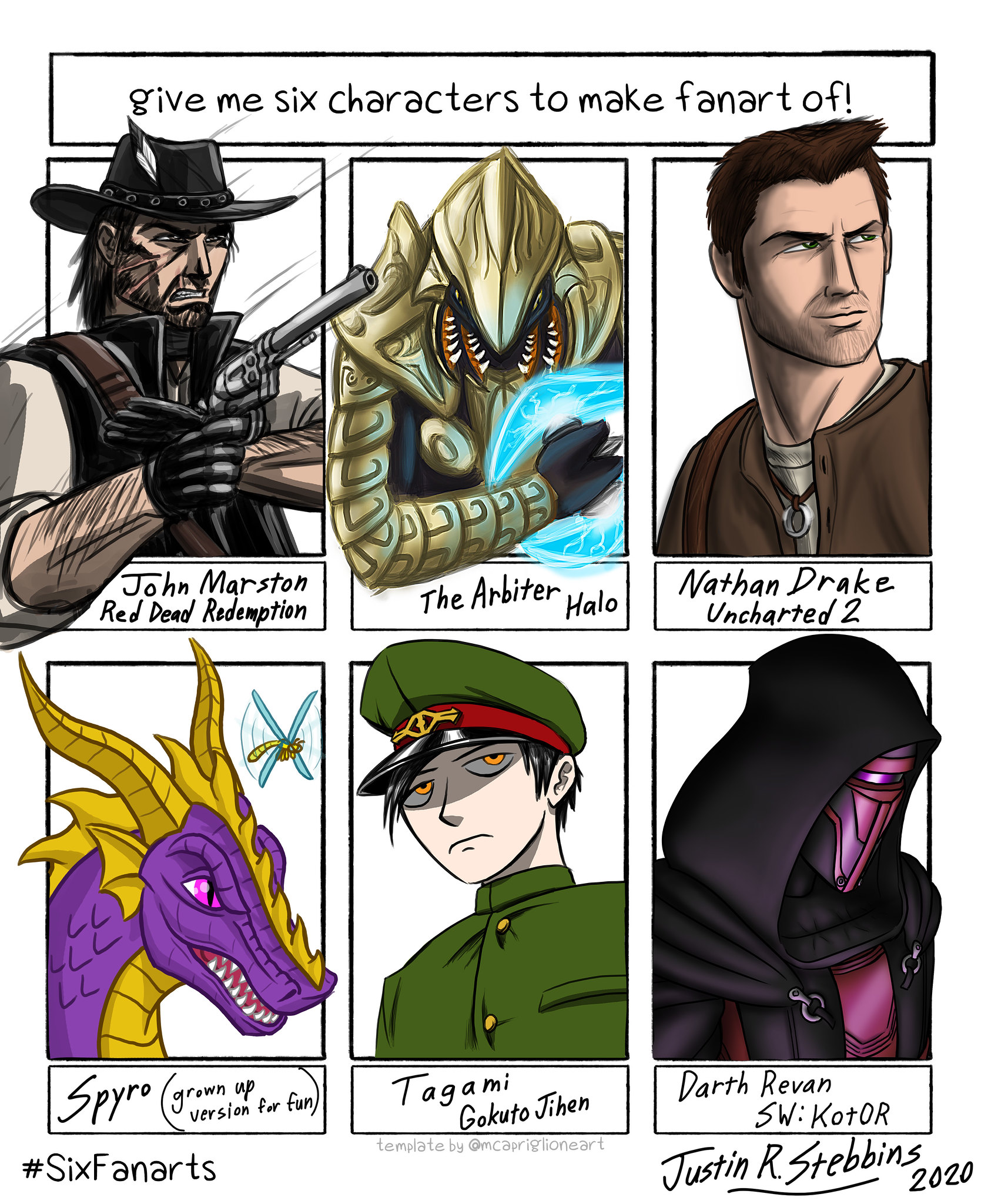 I drew it for a Twitter hashtag thingy called "Six Fanarts". The characters were suggested by Twitter users. I just picked the six suggestions I liked the best.

Tried to vary up my style with each one, to mixed results. I like the way Revan turned out the best, and he's closest to simply my usual comic book style. 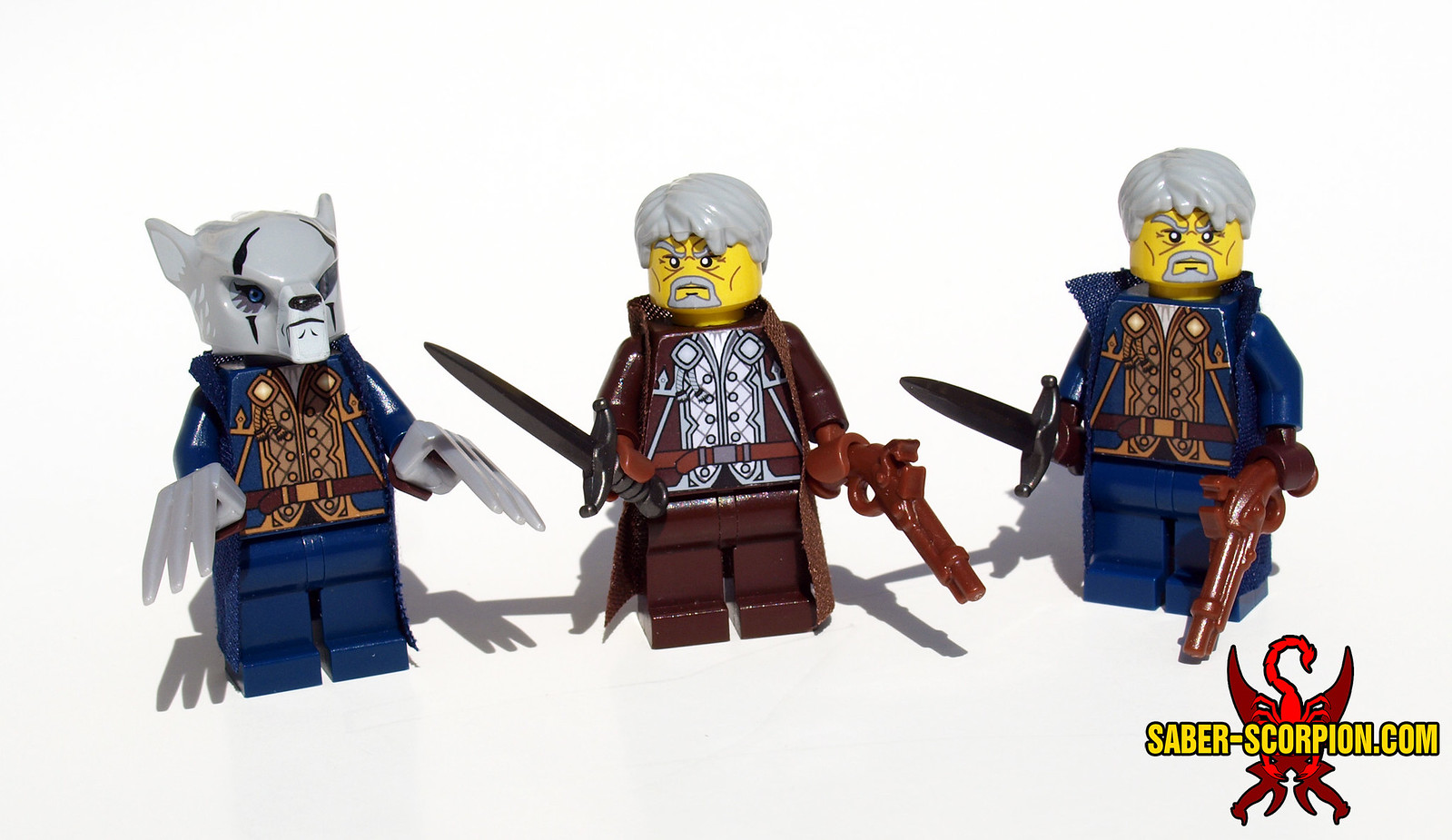 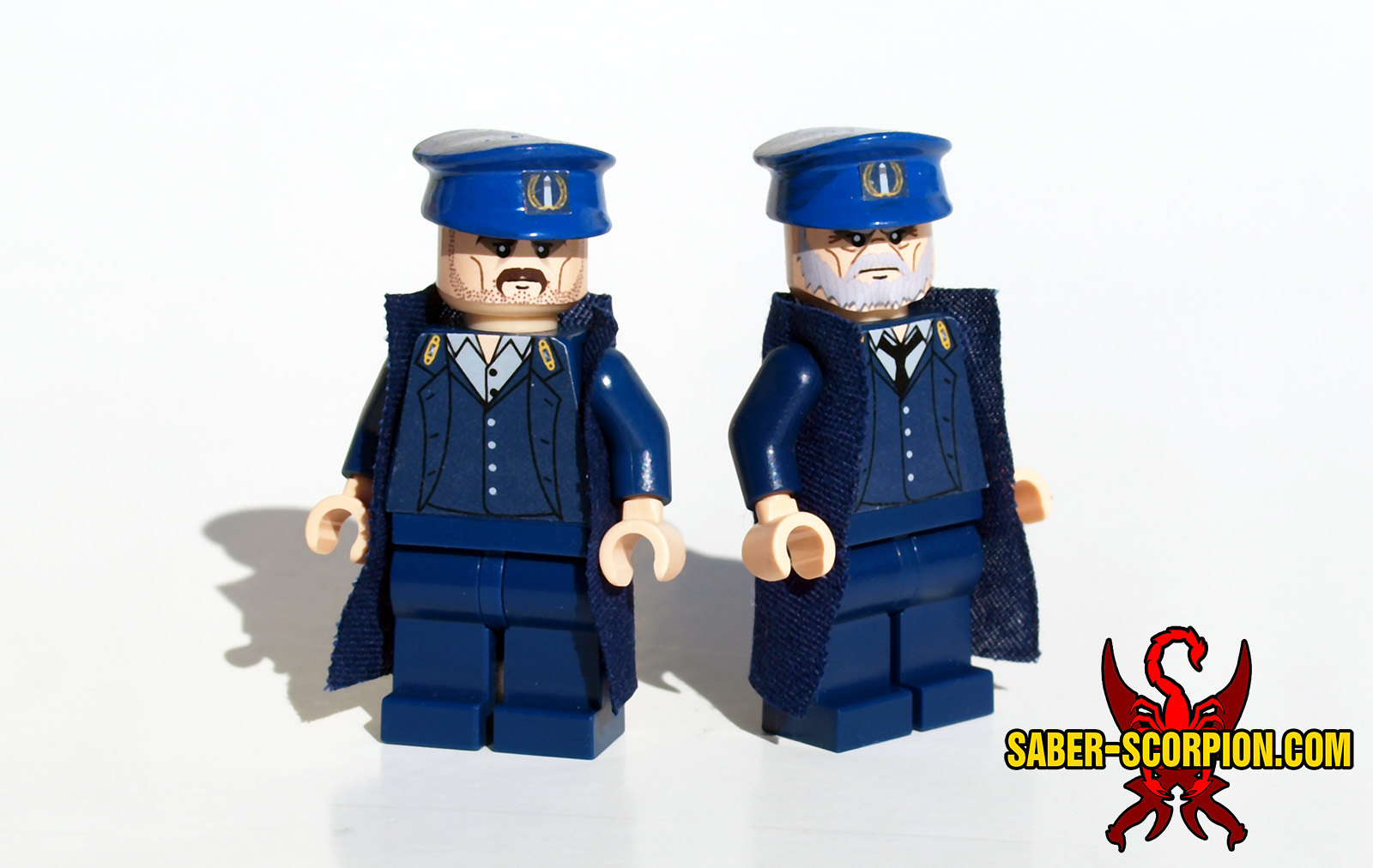 Yer fond of me custom minifigs, ain't ye? by Justin Stebbins, on Flickr 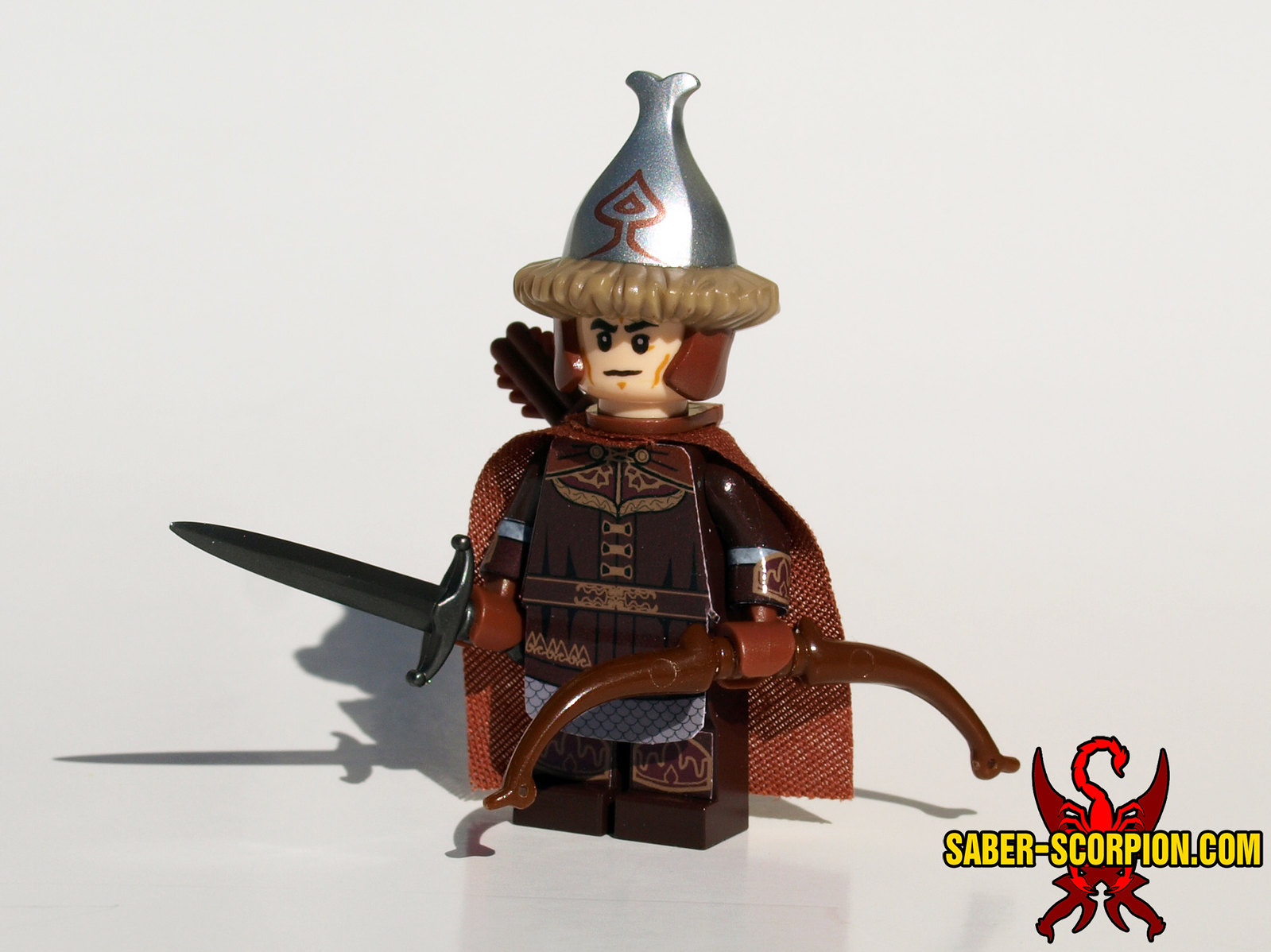 Holy crud, is that who I think it is??

Anyway I don't have a Nintendo but that's indeed a pretty cool helmet.

Thanks! Yeah, Nightstalker requested that Kayla be a bit muscular.

TBQH I'm really pleased with the way these two turned out.

Of course, my style is mostly "old school American comic books," so my characters do tend to be pretty fit and idealized.

Yo Justin, what's the latest status on Saber's Edge? And what about the possible future continuation of Warbringer?

Saber's Edge is in progress again now, after a period of low inspiration and discouragement. That's all I can say for the moment. If I hit a major milestone, I'll post about it on my Patreon first and here later. But hey, I'm writing it again - that's something!

As for Warbringer, no, it's probably dead.

They are Mahlok. Old Mahlok. The Slashrim did not have space travel, and very limited astronomy, and so did not name planets.

Mahlo-Slashrim is a mixed language created by the Mahlok in order to communicate with the Slashrim and unite them under the Helexith banner. It contains many Mahlok words and some Slashrim words - mostly the common ones that were in use across the many warring Slashrim tribes. It uses the Mahlok alphabet since the Slashrim had no written language. 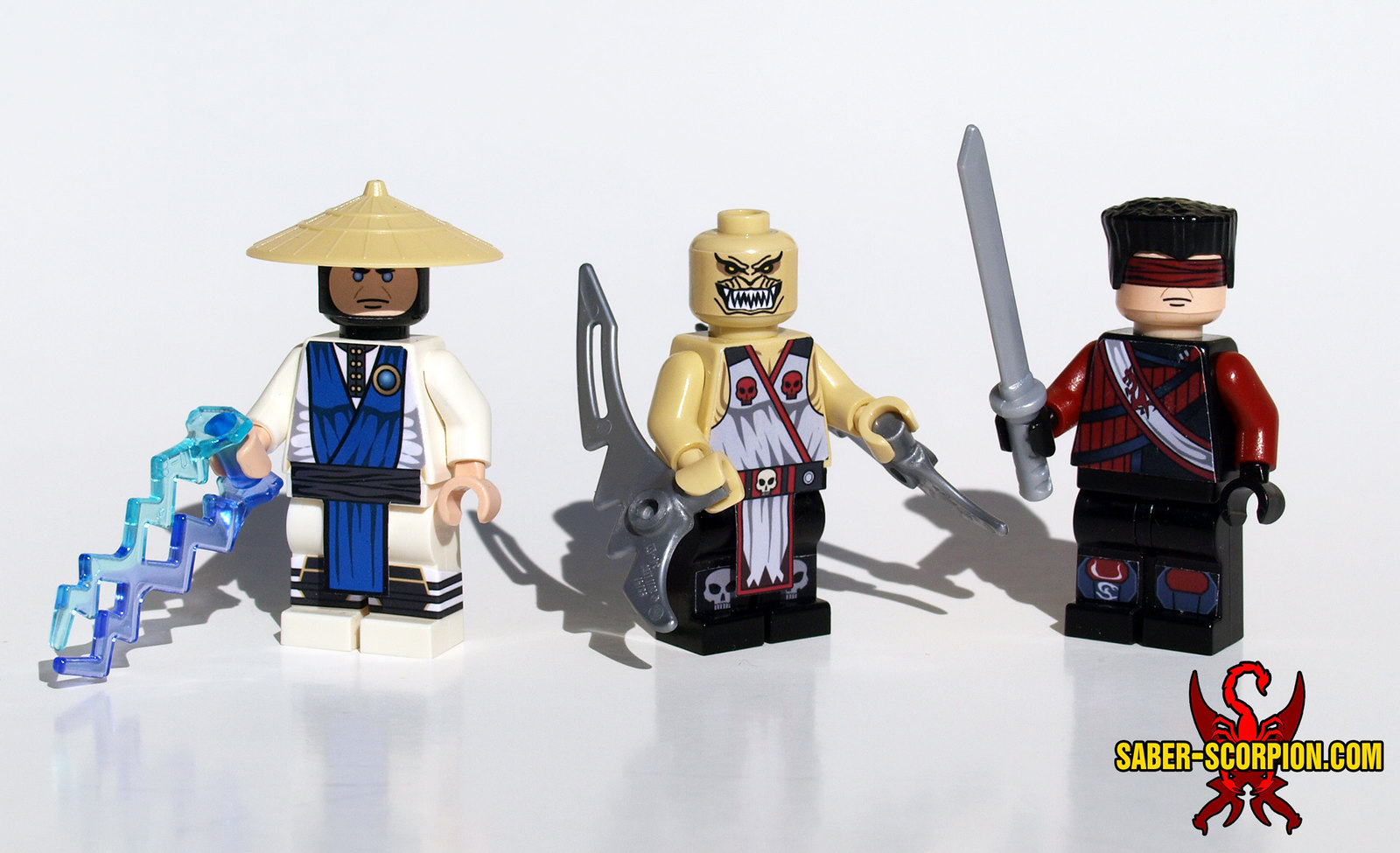 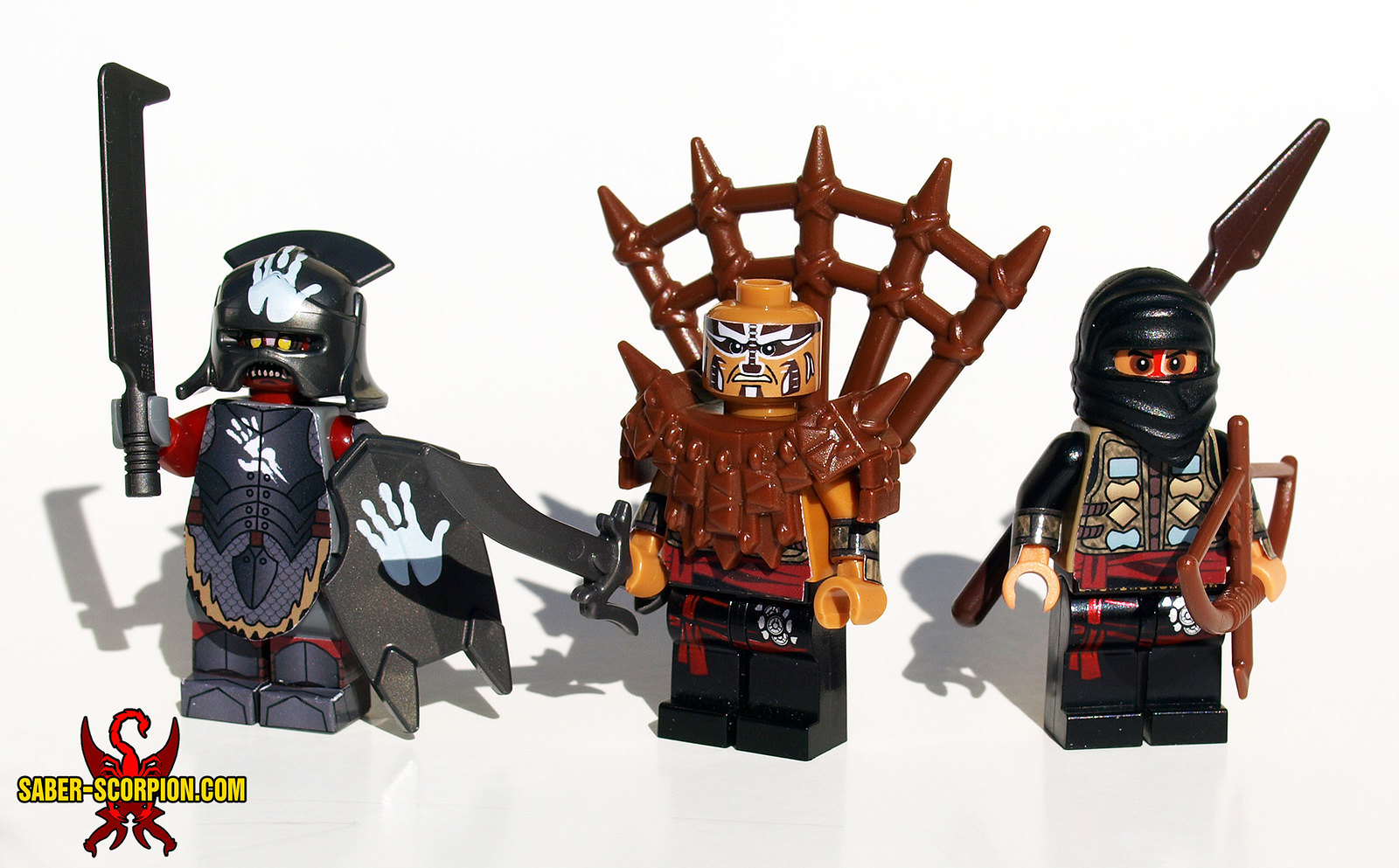 Custom Uruk-hai and Haradrim by Justin Stebbins, on Flickr 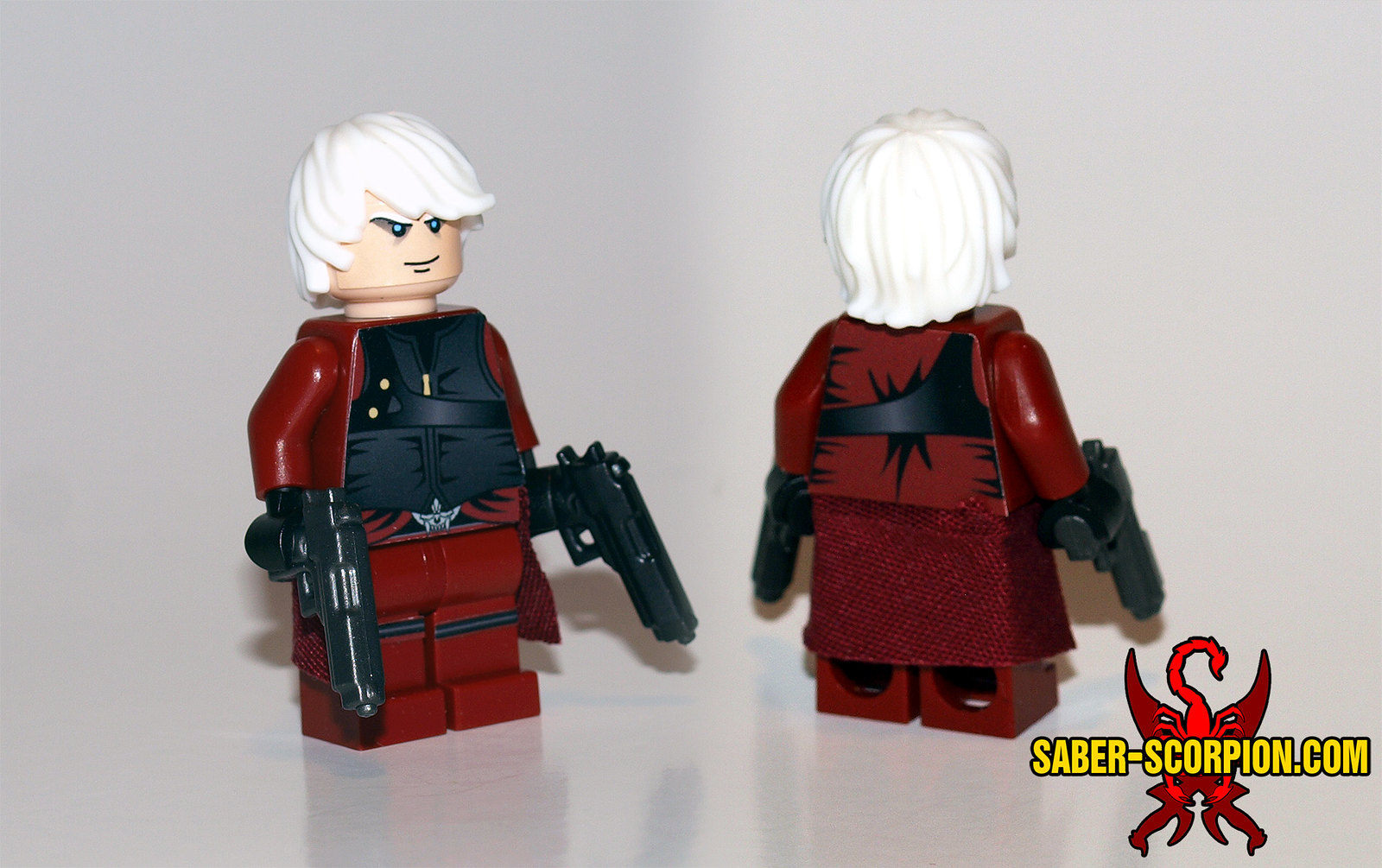 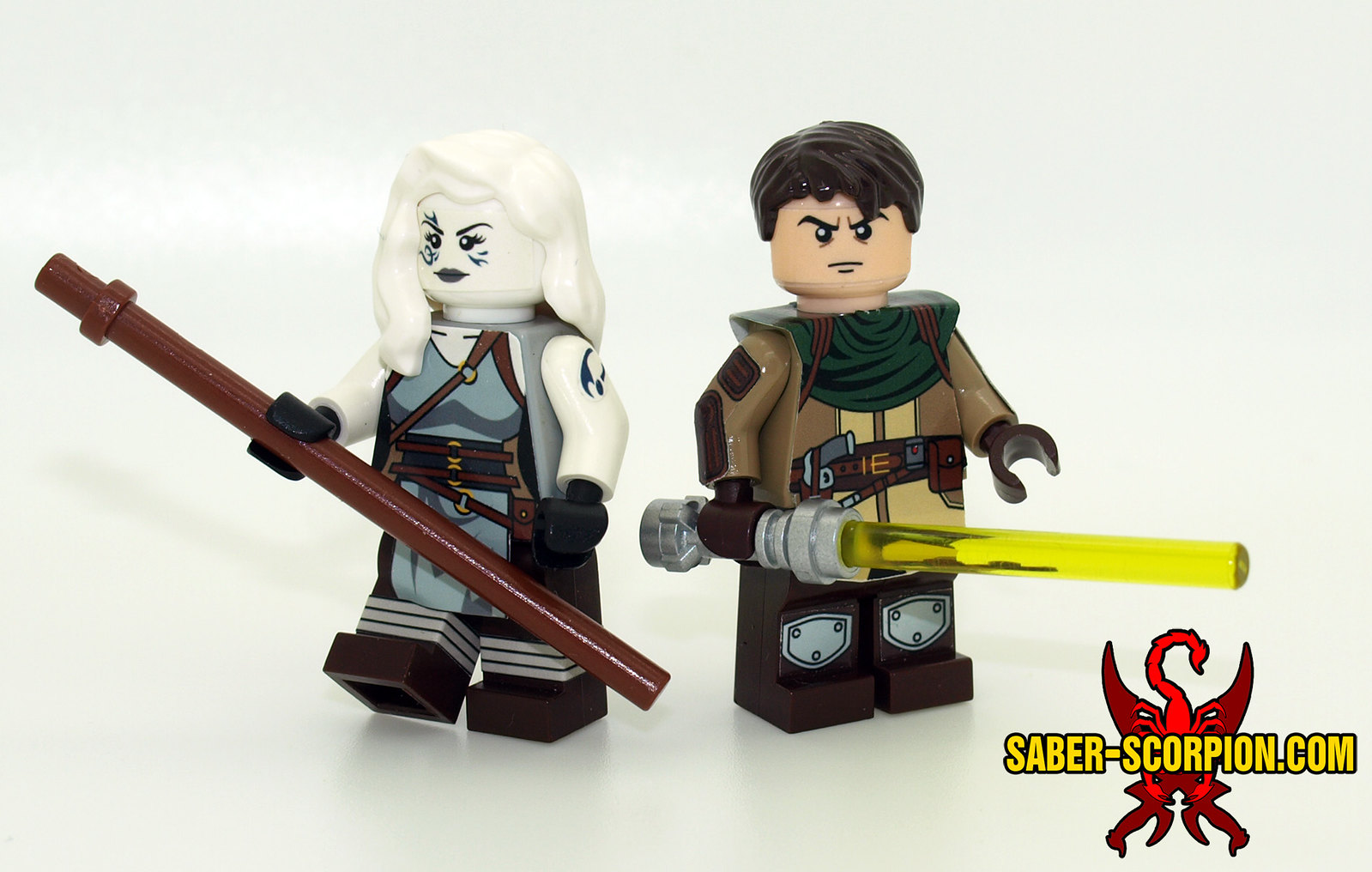 Jarael and Zayne Carrick by Justin Stebbins, on Flickr 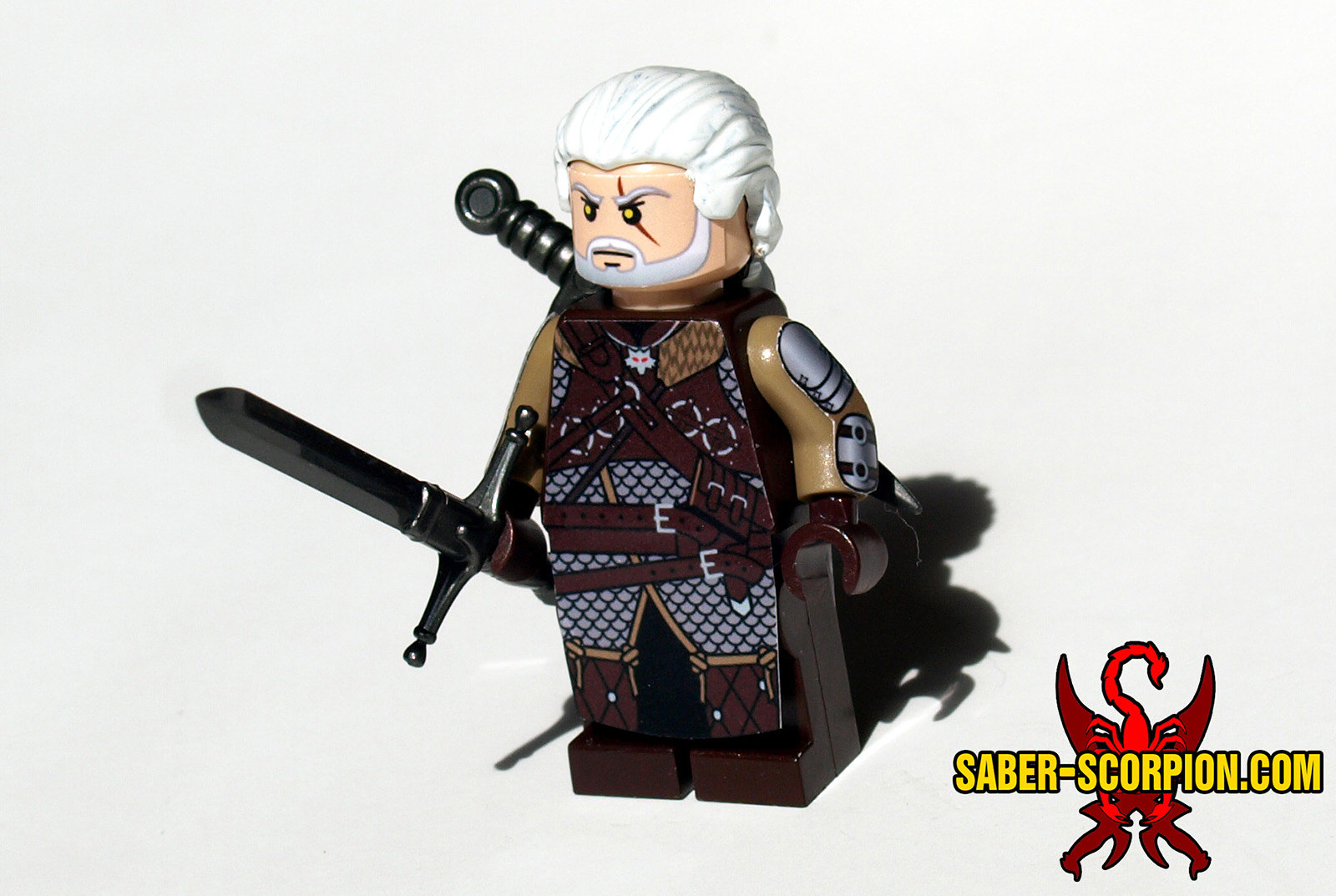 Wow, they're bumping up the price? Huh. I guess I can't complain much when I charge $20 per 'fig.

At least it's not more lame superheroes or something. I definitely have to get a Viking or two. Probably the pirate girl and knight too. Not sure about the rest. Maybe the ones with hait/hair combos since I'm obsessed with those for some reason. 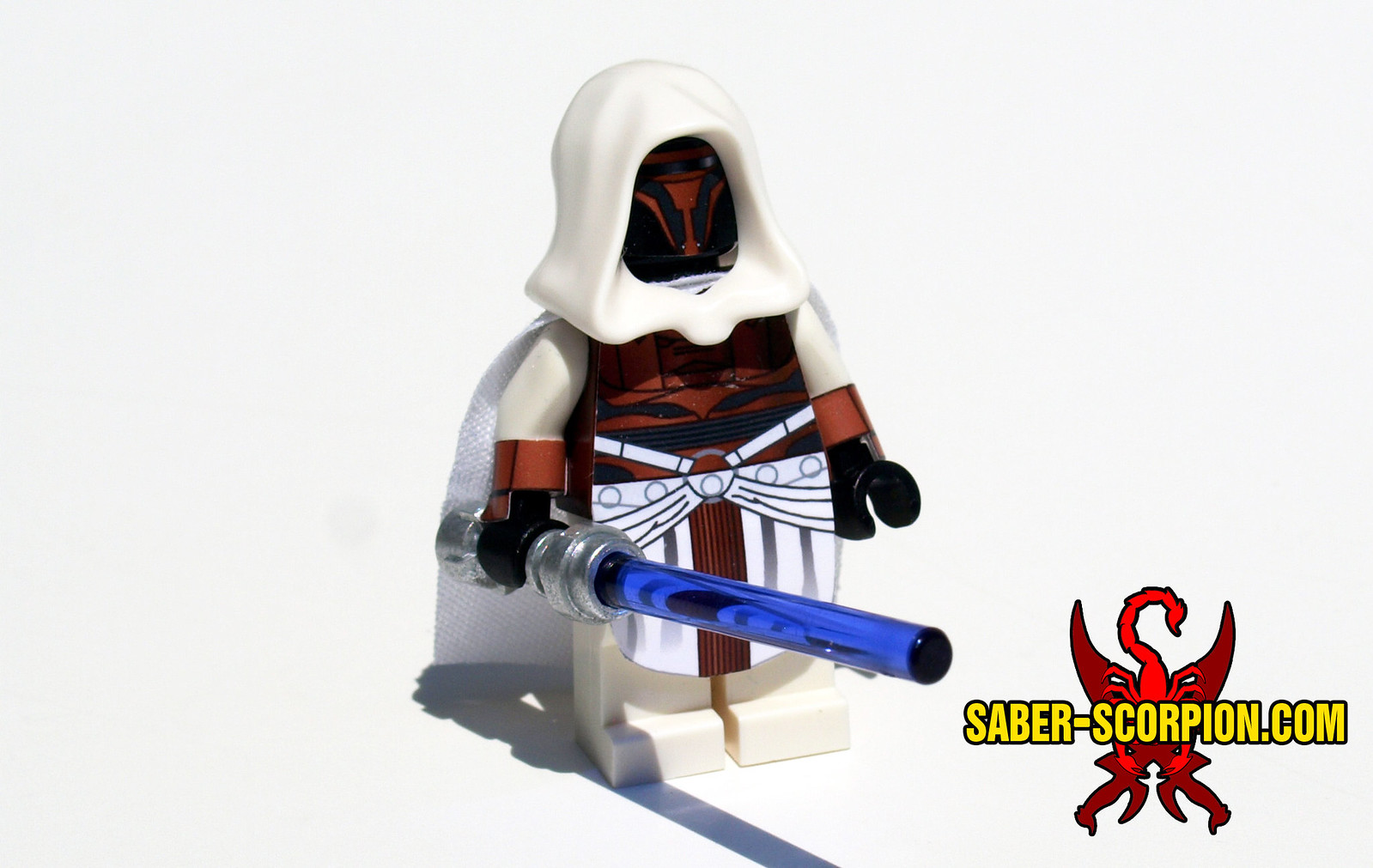 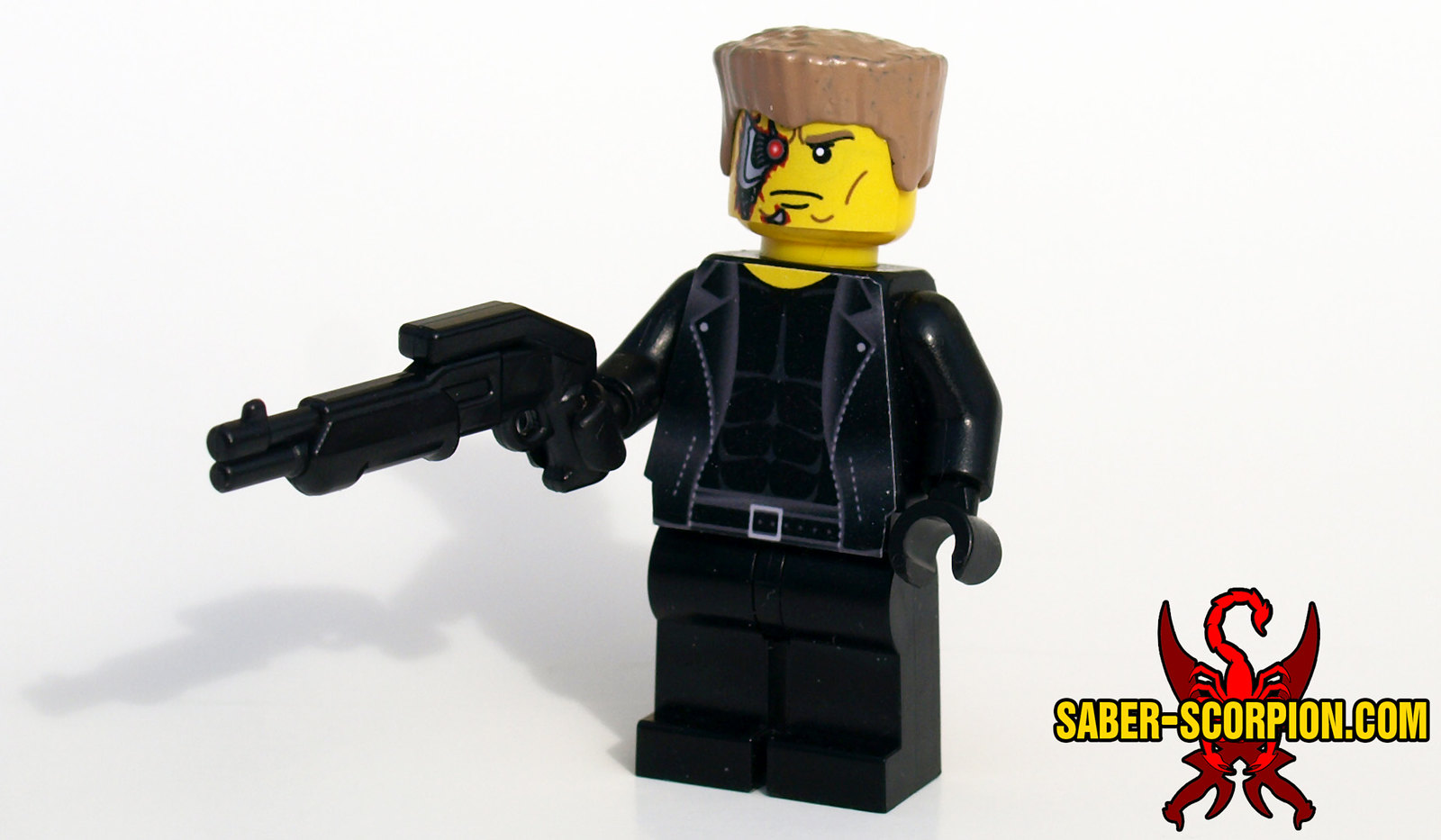 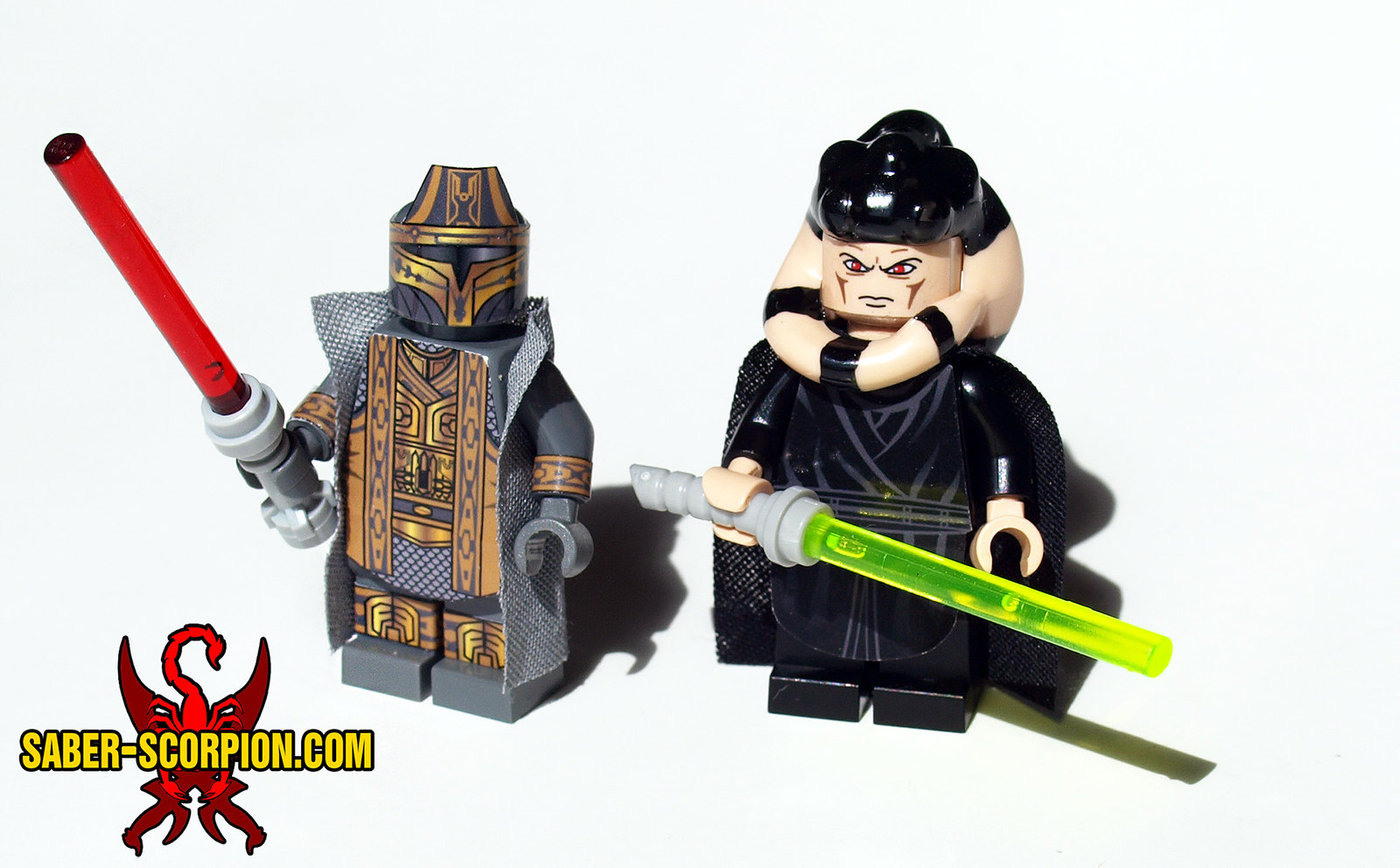 Literally the best thing about The Outer Worlds is the main menu music. If only the game lived up to it. 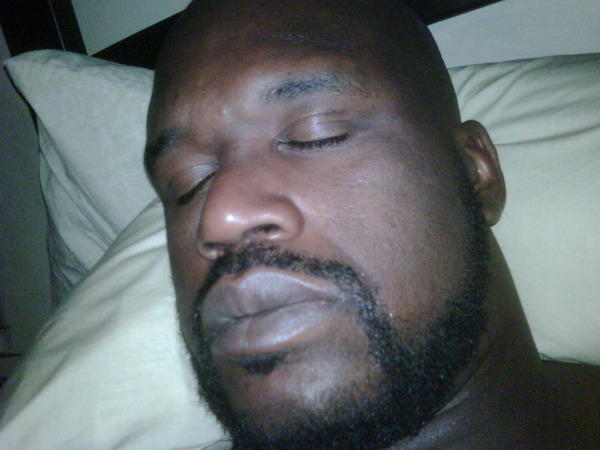 The most I've ever felt like an old boomer was when I tried to git gud at Apex Legends. You die instantly in that game. You can spend half the match gathering the best items you possibly can, and then when you feel like you're finally ready to get in there, someone merely glances at you, and you fall over. And then you have to start all over again from scratch. Because apparently kids these days enjoy that.

It started to make me feel like my L33T g4m3r skills had faded, and I was just too old to game now... but then I tried Destiny 2 multiplayer again and completely kicked ass just like in the old days, so I'm gonna go ahead and blame Apex.

They really need to increase the health of all characters in that game by at least double, for it to be remotely playable.

But yeah sure, I didn't even play any of the other multiplayer game nominees, so give it the award, why not.

This is the first officially confirmed Playstation 5 game, by the way:

It's a 'looter/slasher', and I don't want to immediately poopoo but oh my goodness I couldn't be less interested.

I'm all for generic fantasy games where you loot and slash - I miss the days when a new one came out every week - but not if they're fantasy Destiny clones where every character just looks like a hulking pile of Korean free-to-play MMO armor. Pass. :\

I'm pretty sure the only new game I played all year was The Outer Worlds, and I didn't even really like it. I bought Fallout 4 GOTY (which I thought was pretty lame when it first came out) on Black Friday afterward and found myself enjoying it a lot more than TOW. Pretty sad; I was hoping for more from Obsidian. But yeah, still less sad than the colossal mistake that was Fallout 76.

Bonus Star Wars Award: I picked up Republic Commando and both Forced Unleasheds this Thanksgiving and so far I'm enjoying Commando. The difficulty with some of the enemies can spike when you first encounter them, but it slowly gets easier. The Clone Commandos are cool characters who are only hamstrung by your bad choices, and I really wish that this game was still canon. Except for the more difficult enemies: they can stay in Legends.

Don't worry about canon, bro. None of my favorite Star Wars stuff is canon anymore (technically it never was, according to some) but it's still way better than the stuff that is canon now, in my humble opinion, so who cares.

If you're just getting into Star Wars games for the first time, I recommend Knights of the Old Republic 1 & 2 and the Dark Forces series (especially Jedi Knight and Jedi Outcast - but not Jedi Academy, which sucks). Oh and X-Wing Alliance and Rogue Squadron if you're into flying games and don't mind them looking pretty dated. Those are my favs. I played nearly every Star Wars game that LucasArts released between about 1997 and 2004, so ask me anything, lol. Fell off the SW train after that though.

Don't get your hopes up TOO much. It's not as good as the trilogy imo. But yeah I'm looking forward to replaying all of them too.