34 replies to this topic

Have you ever noticed how fragile MBs are? When I was building the Warthog, it collaspsed when I was trying to put the turret on. Legos are so much better!

Have you ever noticed how fragile MBs are? When I was building the Warthog, it collaspsed when I was trying to put the turret on. Legos are so much better!

Didn't happen to me

I bought the little minifig pack today with the 2 elites, 2 spartans, and the flamethrower guy. Just to see what they were like, since this was the littlest cheap set I've seen. Here are my thoughts:

The Spartans are God-awful. Sure, they have joints, but their legs can only stand in one position since their feet are stuck, and the armor on their waist is really loose and floppy. I imagine these joints would wear out fast with continued play, especially since the plastic feels so soft.

Also, they CANNOT HOLD THEIR GUNS. The massively oversized shotgun and SMG must always be held at an awkward angle because the giant stock gets in the way. So in spite of their jointed appendages, they actually hold their gun worse than a LEGO fig with its static elbows. This is why Will doesn't give his Brickarms guns giant stocks that get in the way.

The Elites are actually a little better, but they are way too small compared to the other guys. They're SHORTER than the Spartans AND the flamer guy. I do like their guns much better though, and in fact the beam rifles were one reason I bought the set. Out of everything Mega Bloks has made for Halo Wars, the beam rifles are the only thing that struck my interest.

The flamethrower dude is kind of cool, but only because he's red and has a flamethrower. He can't stand up on his own and the fuel tube forces him to hold the flamethrower in one awkward position all the time. I am interested in this rendering of him on the back of the package though. Is that from the game? I may have to make decals of that guy.

All in all, the set was not worth the $8 I paid for it. I paid $11 for a LEGO Star Wars battle pack at the same time and it's got a lot more to it. But maybe I'll be able to find a use for the beam rifles and the picture of the flamethrower marine on the back of the box. So I guess that's something.

EDIT: Oh and I saw the Brute Chopper in the store, and it's got to be one of the worst things I've ever seen. I admit some of the sets look fairly decent (if filled with SPUDs), but even giving them the benefit of the doubt, the Chopper is just awful.

*ODST drop-pods, each with its own ODST

It seems that megabloks is trying to sneak Halo 3 into the Halo Wars line...

I personally dislike Megabloks, but I think some of these models could be converted into great lego ones- e.g., that wraith could easily be built out of legos, and it would be good!

Have you seen the megabloks chopper? It's terrible! All the others seem to be well designed and (maybe) well built but this...
Megabloks made a entierly new piece for the 'Hog's windscreen, so why oh why did they make the chopper look so budget?
Argh! This is what annoys me about megabloks-they are so inconcistent about quality!
EDIT: I wrote this before I saw Scorp's post.

You don't want to read this, it has nothing to do with the above post, you have better things to do. In the words of the star Wars storm trooper, "Move along!"

I was struck in awe to see the Pelican. That just made my day. The ODST's also look pretty sweet. I do agree, some things are pretty disproportionate and craptastic. I do like the Scorpion, though.

I had the chopper, which I only bought for the Marine, turret and Brute. The Chopper itself, I threw it out my window.

The Scorpion is probably one of, if not THE best set. The detail is incredible.

I had the chopper, which I only bought for the Marine, turret and Brute. The Chopper itself, I threw it out my window.

How well did it fly?

That was actually quite funny.

I bought the ODST Sniper set yesterday, it was £10. At first I was quite unsure since it was just an ODST with a SOEIV Drop pod, but when I opened it, I was completely blew away by the attention to detail on both the SOEIV and the ODST himself, plus I though a cool feature was the speedbrake at the top and the bipod that comes with the sniper. The assault rifle looks great aswell, kudos to Megabloks.

Also, what's this deal with SPUDs? Lego aren't exactly perfect when it comes to SPUDs either, e.g: 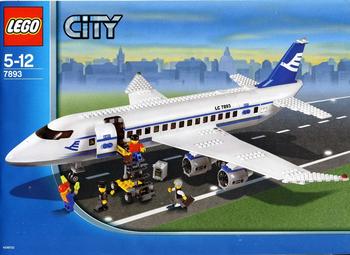 7893 set. The fin, cockpit and wings are all Single Purpose, Ugly Design. 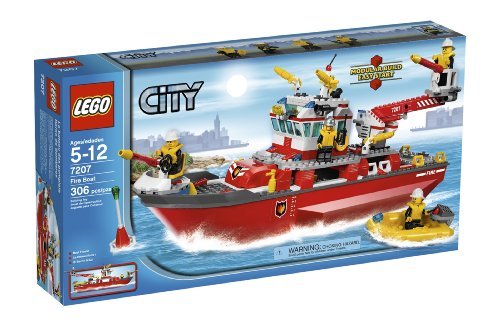 So your saying the Airplane would look better if they had you put together five semi-large pieces to make the wings and have the whole thing constructed from hundreds of slopes and bricks? You could use the cockpit for your own airplane creation, The wings could work well for a custom starship, and the tail could be used for a few things itself.

Also, the Fire boat. The Hull is a hull, you can use it for other boat creations, and on top of the hull are...OMG bricks!

Anyway, there are only a few SPUD sets in LEGO whilst the whole MB line is practically completely SPUDS.

Huh. The ODST drop pods actually look good. If it's compatable for LEGO, I would definately buy. Can you upload images of yours, Exil?

Huh. The ODST drop pods actually look good. If it's compatable for LEGO, I would definately buy. Can you upload images of yours, Exil?

Yeah, in fact I'll post an in-depth review tomorrow on it.