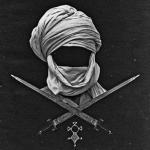 On the subject of this Aerowalker thing I have just a few things to say that should keep everyone happy: They probably exist. Maybe only as prototypes or for very specific missions, but they probably exist. They wouldn't very common of course, but if V. has a story in mind he wants to put them in then I think that should be ok. So they hypothetically exist as a weapon, but aren't used much in favor of more specialised vehicles.

But for those of you who are arguing about there usefulness I give you: The Enomeg! They may be EPIC, but they could easily be replaced by a special division of Veteran SpecOps. Because that's what they are: SpecOps +1. So just consider how much money and effort Xarkon is wasting with the Enomeg Program, when actually the same thing could be done easily with minimal effort. Compared to that, what's a few Aerowalkers? Besides, Yavakaro definitely has enough money and technology to throw at a project like this.

I doubt there would be a prototype based around a completely unworkable concept. It'd be similar to General Motors unveiling their new square wheeled car project.

Enomegs are proven in combat, based around a relatively simple (and likewise proven) concept - that of enhancing the body and mind through a rigorous training and technological improvement. Like you said, they work as a force multiplier. These 'aerowalkers' as you have dubbed them fill a role already covered better by existing weapons systems.

Most of all, it goes against the majority of Scorp's existing 'rules' regarding walkers.

Anyway, my question is regarding the Wrognoth. Have you made a decision regarding their inclusion in the universe? I would like to include one in the story I am writing, but don't want to do so if it's premature or not decided.

After being part of A Cold Wind Blows, I guess I should ask about one aspect of the RP that I don't know followed canon or not. Who can qualify within the Venatori? Are Southerners and Northerners, Elves and Dwarves, all permitted to join providing they swear their allegiance to the empire?

I can answer that. Any of the 'civilised' races of any culture is allowed, provided they uphold the code of the Venatori. Of course, that in itself is open to interpretation, so there are Venatori who consider it a strict outline of their duties and others who consider it to have a little shuffle room, if you understand.

Well, I'm better at working out the science and tech of a universe than anything else, but reading back through here one thing jumps out at me: Change the Argonauts' code names. As they are they don't have any real flow, rhyme, or reason to them, it's just *random word*-*Greek mythological figure* and even beyond that nearly all of them seem too long be actual code names for individuals. Personally, if you're going to do mythological code names, I'd drop the first word and just go with the second. If you want to further separate yourself from NR I'd pick a different mythology (Hindu and Abrahamic come to mind), though that's not a do or die thing. Yes, Greek has been done by NR, but a bunch of other stories have gone that route too, and I seriously doubt Scorp or Ryan had Robot Jox in mind when they made the Immortals.

So yeah, that's my two non-scientific cents. I've got a whole bank I could let loose on the "SCIENCE!" front, but as it stands I've got no starting point since you haven't really covered that.

Yeah, Drake Pertinacia-Perseus is about as rhythmic as Hurbook Fliggen-Flam. Your names need to be less dense syllabically, as well as making a little sense on the meaning front. Pertinacia, for example, is the sort of name I'd attribute to a lady of leisure in the 19th century. It sounds very Victorian. Things like these need to be brought into consideration when you are naming anyone within your universe.

I don't know if it suits any of the planets you talked about, but I was thinking a good naming scheme for a Xarkonian controlled system would be military and political straegists, for example 'Machiavelli', 'Clausewitz', maybe even a series of moons or satellites named after various Khans, as well as influential or historic military tacticians in Xarkon; perhaps a reknowned General who developed the first workable strategies against the natives. I think that would be quite fitting with their national character, and would also suit a desolate yet strategically decisive system, maybe used for weapons testing and intelligence outposts or something along those lines.

Deltron 3030 is an album by the group of the same name. It's a concept album based around the future (hence the 3030 in the title) where the world is ruled by an oppressive and all-powerful government. It covers many of the same themes as 1984 with a very different angle. Many of the tracks on the record would be applicable to your assignment.