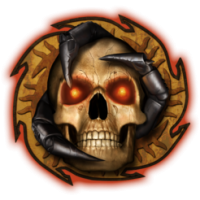 Crystal Chronicles is also on PS4 and Switch.

So... probably not really Baldur's Gate 3 then.

Probably just a random new D&D 5e (ugh) game using the Baldur's Gate name for nostalgia bux. Yeah, I know Baldur's Gate is a city in the forgotten realms, but no one buys a game called "Baldur's Gate" because they're such a big fan of that fictional city, lol.

I think Larian are great - I love Divinity: Original Sin - but I can't help being pessimistic about the idea that anyone could revive the true spirit of the BG series. Closest new game I've played to the feel of the original engine is Pathfinder: Kingmaker, by Owlcat. But I'm not sure either Owlcat or Larian has the writing chops to come up with a good enough story. Still, I'm glad it's Larian and not Beamdog.

As for old characters showing up, they might bring back Minsc through some gimmick or other, since he's shown up in some recent comics and games.

Yeah I'm not holding my breath that it's going to have the same "spirit" as the original games. Probably unlikely that it will involve anything Bhaalspawn related, which is what really defined the original series. Also, I'm not positive but I think Chris Avellone may have a hand in writing BG3 which would be one very good redeeming thing.

As for Minsc, that's kind of what I was referring to. I know there was some kind of cataclysmic event that had happened with The Sundering, and I had seen him pop up in some things even though I believe we're almost 100 years after the events of BG 1&2 at this point. Then again I have no idea what the timeline for anything recent looks like so I'm really grasping at air here.


Baldur's Gate 3 is real and being developed by Larian Studios, the studio behind Divinity: Original Sin

Part of me is dumbfounded that we're actually getting a Baldur's Gate 3, after all this time and three canceled projects later. The other part of me is already tempering my expectations. It's not the original team (goes without saying), no Infinity Engine (odds of that happening are astronomical), 5E ruleset, likely that no characters from the original series show up unless The Sundering plays with some things, and likely a new battle system that isn't Real-time w/ Pause. Co-op is a good thing though.

Bungie has split from Activision, retaining full control of the Destiny IP.

Is the nightmare finally over?

So Obsidian's new game looks like nu-Fallout but in space, I'm down with it. Especially since Bethesda clearly has no clue what they're doing given 4 and 76.

I think it's safe to say that Sony "won" E3 even though Microsoft had the best conference. I just find it hard to be Best of E3 when there's still a drastic lack of exclusives for Xbox, aside from your Halo's and your Gears' and your Forza's. I'd wager on EA having the worst conference over Squeenix simply because it was over an hour opposed to 30 minutes. Everything else for me just kind of falls in the middle, though I don't even consider Nintendo really since they just do their Treehouse thing now-a-days. They even pulled the same strat they did last year with BotW and focused on Smash entirely afterwards, with a little Pokemon thrown in there for good measure. But truthfully we all know Devolver had the best conference, don't lie to yourself.

As for the games, there are a whopping 10 games that captured my interest this year which seems like more than usual. First and foremost, Devil May Cry 5 tops the list. It finally happened and it looks awesome. I need to plan out a series play through soon, it's been a long time since I've played the other 3 entries in the series. Likewise with Kingdom Hearts 3, even though that was already revealed. It looks so good and it just makes me feel some kinda way that I can't wait. It's beautiful. I began a KH1 playthrough not too long ago so I might just pick that back up. #3 for me is REmake 2. I remember being concerned when the rumors came out about the camera angle being over-the-shoulder, but after seeing gameplay my worries have subsided. It looks good, really good.

Sekiro seems interesting, almost Tenchu like from what I've seen/heard. Apparently there aren't any RPG mechanics unlike Soulsborne and it's going to be focused on straight-up combat. No multiplayer either in any capacity. Ghost of Tsushima looks sick and the gameplay looks fluid, and I can't get enough of good Samurai action. And it's being made by the Infamous devs! I'm actually now considering getting a PS4 Pro at some point due to how well these games look and knowing how bad they'll look in comparison on my PS4 Amateur. Fist of the North Star looks excellent, low key might be my favorite game of the show. I've been slowly chugging through Yakuza 0 and loving it, and having a Fist of the North Star game using the Yakuza system seems like a perfect marriage. I can't wait to bust out the Hokuto no Ken on some goons and just make a bloody mess of everything.

I've gotten *heavily* back into fighting games since Tekken 7 came out, and Soulcalibur VI looks really good which is super elating after the mess of Soulcalibur V. SCVI wasn't an E3 reveal either but they finally showed some of Geralt's gameplay and he seems like he's been really well done, lots of attention to detail in regards to his character and his combat. While I'm on fighting games I may as well mention Dead or Alive 6, which had a stealth reveal on Friday before E3. The series looks to be taking itself a little more serious now, with the realistic redesigns of the characters and the distinct lack of over sized jiggly bitties. I might check it out when it's released.

Honorable mentions go to DOOM Eternal and Nioh 2. There just wasn't enough shown of either game to really gauge anything further than interest at this point. I'm hoping that DOOM Eternal just turns out be DOOM II: Hell on Earth essentially. That's all it needs to be. I liked Nioh but don't think I ever got around to finishing it, but I really ended up enjoying the combat system. Creating your character is a nice change as I don't recall Samurai Geralt ever saying much. Not being adapted from a film script and having a 10-year development hell should turn out to be beneficial.

So Obsidian tweeted this.

Who wants to take bets on whether this uses Gamebryo or not?

IIRC Nero was confirmed as Vergil's son in an artbook for 1-4, and I actually really dig how they took nu-Dante's look and used it for Nero.

Devil May Cry V, you guys.

I legitimately thought they were announcing Skate 4, what an emotional roller coaster.