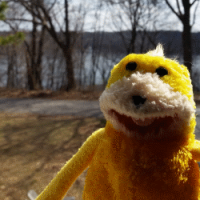 I'm a purist in that I like Alan Moore's writing a lot and respect that they are complete works. If there were more story to tell in Watchmen, it would have been longer. Writing lengthy sequel and prequel stories ad infinitum for money is like, the opposite of what we should take away from reading Alan Moore. He's stuffy (to put it mildly) about people adapting his comic books, because he wrote comic books! He didn't write a movie script or a TV show, Alan Moore wrote Watchmen because he had something to say, and he knew that the best way to say it was via comic book. The original Watchmen is a brutal story dealing with truly adult themes, beyond typical graphic sex and violence. The original series is Alan Moore's response to the Cold War paranoia of his time, and should be respected as its own work of art.

....
But then they gave the movie to Zack Snyder, who did his best, and now all bets are off. We're a cinematic universe now, baby. There's a canon, a timeline, an official wiki. We've exited Fine-Art--And-Literature 500 and entered Modern-Pop-Series 105. Let's dive into the accumulated filth that's foaming up about our waists, shall we? 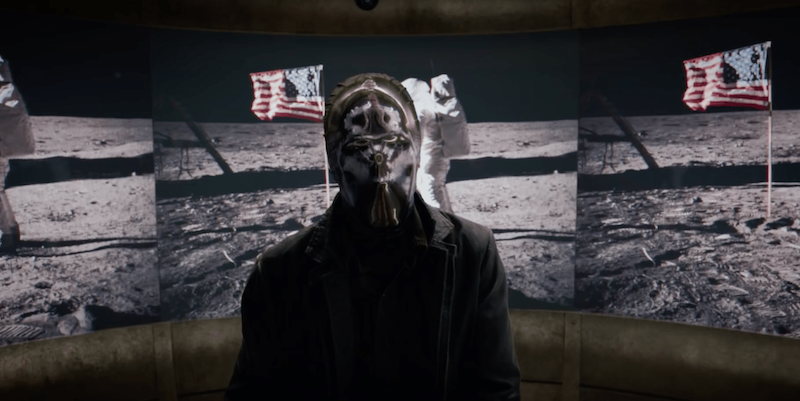 current modern issues in an alternate timeline where Superheroes existed, and still exist. Somehow, Damon Lindelof channeled Alan Moore and is writing the modern opus commentary of 2019. This isn't a show pushing the liberal agenda, nor is it a show pushing the conservative mindset. This is about the issues that arise in modern society, and how groups form to scapegoat each other over the blame. I expect this aspect of the story will not be received well.

This is real spoilers, as up to the most current episode 6. I'm in love with this show. For now. I am suspicious of Lindelof's reputation to start strong and generate buzz, only to ultimately disappoint, but the world established in these six episodes is fantastic. The original themes of paranoia, public unrest, perversion (sexual and otherwise), and legacy are all preserved in this future timeline.

Ozymandias' masterplan from the original Watchmen is now a background element of this very real-feeling world. We got a taste of this in Avengers: Endgame with the whole "5 years after the snap" portion, and this is like a whole show exploring the future of that world. 11/2, as they call it, was a global disaster on an unprecedented level, the trauma of which still echoes in the present. People can't move on, minor "squid falls" still terrify some, while being completely mundane to others.

The characters in this show are just as broken, hurt, traumatized, and scary as their counterparts in the original Watchmen comic. There's really no one to fully root-for, as everyone seems like they're unstable and unwell. If I had to sum up Watchmen in one word, it would be trauma. It's not a fun show, it's a heart-jerker and suspense thriller. There are action scenes where people beat each other to death with their bare hands (you know, superhero stuff) but it's certainly more of a detective show than Zack Snyder's action movie. I would compare the first 6 episodes of Watchmen to the first season of True Detective, which is very high praise. Highly recommend the show, even to purists.

Looking Glass, the character pictured above, is one of my favorite characters in all of television right now. This show really just throws you around in his story for a while and by the time you leave, you see things from his point of view and everything is different. His origin was the best episode of any series I've seen in a long time.

Hey remember when they set up all this mysterious magic? A fully undeniably powerful fire god? Unstable decade long seasons? A full neural network of trees (or something)?, an ice kingdom for White Walkers north of the wall? The show doesn't remember. The North doesn't remember.

The more I think about the show, the more I feel like it was a ponzi scheme this whole time.

Noun: Ponzi scheme;
A form of fraud in which belief in the success of a nonexistent enterprise is fostered by the payment of quick returns to the first investors from money invested by later investors.
"a classic Ponzi scheme built on treachery and lies"
-Google
They lure us in with the promise of intricacy and depth, then slowly dissolve every plot thread until there is no possible dramatic conclusion to any of the characters' storylines. This episode felt more like an epilogue to a long running show, but we never really got an ending. The Song of Ice and Fire (shamelessly shoved in at the last minute for no reason) wasn't finished. It doesn't even feel like there has been a story in the past few seasons. What was this about? What was the theme? What were they even trying to say? It felt like they shot a bunch of scenes with characters unrelated to each other and only ever loosely connected and just sort of stitched them together.
The thing is too, if this season was a standalone HBO miniseries it would be pretty good. If you ignore the decade of groundwork laid down by previous seasons and books, this season was probably pretty watchable. The problem is that it doesn't exist in a vacuum. This isn't a standalone miniseries, it's a grand finale. A big, dumb, ending where nothing makes sense and everything is disappointing. Was it bittersweet? Was it happy? Sad? Bad? Anything? But yeah, King Bran the literal "that guy" tier dude whose personality, character, and relevance was stripped away off screen three seasons ago, yeah, he's in charge now. Okay? How is that supposed to make me feel? Is he wise? Does he know a lot? What's his tax policy? He keeps telling us he can see everything and knows everything, but he never used his knowledge for any discernible cause, except maybe to seize power. Remember, he agreed to come to King's Landing (off screen) because he knew he would be elected leader (allegedly). Bran is just as self-centered and blasé as anyone else, and doesn't deserve anything. He did nothing. Literally has had no connection to the rest of the plot until the very last second where he claims it was all part of a plan (or something?) for him to become king. I don't understand. Maybe it's cause I'm not an enlightened wise old sage like Dave Benioff orDan Weiss, who are much smarter than me and wrote a story far too complex for our simple minds to comprehend.
Spoiler
Also, I want to nit pick just one thing. Why in the SEVEN HELLS did Sansa secede? Oh right, because the Northern Lords (all zero of them that we've seen) would never accept a foreign leader in the south. Yeah, you know, Bran Stark, foreign leader that the Stark bannermen would never accept. Hell. I feel like my brain is collapsing.
Man, I thought I was over it. Really, I did. Going in there was no malice, hatred, etc. Just disappointment and a little sadness over how much I used to care about these characters. Once I saw Arya walking around WITHOUT THAT HORSE WE SPENT LIKE 25 MINUTES WITH last episode, I lost it. I got actually angry. When I realized I put more time and effort into caring about this story than the showrunners, I felt a little betrayed. By myself surely, because they got me. Fool me once, shame on you. Fool me twice, you can't fool me again. It's funny. We all thought they cut the fools out from the story, but in the end we were the fools. For even paying attention.
Check please.

My one regret is that I wasted so many hours of my life thinking about this garbage.

I cried dammit. Legitimate weeping, sobbing, cried. What a waste. What an utter waste.

I hope the best for David and Dan's Star Wars trilogy, but also hope that ASOIAF gets adapted someday eep

A lot of the Targaryen stuff just solidified and I liked it.

I re-read Dany's last chapter in DwD after watching this episode, this stuck out to me "Dragons plant no trees. Remember that. Remember who you are,what you were made to be.Remember your words. Fire and Blood."

It's a fantasy story. Truly, it has destiny and tropes and magic like all the rest, but with an understanding and perspective of what these stories bring with them.

The Targaryens, the true kings and conquerors of Westeros who were usurped have returned. The orphaned children, heirs to the forgotten dynasty and hidden magics, grew up on the run and in the streets. Through magic, prophesy, and  revelation the true born princess takes up arms to reclaim her birthright through the only way her family knows. Fire and blood. 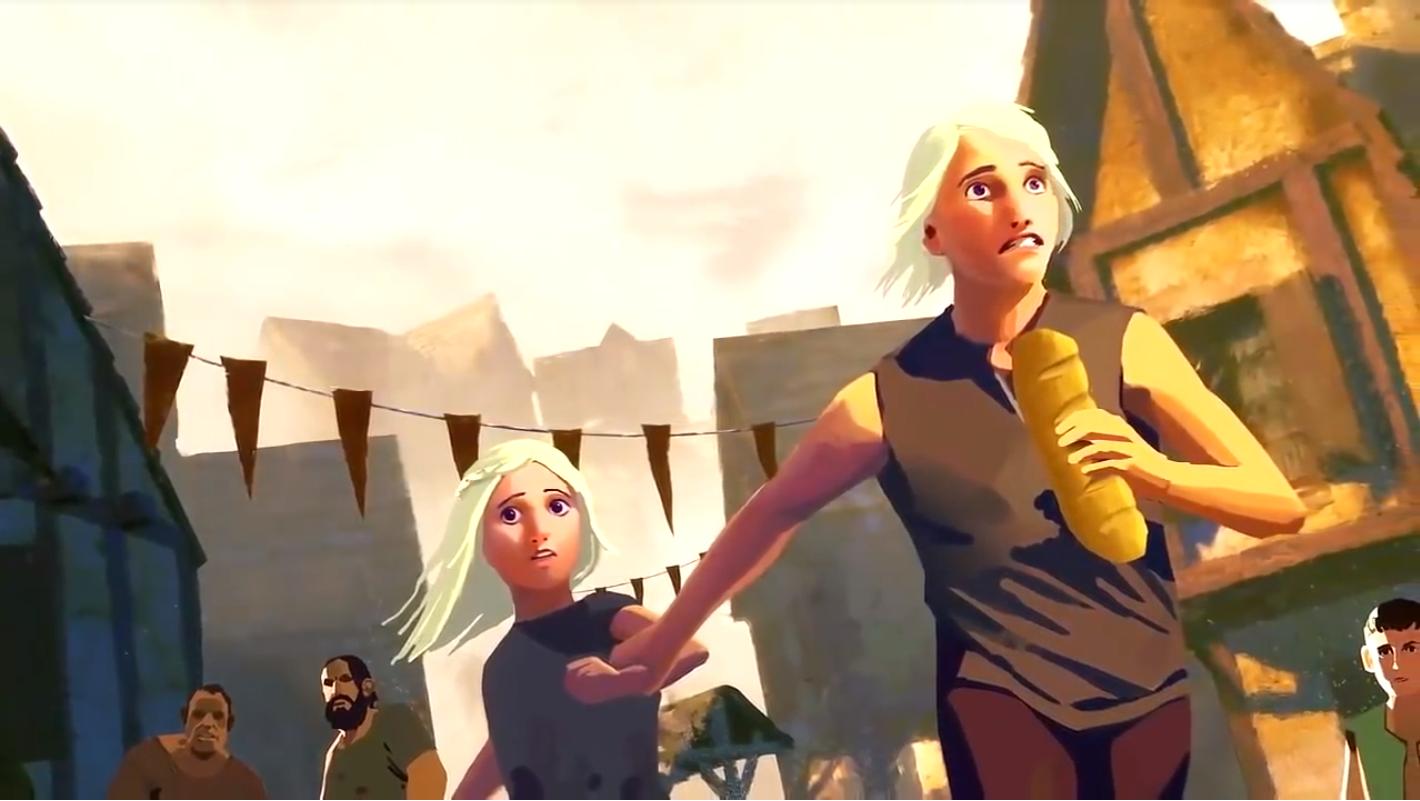 THIS is a GRRM story! I liked it. The execution was fumbled a bit lately with Dany's story, but the themes worked for me. I like how she's been handled recently. A horse's natural instinct is to run away from pain, but a dragon's instincts are to attack. Now that everyone whom cared for Dany throughout her life is gone, no one can stop her. The people are burning. The city is destroyed and in flames. By following her birthright and destiny Daenerys brought pain and suffering with her.

She should have gone back to the house with the red door and lemon tree. Jon Snow and Ygriite should never have left that cave. Cersei should have surrendered, yet I understand why those characters made the choices that lead them away from their happy endings. That's what makes it a good story. The human heart in conflict with itself yadda yadda.

Jaime was mishandled, but ultimately I liked the final scene with him and Cersei. The way we got there was silly, but the scene worked. The Cleganebowl still bugs me because it undermines what is, in my reading, the entire point of Sandor's story. Plus it looked lame against the CGI background. I didn't hate Euron, only what he did in the story. The actor playing him was having fun, he had a personality and thoroughly enjoyed being horrible. While everyone else in this show is miserable all the time, Euron at least was having a blast. He's not the Euron of the books, and his role in the plot was total crap, but whatever. If I were to get mad at character assassination he'd still be pretty low on the list of characters who didn't survive adaptation.

It's almost over everyone. Been a hell of a ride, but Winds still isn't out. I may start over and go through the whole series one more time, but honestly the hundreds of hours spent in Westeros and Essos are definitely coming to a close. My interest has been waning with every season of the show. There's a small amount of catharsis from seeing it all go up in flames, literally, now that we're at the end.