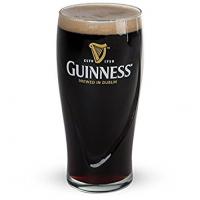 Tell us another tale from the before times, old man.


There was once an elite special forces team called the Ghosts who operated overseas and in Mexico City and were the greatest tactical shooters ever, until their name was drug through the mud in a wild land.

If they show anything remotely hinting at a new Splinter Cell will someone please tell me immediately?  Thanks,

Yo it's ya boi Dalton, back from exile to contribute something positive to this site because he doesn't want to get banned.

Banned for making light of the situation.

For real though, I've played one new game all year and that's Fallen Order so I guess that wins the award for best game of 2020 from me.

Game that I would have Bought Except Blizzard Supports China Against a Democratic Hong Kong:

Modern Warfare.  I was so pumped for this reboot, and then Blizzard went all anti-Hong Kong so I threw any ideas of buying it in the trash

Halo: Reach.  I'm excited to see what Noble Team is all about.

Game of the Forever:

Arma III.  Get it.  Come run ops with me.  There's usually a lot of war crimes committed and friendly fire and sometimes DL-44s.

Yessir, though I don't know if that includes shipping.

I know that feeling man.

So real talk how would I get something like this, or any kind of military style LEGO set?  Obviously you built this one, but are there instructions?  Sets that sell themselves?

And the most important question: has anyone built a 688 or Virginia class sub kit?  Or an aircraft carrier?  Or destroyer?

Maybe that should be your next challenge idk.

Are you telling me I could have this cool ass LEGO tank for less than $50?

#488834 moving Wicktures that you are watching: John Wick 3 Edition

The Boys is probably the greatest comic book adaptation of this decade, not gonna lie to you guys.

It takes everything we love about superheroes and turns it on its head, and it's fantastic.  The writing, the acting (good golly Homelander is terrifying) the action, the violence and the comedy.  It just works.  It feels more like a comic book on the screen than anything else I can think of in the past decade.  Even The Avengers which was world changing way back in 2012 didn't feel this fun.  I blew through the entire series in less than 24 hours and I gotta tell you guys, you're missing out.

Next I'm gonna finally finish The Expanse because I miss my sci fi, and then I'm gonna sit here and be sad because the Amazon Lord of the RIngs adaptation won't be here until 2021 and from everything I've read it sounds like they're going to be doing that very, very right (and if The Boys is any inkling of how they can adapt a page-to-screen story then hot DAMN am I friggin excited)

Ubisoft has officially turned one of the classic military combat video games of my childhood into another generic shoot em up robot killing game, with bad guys wearing capes.

Cinematic reveal trailer for Fallen Order. No gameplay, but they're 100% saving that for E3.

This is a story game, no multiplayer, no microtransactions, about being a Jedi.


I'm PUMPED I tell ya

This is the first time I've been legitimately excited over video games in a long, long time.

I played the original HALO on PC eons ago, and never played the others. I'm gonna waste so much time when this is released.

Outlaw King was a pretty good spiritual successor to Braveheart.

Braveheart was a more coherent movie in the terms of storytelling, but Outlaw King had (in my opinion) far better battle scenes.

From what I've read, Cavill is just doing a first time costume test there and theres no makeup or shiz to go with it.

Honestly guys I don't think I can express how broken I feel righy now.

Where is my Splinter Cell?

I just want Sam Fisher back.

But I guess with how awful the stealth and gunplay was in the new Ghost Recon it's probably for the best.

Shooters just aren't as good these days man. Where's my classic Ghost Recon 2 feel? Why are enemies bullet sponges? Why do they have "classes" and stuff?