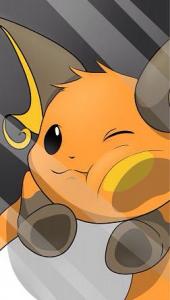 He-he-hellooooo! I'm just the charming nerd that loves to socialize. It's true. I role-play as often as I can, and love it no matter what. The internet seems like a great place to do just that. My role models are Chris Pratt, Billy Joel, and Bioware, because everybody should aspire to be ridiculous, charming, and awesome, respectively.

Hmmm... I'm not sure what else to say. I enjoy long walks on the beach and deep conversations under the stars, and obviously, I'm the one for you. So leave me a comment professing your love, and we can talk about how that's not normal and why I don't feel the same way about you.

I'm quite curious to know where you acquired these figures?

I'm pretty sure I got them from Reaper Miniatures, but if you're interested in minis I have several great sites I can recommend

*cough cough* I have more if you wanna see them <.<

Welp, Ratcatcher... I'm sorry you decided to do that.

I still think Karma will get everyone back. As the saying goes: "In Wulfgard, you abandon the RP. In Globejumper 4, the RP ABANDONS YOU."

...We're going to have a bad time, aren't we? If Mettius dies, then this will become even more of a horror RP for Lucy. I look forward to it!

Actually, they're from Fullmetal Alchemist.

). They are traveling on a path through it, which is dry land, and is surrounded by said muck. It's the path the witch designated to them via the map.

...dang it. My grip on reality is slowly releasing. I'll go and edit it to fit the setting better. Thanks Wolfy.

As the group of heroes traversed the path in the swamp, Lucy did everything she could to walk confidently, though it wasn't very convincing to herself. A minor issue was the smell; she had never been in air that was so pungent, and she wondered if she could possibly get sick from the aroma. The more serious issue was the eeriness of the swamp itself; in the Achean forests she grew up in, her ears were at peace with singing birds, chirping cicadas, and the occasional brushing of leaves from the wildlife. This swamp wasn't tuned well to such music, and instead echoed the sound of dreadful silence, which was very unsettling to the denizen of the darkest nether region of the Internet which shall not be named. Cannibalistic witches were enough evils for one marsh.

Lucy's fears were continuing to buoy to the surface, when he foot suddenly didn't come up as easily, and she couldn't pull it out herself. Apparently, she had stumbled off of the path into a patch of mud, and she lacked the strength to get out. "Um... S-somebody help? Mettius?" It was a pathetic inquiry, and a part of her hoped her uneasy voice would be overlooked. As somebody pulled her out, she firmly told herself that she couldn't get any more miserable.

It was at that point the party halted. Augustus looked around, and saw three figures in the fog. She couldn't point out or explain how, but their movements didn't seem normal. Before any details could be specified, they stopped, almost as though they were staring at the group. "Greetings!" Sebastian shouted, causing Lucy to gasp involuntarily. "We come in peace!" She let her deep breath out, and tried to calm down. The young Inquisitor watched as the three humanoid things sank into the ground in a serpentine manner, leaving her mouth gaping and without breath. It was definitely one of the more strange things she had seen-- maybe the most strange. Not frightening, just peculiar beyond comprehension.

When she looked around to see how the others were reacting, she noticed one of those Will-o-Wisps nearby, its light radiating in a compelling manner. She wasn't sure how a ball of burning blue could be so tempting to follow-- yet, she definitely felt a strong need to somehow go to it. It almost seemed friendly--

Blinking, Lucy looked away, trying to remember what Ben said. Don't follow that thing, she thought. It's a monster, and it's a bad one. It's like... a singing mermaid thing, but for the eyes. It was a lot harder to refuse to look than she thought it would be. Naturally, she wanted it to be in the corner of her eye to make sure it didn't sneak up on her, but even that probably wasn't safe. "M-maybe we should just move on," she said, looking at those leading the group, specifically Hadrian. "Unless you think we'd have the upper hand if we were to confront something?"

The room the witch came out of was empty, revealing no sign of the children. Several of the others discussed in hushed tones the possibility of the witch eating the children, causing Lucy to feel much less comfortable being in there. As the witch unfolded her tapestries, Lucy wasn't entirely sure what it all meant. She postulated that it's drawings showed that the swamp was once a peaceful place, and has since lost its color. Still, the vegetables alone she was growing had to be plenty...

Before she could disbelieve the rumour, two screams sounded outside. Lucy rushed out, her shortsword readily held in both her hands, but nothing appeared out of the ordinary... except... the General was gone. And Inghus. In the distant fog, she saw a faint blue light.

"I've heard stories of the will 'o' the wisp luring men off the swamp path with their light..." said one of the Venators. "But those are just stories, right?"

"You tell us," Lucy replied, "Venators are experts on monsters, right? What's a... willow wisp... anyway?" She said with unfamiliarity as she looked out into the fog again. "And can it kill us if we try to go after it?"

"No," Lady Tamaria said, "we'll put everyone in the town's Temple for some divine protection as well."

"Oh," Lucy said, shrugging. "I suppose that's a better idea." But before she could go and talk to some people, Mina began shouting orders, which seemed to upset villagers more than help matters. As Lucy listened to the banter of angry peasants, she felt a little foolish for thinking it was a good idea.

Then again, Mina was probably the most charming and convincing woman she knew.

Well, nix on that plan, miss Lucy thought. Still, she hadn't been getting much sleep, with all of the unusual stresses this quest, she knew that trying to stay up with her fatigue was only going to bring trouble to herself, or possibly others around her. She yawned at the realization of how full of unrest she truly was. Looking around, the Channeler slumped back into the inn with a level of defeat. Going back to where she was, and seeing Mettius barely had time to think about her last request, she heartlessly admitted, "On second thought, maybe it would be better to regain strength for the day to come." Collapsing back into her spot, she asked, "Do you ever feel both restless and exhausted at the same time?"

“...None of it is Inquisitorial business. Someone is sick, and there’s a monster stealing children. They’re jobs the Venatori and Templars are equipped to deal with, not us. Not me, anyway.” He sighed, finally pulling off his black helmet. As he did, Lucy held back a smile to the best of her ability. She hadn't seen his face this closely before. “...You came to the same conclusion, too, I see.”

"Um, well, yes. Sort of. I was thinking about changing my mind though. Just because it's not Inquisitorial business, doesn't mean that helping will won't look good for our cause. Especially witch-hunting. You see, they've got this plan to gather up children so that we can defend them from something tonight, and I was wondering..." She realized that her asking Mettius was completely see-through, but she thought, What the heck? Next month is my birthday. "...*ahem* sorry, I just realized that I might have left something at the asylum," she bluffed with ease, "but I was wondering if you would like to come and help? I mean, I've seen you under that armor, and you're as strong as an ox. Plus, you look like you have a gentle personality, and would do really well with convincing children to go somewhere central where they'll be safe." Regardless of whether or not he accepted, she stood up, punched him softly in his armored shoulder, said "your call," and headed out.

According to Lady Tamaria, the children all needed to be at some central location where they'd be safe. The inn was probably too dangerous for other people, so some shop or house toward the center of the town near the fire would be best. She went over to Lady Tamaria and said, "Unless you have a better location, I'm going to start gathering up kids and putting them in that building there." She pointed to a hovel in the center of the town. "Does that seem OK?" If she approved, Lucy would begin rounding up children and explaining calmly to anybody who asked questions why they were doing so.

I'm working on Mettius guys. Don't worry; I'll use my feminine charm to seduce him into baiting monsters with innocent, defenseless children.

Ben gave a short laugh. "Yeah, well, talking too much or not, it is hard to sympathize with all the different dark pasts that go around in a group like this," he said. "That's one reason why I don't bother anyone with it. Well, one of several." As Ben shrugged, Lucy nodded with understanding. People probably didn't just assume the role of adventurer silly-nilly; she didn't, after all.

"I'm curious now, though," Ben added, his tone indicating he had some kind of small smile of interest on his face under that helm, "since you mentioned people in The Moor believe in monsters. What about you?"

Lucy shrugged. "I don't know. Sure? The idea seems kinda far fetched, given I've never seen one. But all of the experienced adventurers talk about demons and stuff like it's some badass walk in the park. The only mention of monsters in my life is my parents are rumored to have hunted a unicorn. But I've heard that if they exist, they're like, pure creatures or something like that, and killing one in cold blood would curse you." She cocked an eyebrow, here eyes looking up at her thoughts. "But I haven't seen them since, so I wouldn't know if they're cursed... So maybe. I'm undecided. What about you?"

"Sorry. I've just got some problems I need to deal with on my own," Ben said. "I didn't mean to brush you off."

"Oh, no, that's not a problem." Lucy said, surprised he followed her. "I'm trying to learn how to give people space. It's difficult for me to do-- I mean, I don't have any secrets, or hidden past backstories or anything like that, so I don't know how to sympathize or anything." She paused briefly, but quickly spoke before Ben could reply. "And, also, my dad has told me that I can talk too much, so, that's also something I'm working on. You know." She smiled, knowing that of all people she knew in the group, Ben was the least likely to think negatively. Then again, she wasn't familiar with anybody else aside from Kristina and Mettius.