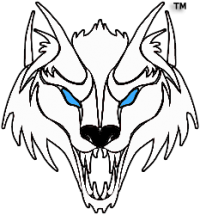 Amarok is a gigantic wolf in Inuit mythology, said to hunt down and devour anyone foolish enough to hunt alone at night. Unlike real wolves who hunt in packs, Amarok hunts alone. Both the sketch and inking are giggity-glamming awesome!

Well these two blokes summed it up nicely so... I really can't add anything - But keep it up!

Thanks! And, the beetle-folk don't really associate themselves with the khepridnir in any way; they're all separate creatures. The beetle beastmen are like most beastfolk in that they just want to be left alone. They have no particular feelings about dwarves either way.

But like dude, that drawing! That is seriously sick! I really love how it turned out! I would love to see you try again for the full size because man-o-man, delicious!

ALL ABOARD THE HYPE TRAIN WHOO WHOO

Man, the dung balls he could roll up!

For reals tho! He's sick! Okay, so - Dwarves raise beetles... would these guys still be hostile to dwarves or shorta amiable?

I would love to see a series with Chuck as a werewolf! But that aside - I totally loved this! I'm honestly sad it's only a vignette because now I just want more! You've always had a knack with the details in your writing that I just love, but you also really interpret characters well - I can totally see the characters acting in just that way!

But his poor tie!!!!! I've always liked how you include all the little details, like his pocket protector and his watch! Seriously excited for moarr!!!

Love the Inktober stuff, Wolfy! You've got a really nice mix. I always liked that better than people drawing from, like, one theme or whatever. Lot's more variety from you. I'm going to keep mah peepers glued to your art thread for more!

Also, Croc said "peepers" and that amuses me!

I'm... Well I'm speechless, Scorp! These are amazing! That was so so worth the wait! And the detail just makes me happy! The little things like Tom's teeth or just seeing Cor on the Harmonica! So brilliant!

Appearance: Like all Vidralfar, Aemilia is a little shorter than the average human, although her ears give her an inch or two. She is quite attractive by human standards, with soft features and a slightly upturned nose. Her vibrant blue eyes seem to sparkle when she smiles, which she does often. Her dirty-blonde hair, which she usually wears down around her shoulders blends well with her tanned complexion indicative of her long travels

Equipment: Aemilia travels light, besides the traveling clothes on her back, which are fine elven quality - Aemilia carries an intricately carved longbow and quiver of arrow, as well as a hand axe.

Personality: Aemilia is fun loving and mischievous, mostly due to her heritage, and she loves a good laugh. However she has spent enough time around humans to know when enough is enough. Her constant verbal as well as practical jokes often get on the nerves of others, which accounts for her lack of travelling partners. Although with her beauty she has no problem finding someone to share a night with, which she often does. While still quite young for an elf, having seen so much of Achea, she is actually quite knowledgeable of many things and can carry on a conversation on most topics.

Biography: Aemilia Turrin never stays in one place long enough to tell anyone much of her past. While she'll share tid-bits or traveler’s tales in exchange for a drink at a tavern, she prefers not to bore anyone with long tales. Born into Elven society, and as all elves, she quickly learned the way of the forests, how to track,  forage, and nimbly climb to the highest of tree boughs. She greatly enjoyed her life with her family, and was often the life of the party, basking in the attention that the young male Elves would shower upon her. Yet at the end of such revelries, she would always scale mighty trees simply to peer out into the sky and to catch a glimpse of places beyond the edge of the forest. She finally got up the courage to say good-bye to her parents and friends and left the forest. Most of the other elves where shocked that she would leave to live with the humans, but her family, who knew her best, discerned early on that she would one day leave the forest to fulfill her wanderlust. The many years traveling bred experience, and a way of life that was suitable to Aemilia.

Welll, snnnnnaaaaaaaaap! That Bom sure has some strength! I honestly just stared at the final panel for like... 10 minutes just reveling in it! Luvs it! <3

And can I say? I love the Dark Elf battle armor!

Just gunna say. The idea of the nimble Svartalfar pole-vaulting is just seriously cool. Like... I saw it and was like, "Daaaaaaang, that's awesome!"

Faridah blew a long sigh. “Good enough for me.” She finally said. She was relatively quiet for most of the rest of the ride.

Caiden shot her a glare. “Wouldn’t you like to know,” he breathed flatly in an apparent attempt to irritate her right back.

Faridah frowned, “More than you know.” She muttered in extreme annoyance.

Eat your food, Faridah.” He added

With that, Caiden stood and retrieved his bedroll, rolling it out next to her and gesturing to it. “All yours,” he said – and then he promptly lay down on the ground and crossed his arms, rolling over onto one side before he tried to get some sleep.

“Thanks.” She said gratefully, getting over her annoyance with him. How could she stay mad at him when he was such a gentleman? Which only made her even more annoyed with him that he could manipulate her so much. She finished eating and crawled into his bedroll, probably thinking naughty thoughts.

Morning came swiftly, a little too fast for Faridah who wanted to sleep, but she knew they were on a time table and kept the grumbling to a minimum.

The ride was uneventful and eventually they arrived at Killedam, it was town Faridah visited multiple times. It was such a colorful city she could disappear among its crowds for as long as she needed to lay low after a job – which she had done once or twice.

After their entrance into the city and Caiden’s reunion with his sister, whom Faridah may have misjudged when Caiden first hugged her – she dismounted and glanced at the harbor. The many ships seemed welcoming, with their multicolored flags and the droning sounds of sailors singing.

Caiden led them toward them anyway and she admired the figureheads of the boats, at least, most of them…

“Come with me, Faridah.” He suddenly said.

She glanced at him and nodded, “lead on. I hope it’s someplace with candlelight.” She teased him quietly.

As they wandered about the docks, Caiden glanced at Faridah and pulled her aside into one of the city’s many shady corners.

“Not the most romantic place, but it will do.” She said with a smile, but Caiden’s somber expression chased the smile away.

“You wondered what I was going to do with Gwen,” he whispered, his voice almost certainly even lower than it needed to be. “She’s coming with me. She can’t… not, in all honesty. She’ll be out of the way – with any luck, no one will even notice her. Not even you.”

“Caid,” she said softly, “If you ever need anything. Just ask.”

Caiden took a deep breath, hesitantly lifting one hand to touch her arm. But he stopped himself, for whatever reason.

“There’s something else I want to tell you,” he said quietly. “I told Soothand, and… you deserve to know. He asked why that rune trapped me. Long story short, I’m cursed. If I die, I suffer the same fate as Gwen. It’d take six nights, but I’d wake up again as a…” he swallowed. “Well, a monster.”

Caiden remained stony as ever. “Gwen suspected this was the case after something that happened to me once, but I didn’t believe her. I guess I was just denying it. But that rune told the truth. "

“I’m not asking for pity,” he said quickly, looking away from her. “Or sympathy or any promises of any kind. I just thought you deserved to know.”

Faridah didn’t say anything for a long moment. “I guess we all have secrets.” she said. “Thanks… for telling me.” She managed half a smile, “Does that mean you and Gwen are going to have bats together?”

Drake then cantered Ghost up to Faridah and offered her both a hand up and an all-too-charming smile.

“Want a ride, milady?” he said. Then, after a second, he added very seriously, “Look, I know you can probably barely stand to think about me after… ah, what happened – much less be anywhere near me – and I get that. But just give me a chance to make it up to you.”

Faridah made a wry face and crossed her arms, “You promise not to eat me? Or… strangle me?” she asked, a grin tugging at the sides of her mouth. However she took his hand and pulled herself up behind him before he could answer.

Well, of course I'm entering this. I need another medal.

Faridah was a little surprised that the fat man kept his side of the bargain, but she was thankful. Cultists were the last people she wanted to have to deal with.
They made their way back to the weird old man and he promptly turned out to be cultist himself. Only for Soothand to actually be a mage and a moment later – she was being pressed against Caiden’s enormous pectoral muscles and things were getting very hot. Or maybe that was the fire all around them.
She didn’t mind either way and snuggled against him.
Caiden, on the other hand, slowly loosened his arms from around Faridah and opened his eye to look at her face. “Sorry,” he said, his voice low. “I didn’t know what else to do. I'm surprised that worked,” he admitted.
“I’m fine.” She said with a lopsided grin,
Caiden glanced at Faridah again and slid his arms down from around her. “You could probably just step out of here, if you want,” he said quietly. “I don’t think this thing has any hold over you.”
“I’m fine.” She said again.

The group gathered their gear and debated for a moment the best way to actually leave the cultist’s lair. Faridah knew she could easily slip out, but abandoning them wouldn’t go very far in getting them to trust her again, especially Tom.

They decided subtlety over brawn and it almost worked until Marcus’s halberd got tem accosted by some know it all cultist.

And then a fat one.

The fat one seemed to want to talk things out, but Soothand rashly leapt for him. Faridah sighed and shook her head when that didn’t work at all.

But fortunately for them, he still wanted to make a deal. Faridah didn’t at all like the odds if they didn’t accept, but why shouldn’t they?

“So, what will it be? Walk away and we all keep each other’s secrets, or fight and die and get plenty of my men killed in the process?” He asked.

“We walk.” Faridah said loudly enough for the entire group to hear and she boldly removed her mask as she made her way to front of the group and held it out to the fat man.