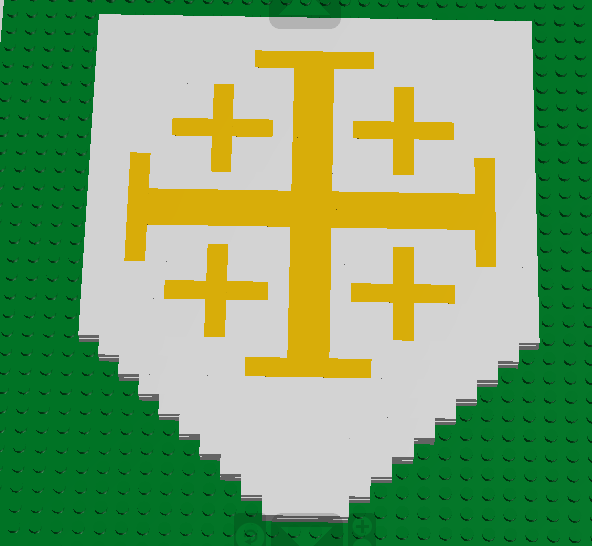 Just something quick I threw together. Based on the one I have as my profile pic, this is a shield bearing the crest of the Kingdom of Jerusalem. Established by Godfrey of Bouillon in 1099 after the First Crusade, the Kingdom of Jerusalem is a Crusader state that lasted nearly 200 years. The 2005 Ridley Scott movie Kingdom of Heaven is set in the so-called First Kingdom of Jerusalem (1099-1187), although the gold crosses were set in a field of pale blue for the film, rather than the historically-accurate white.