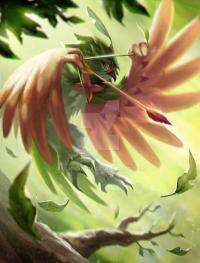 General:
First Name: Riley
Middle Name: Nah
Last Name: Nah
Age: 21
Gender: Male
Occupation: working at a grocery store currently
Religion: I guess Atheist technically.
Nationality: Canadian
Heritage: oh boy, I have a lot. Russian, German, Scottish... Hell, I'm even part Ojibwe.
Languages: English, though I want to learn Russian and French
Interests: Video Games, War History, Psychology to an extent, TV...
Favourite Music: Linkin Park, Nickelback, Rise Against, All-American Rejects, AC/DC, The Beatles, Billy Talent, etc.
Favourite Movies: Inception, Avatar, Transformers, Transformers: Revenge of the Fallen, Star Wars (yes, even the prequels), Lord of the Rings, Harry Potter, District 9, Hurt Locker, Black Hawk Down, Saving Private Ryan, Enemy at the Gates, The Lego Movie,etc.
Movies I've Recently Seen: 12 Years a Slave, The Lego Movie
Favourite TV Shows: The Walking Dead, Friends, Brooklyn Nine-Nine, Avatar: The Last Airbender, The Legend of Korra, The 100, The Colony, Falling Skies, etc.
Favourite Video Games: Super Smash Bros. series, Halo series, League of Legends, WarCraft III, Pokemon (entire series, but specifically Pokemon Gold and Pokemon Platinum), and chances are if it has a good storyline, I'll enjoy it.
Currently Playing: Halo: Master Chief Collection, League of Legends, Pokemon Alpha Sapphire, Forza Horizon 2, Counter Strike: Global Offensive, Super Smash Bros. for 3DS.
Most Anticipating: Evolve, Dying Light, Halo 5
Favourite Quotes:
"Only the dead have seen the end of war" -Plato
"Kids need to start thinking for themselves, not to be like their friends that think they are individuals. I don't want you to be like us, I want you to be like you." -Marilyn Manson
"The individual has always had to struggle to keep from being overwhelmed by the tribe. If you try it, you will be lonely often, and sometimes frightened. But no price is too high to pay for the privilege of owning yourself." -Fredrich Nietzsche
"The single biggest proof that life exists elsewhere in the Universe is that we humans exist on Earth." -Unknown
RPing:
RPs I'm currently in: None...
RPs I'm signed up for but haven't started yet: None...
RPs I've been in that have finished: Behind the Curtains, ODST, Rise, Rise II, Tragedy of the Heavenly Spirit, In Midnight Clad, Rise III.
Other RPs I've been in: S.I.N., Galactic Conquest, Immortal Kingdoms, Beast Wars, Dwarf Tales, 2040: A World United, the one with a really long title Colonel Halicon made, Domination, Rift Wars, Alien Vs. Halo, The SPARTAN-II Program, Rebellion, probably some others I've forgotten.
RPs I've made: Transformers: The Battle for Earth, Warhammer 40,000: Battle of Riato, The X-Men RPG.
RPs I've made that have finished: none yet.
RPs I've made that have active sign ups: none.
RPs I am currently running: none
RPs I'm planning:


More personal stuff about me:
Hello, SSLF, I am assassinfred. Many of you may know me, and many of you may not. Here, I am going to put a few personal things about me, to give you an idea of who I really am.

First off, a little bit about my mindset. I am an individualist, that is, I always try to be myself, no matter what the outside world says I should be. Sure, it might not make me the most popular kid in the school, but I don't care, and don't really care about what other people think about me. The way I see it, this is me. You don't have to like it, but I'm not changing so you do.

I am also a moral nihilist. This means a lot of things, but in a nutshell, it basically means that I don't believe in Good and Evil. I find the concept of Good and Evil as incredibly pointless, as I see them as basically the same thing with a different point of view. Yes, this means I don't think Hitler was evil. I don't think he was good, either. He just had a different point of view. I don't judge people based on their morals or point of view. Hell, I try not to judge anyone at all, although sometimes it's hard not to. I don't know someone's background or point of view, so who am I to judge?

I would also do anything to protect the people I care about, even if it puts my life in danger. That is a big part of who I am. I feel that everyone deserves to live, no matter what race, religion, political alignment, or sexuality. If I can do anything that betters the lives of other people, even if it is at the cost of my own, I will do it. Because of this, I have and still am heavily considering joining the Army, not for honour or to be a hero, but to protect the people I care about, and fight for what they have.

I also connect with my music, and most of the music I listen to means something to me, or if not me, someone. I always try to find meaning in the music I listen to, and it is often one of the only ways I connect with the world in an emotional sense. I love music, and finding the meaning in it really improves the song for me, because it allows me to relate and connect to the artist.

Well, that's about it. I hope you understand me a little better now, and hell, maybe you even enjoyed this. I don't know, but if you read this whole thing, cool. If you didn't, that's cool too. I don't care either way.