Do you really care? Probably not but I'm going to post about it anyway and you will read it damnit.

Posted by Sir_Muffonious, 11 September 2010 · 1,405 views
Like I said, you probably don't care but since so many people seem to like Paramore all of a sudden, I thought I'd bring this up. The Video Music Awards are on tonight on MTV at 9:00 (eastern time). Normally I wouldn't watch the VMAs. They're like the Oscars, but I think that they might actually be worse because all of the winners are pretty much determined by popularity. But this year there are a few things worth noting. (The red carpet thing actually starts at 8:00, but that's silly and I'm not watching it.)

Paramore is nominated for Best Rock Video with "Ignorance", and Hayley Williams' collaboration with B.o.B, "Airplanes", is nominated for a couple of awards including Video of the Year. Normally even that wouldn't make me degrade myself enough to watch the VMAs, but Paramore is actually performing live..."Brick By Boring Brick", I think. Which should be fun, since my brother's watching the show with me and he hates that song.

And, though you may not care as much, B.o.B will also be performing live... 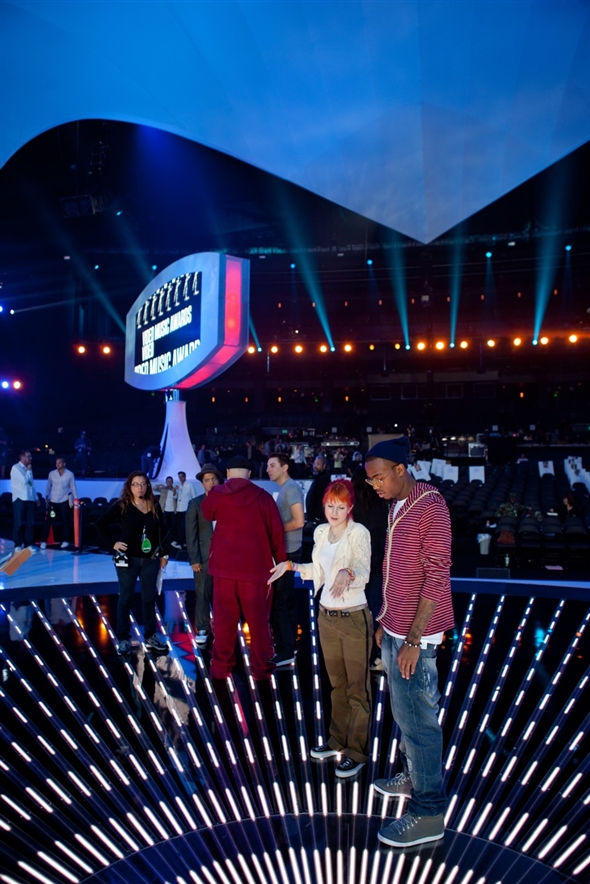 ...oh, and from what I understand he and Hayley Williams will be performing "Airplanes" together. No biggie. Should be a fun night, given that you find the strength to sit through the rest of the two-hour show with Justin Bieber and Kanye West and the rest of 'em. I could just watch the good parts on YouTube tomorrow afternoon, but I have nothing else to do tonight, so why not? Feel free to join me.

Oh, and don't you dare think less of me for watching this trash. Werewolf made a Twitter account because of Nathan Fillion, so I'm going to watch the VMAs because of Hayley Williams. It's only fair.

Sep 13 2010 07:54 AM
Gosh darnit, I wish I had seen this last night. I would've actually subjected myself to some of the show just to hear Paramore and see Chris Pine (who was there, by the way).

And you brought up my Twitter thing? Psh, that's nothing; I just use it to check Nathan Fillion's Twitter (and a select few other people, but mostly him). I've actually sat through the entire God-forsaken Oscars including the red carpet before once because I knew Tom Cruise was a presenter. And then I watched a lot of it the next year just on the off-chance that he'd be there. Well, he wasn't that time, and he hasn't been since from what I've heard.

So after that last time I tried to watch it, I swore a vow that I'd never watch the stupid Oscars again (except segments from YouTube that I actually want to see), since I hate them anyway. I did get to witness Hugh Jackman forfeit his masculinity live on stage, though. Not everybody can say that.

@Werewolf: It really wasn't worth it. They crammed three performances into something like three or four minutes, and as a result Paramore's part was only a minute long or so (MTV basically made them butcher their song). Regardless, I think Hayley got a lot more stage time than all of the other artists who shared the performance with her.

And I didn't see Chris Pine. They probably didn't show him, or maybe I didn't recognize him.