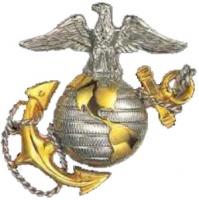 The Hall of Characters.

So, I've decided to make a list of all of the complete RPs I've been in, and the character in said RP.

Let me know If I've missed any of them.

What steel is te best sort of steel for weapons? Elvis, human, Dwarvish, etc. Not Deepsilver or Deepgold mind you, but just normal steel?

In Topic: The Lord of Corpses

The trio of Centuries stood underneath a large and ancient oak, deep in conference with one another. Clad in the burnished armor of the Legions with the signature side-to side crest of the Centurion, it was these veteran legionaries that were leading the push into the forests that were just west of Hugin Keep, with three hundred soldiers under their command.The three centuries were overall under the command of the senior Centurion, Flavius Lepidus. He stood there in the center of the group as they discussed the best way to go about their task.

"If the rumors are to be believed, the Count is hiding within these forests, having fled from his former command of Hugin Keep. Hopefully, we can entrap him there, surrounding him and making him unable to go anywhere but towards us. Put his back to the sea, and he will with luck surrender." He stated, looking to the others for their reactions. At nearly two meters in height with eyes so brown they were almost black, Flavius was a physically imposing figure. The battle armor he wore, and the cords of muscle born out of years in battle and strict Imperial training made him look even more fierce. But the two men in front of him showed no fear, and that was good. They were Achean soldiers, they needed to be brave, both to lead their men in battle and to voice their opinion's in the war council.

"Indeed. As well, if we can trap their cavalry forces between the forest and the open plains we will be able to destroy their most valuable asset. The Count transformed their light cavalry into deadly archers and fighters. Do not forget, these are not the half-trained rabble that we are accustomed to. These are highly-trained, highly motivated men who know just how we fight. Whatever path we choose, we must use caution when we confront them." Replied Marcus Petro.

He was the youngest of the three Centurions, yet he had proved himself a most able commander and a superior swordsman to almost any he had yet to encounter. This was evidenced by his thin physique that ripped with muscle, and by the blade at his side, a depature from the standard gladius used by the Empire. Instead, the lean, beardless man had a Southern Imperial-style paramerion, belted at the waist. A single-edged, slightly curved blade, it was a blisteringly fast weapon, designed to cause the maximum amount of damage during the slash. It had been a gift from the Legatus himself, in recognition of the man's skill. The hilt was carved in the shape of a boar's head, and it too had a small curve to it, aiding even further in the paramerion's primary attack.

Finally, the third Legionary spoke out, Gaius Barabtus. "I disagree. If the cavalry break free or our ambush fails, then the enemy holds all the cards. Better to let us choose the battlefield, force them to attack. With the barabarians to their North, and the outlaws to their South, any attempt to break out of this encirclement there would be pure suicide. As well, we need to act swiftly to bring him back before the Tribe, or the outlaws decide to take advantage on our weakened Keep's. And if he continues his campaign of slaughter, they may very well be willing to do so. If we completely outnumber them, the Count may very well surrender to save the lives of his men." The half-Southren, and rather short man said. Hailing from Justiniopolis, the olive-skinned Legionary had been stationed farther North by his own request. To anyone who would listen, the small statured soldier would complain about the oppressive heat of his homeland, and often.

After considering this for a moment, Flavius hand smacked the hilt of his gilded parazonium, nodding. It was a short triangular dagger, wide at the hilt and coming to a fine point. "You make good sense, both of you. But we need to move. For tonight, we will hold here. Two days from now, we will advance and close the trap around him. Give the orders. Marcus, make certain the watch in place and the men are keeping busy. No idle hands. As well, tomorrow, all weapons, armor, and equipment will be inspected, make it known." The Centurion gave a short nod to indicate understanding, and then turned on his heel to carry out his duties.

As the man left, Flavius looked over to Gaius. "Get the camp put into place between those two hills, ensure the proper defenses are put into place. And get out scouts out to screen the area. If Lucius' forces do attempt attack soon, we won't be caught with our breeches around our ankles." He ordered, and other man left to do as he was bid.

Turning behind him to mount on his horse, he made his way back to his command tent. Giving the sentries orders not to disturb him unless it was an emergency, he retired for the night, reflecting on why he was here in the first place. But he knew in his heart that even though the massive amount of people that Lucius' soldiers had killed were Northerners, they did not deserve the slaughter brought among them, and it was only causing more damage to the relationships with the Tribes.

Haven't named him quite yet, but he will appear in the comic soon after I resume it. I'll have picked out a name by then.


Yes, but many of the soldiers are Northmen, and some of the leaders do not trust them in battle against their own kinsmen. This will also be mentioned in the comic soon, when I get it going again.


The universal symbol of the Empire is the Crown bearing the stars of Astra, but the eagle is also commonly used as a symbol, and the Legions still carry eagles atop their banners, as seen in the comic.


The Empire does not acknowledge any such schism of its geography, even though some cultural differences may exist. Note that although the current ruling dynasty of Kemhet is mostly Achaean by blood, they are not part of the Achaean Empire. Kemhet is a sovereign state.


There are many tribes - possibly more than a hundred, even hundreds - some large and some very small. New tribes spring up from time to time, while many others are destroyed or assimilated into larger ones.

The wealthiest and most powerful tribe are the Bjornings, or the Great Bear Tribe, though they no longer use the word "tribe" to refer to themselves, preferring "Kingdom of Bjornburg" or similar (their leader styles himself King Bjornar, his seat is the Bjornburg).

Other important tribes include the seafaring raiders called the Wyrmtongues, the deeply spiritual Tribe of the Wolf (or "Wulfings"), the nomadic horsemen called the Karag-hai, and the fearsome and savage Frost Ravens.

I really need to make a page on the wiki about the tribes...

Where are all of the Legions based, those that you have named? I know that the Legion of the Boar is based in Northtown, the First Legion is based in the Imperial city, the others?

And what are the colors of King Skiera's Royal Army?

EDIT: Where is the main metalworking city in the Empire? I.e in Rome most swords, armor, and the like were made with superior Iberian steel from the mines and cities there.

Who is the Legatus of the Legion of the Boar?

How many Legions are there?

What are the names of the Legions?

How many soldiers are in a Legion?

Does King Skiera have a Royal Army?

Is the Eagle the symbol of the Empire, as it was with Rome?

Where does the Empire proper stop and the Southern Empire begin? Anywhere specific, I mean?

How many tribes are there? And what is the largest tribe?

In Topic: War of the Roses

This looks awesome. DO WANT.