The chieftain sneered at the Achaeans huddling at the far end of the valley.  They clearly hoped to use the terrain to funnel his superior numbers, but it would not save them.  His golden banner was the terror of the Deshreti sands, and now even the Imperial Legions could not stand before him.  He would honor their bravery for a time, then sweep into their homes and lands like a merciless sandstorm.  The thunder of his charging troops grew even louder, and he savored his imminent victory.  Now, what was his fool of a vizier screaming and pointing at? 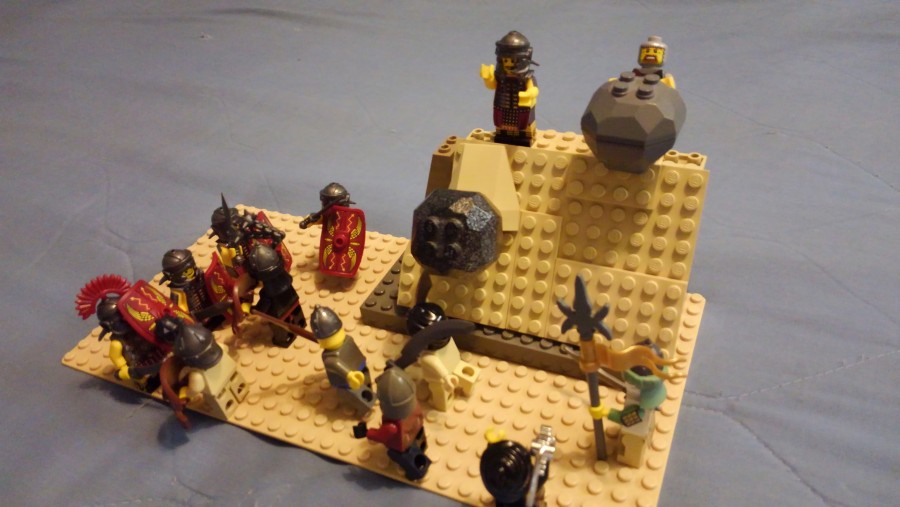 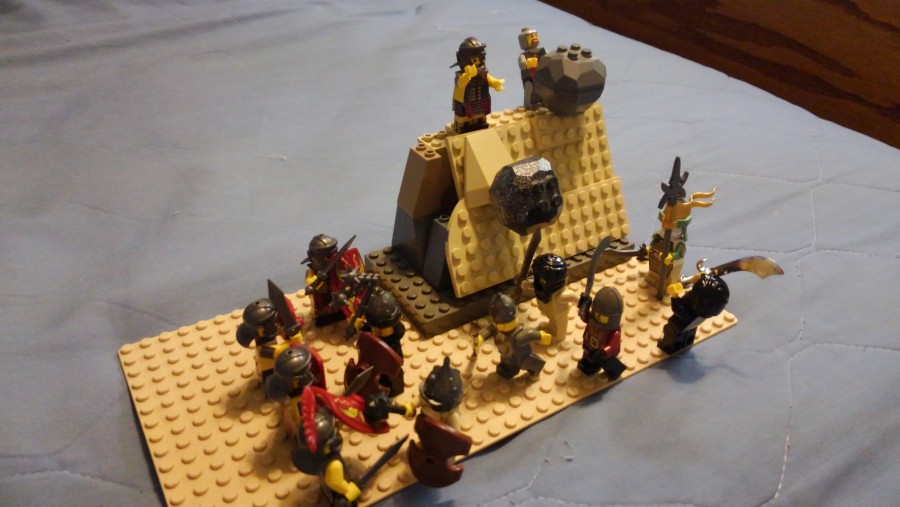 "A present from the Emperor, ya filthy bandits!" 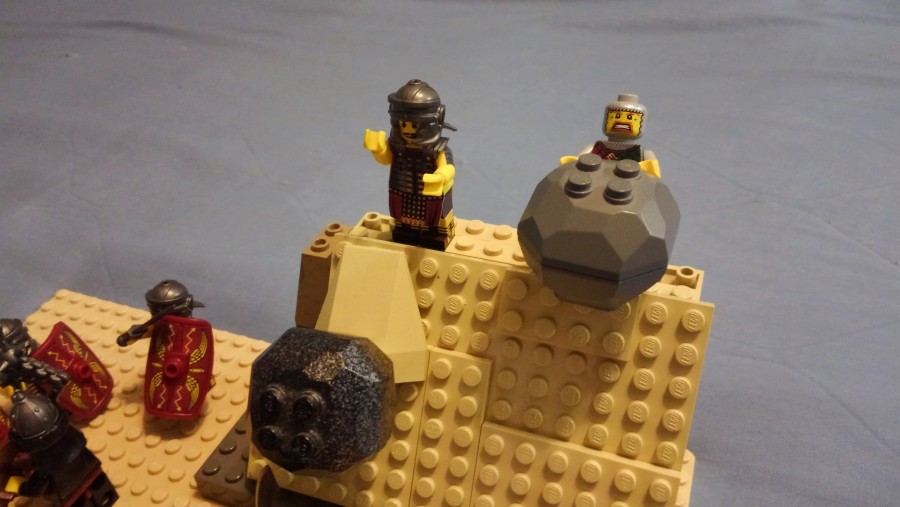 I remember getting feedback that my entry for the Fire contest didn't have enough happening in it, so I thought for this one, "since the theme is also part of the setting, why not make both work for me?"

Thank you for your consideration, I hope you enjoyed this last-minute entry!