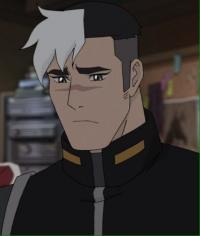 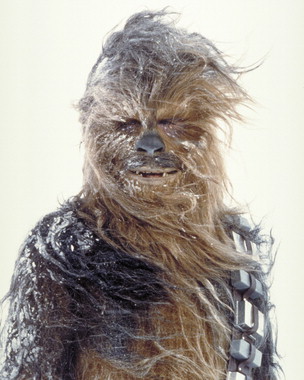 Hiya, I'm Harry Monster, an aspiring artist and comic maker. If ya wanna see some of my stuff, drop by my DeviantArt! And if you're interested in some of my MLP art, check out my Alt DeviantArt for MLP only! Yeah it's not much, I'm working on it, slowly improvin' mah skills and stuff. Still a long way to go.

"Hi" said another woman, approaching Adriana. DeWitt was focused on a particularly slimy bit and didn't look up, but judging from the sound of her armored footsteps it had to be on of their party. "Hm, glad to see you warriors aren't above some good old fashioned menial la-" Dewitt froze as she finally looked up and saw the woman was a templar, decked out in the full golden regalia. DeWitt was stunned for a second before the gleaming Templar picked up the brush that was lying on the deck and started scrubbing at the stains of green monster-blood. That's not something you see everyday.

DeWitt started scrubbing again, trying to figure out what to say. Generally speaking, Inquisitors were weirdos and Venatori were freaks. Had to be for a lifetime of chasing mages and trying to take down monsters, she understood it. But Templars just made her... uncomfortable, and she had a hard time not letting that show.

"Not that I don't appreciate the help, but aren't you afraid you'll soil all your fancy holy raiment?" DeWitt grimaced through an awkward smile.

DeWitt said nothing. Adriana DeWitt said nothing for a long time. She had believed the honesty in Neitha's voice but DeWitt's nerves were still as frayed as the end of an old rope after learning of Kye's true nature. Departing onto the ship hadn't helped matters either. It'd been a long time since she'd been on a ship, and an even longer time since she'd had to be in the general open bunkers of the crew. Without any privacy Adriana just couldn't get... comfortable. The stress of the encounter with the Prince of Pain and the sleep deprivation had left her in rough shape. In another time DeWitt would have eagerly rushed into battle when the angler fish beast assaulted the ship. But in her immediate state Adriana felt she'd hardly be able to keep herself together in a fight. So she sat huddled in a hidden corner, ashamed of how pitiful she was being. If only she could get some sleep...

After the sound of the battle died down, and they were still afloat, DeWitt assumed the crew and her party had won the day. One thing she knew about the terrors of the depths though, was that they always, always left a gargantuan mess. She rubbed her eyes, trying to chase away the pull of exhaustion and got to her feet, heading above deck to aid with the cleanup. She grabbed a  couple brushes and a bucket along the way, and when she reached the top deck she was immediately greeted with the remains of a severed tentacle, still squirming and twitching.

"Eeuugh," she nudged the appendage with her foot and it twitched in response. "Yeah I'm not picking that up," DeWitt muttered, giving the tentacle a solid kick. With a few more kicks she was rolling it across the deck and right back into the ocean, where in landed with a satisfying splash. "Sharks'll eat good tonight," she mused.

Adriana grabbed a spare rope and tied it to the bucket's handle, lowering it down to the sea and hauling up a full pail of water. With a huff she hefted the bucket back onto the deck, setting it down next to her. Then she dunked the brush in the water, got on her knees and started swabbing the deck. She smiled to herself. This brought her back to when she was a lowly deckhand. Didn't improve the stench of the slime at all though. Adriana left the spare brush next to the bucket, inviting anyone to help her clean.

HEY EVERYBODY!!! Holy crap I am so so sorry for leaving you all hanging. I went on this huge trip as part of a summer class for my college and I had to finish a lot of prep work before I left so I didn't have a chance to get any posts up before I was out in the wilderness with barely enough service to shoot a text to my family to let them know I hadn't gotten eaten by a bear. That's no excuse though, I managed my time really poorly and left a lot hanging. Especially you Sareth, and I'm really sorry about that.

But I'm back now and I'm gonna get caught up and I'll be sticking with this RP till the end! Expect a post very soon!

That looks awesome! Really cool armor design and I love the color pallet, especially that sky and the shattered moon!

Love is not an acceptable source of warmth