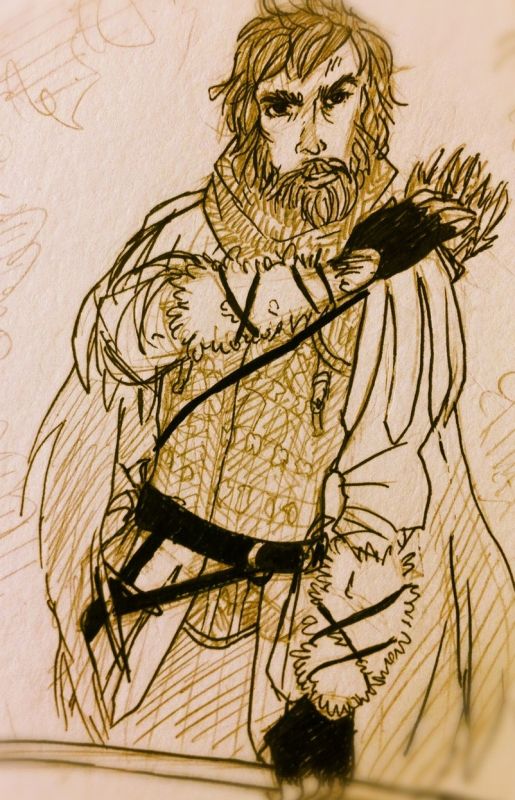 
He lost his wife and children in a raid by a particularly murderous robber band.
Having some experience with a bow, he slowly annihilated the band over several days.
Still aching from the loss, he spends most of his time in a bar, drinking his sorrows away.
Unfortunately for him, the alcohol cannot remove the pain.

Generally this is the part where he joins some band in a RP.


Full credit to my sister who sketched this picture.

Jul 13 2012 05:40 AM
BTW, she does commissions. her deviant art is Serpantinedoves, or you can simply contact her through me.

Splendid piece! I like the classic carton style of the illustration. You're sister has talent indeed. Great work!